New observations of “super-puff” exoplanets by the Hubble Space Telescope have provided scientists with more clues about these enigmatic and strange worlds. 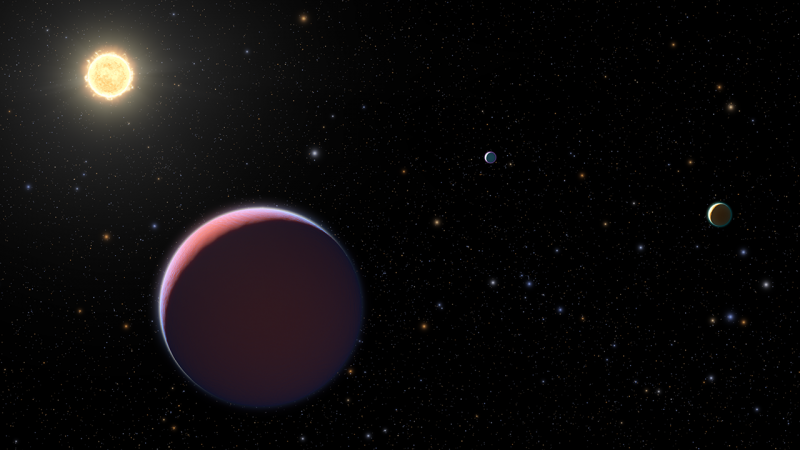 Exoplanets – planets orbiting distant stars – come in a wide variety of sizes, masses and compositions. Most found so far bear at least some resemblance to planets in our own solar system, either large and gaseous or smaller and rocky. Variations, so far anyway, have been more or less based on those two general themes. But another more enigmatic and exotic type of planet has been discovered, which looks like nothing in our solar system. Astronomers call them “super-puff” planets or cotton candy planets. They’re more lightweight (less dense) than any planets seen before.

A few of them have been known about since 2014, but researchers have now been able to take a closer look at three of these planets, orbiting the sun-like star Kepler-51, which is estimated to be 2,600 light-years away. The intriguing findings were made and announced by scientists working with the Hubble Space Telescope. The new peer-reviewed paper will be published soon in The Astronomical Journal.

These bizarre worlds are nearly the size of Jupiter, yet they are only 1/100th as massive. 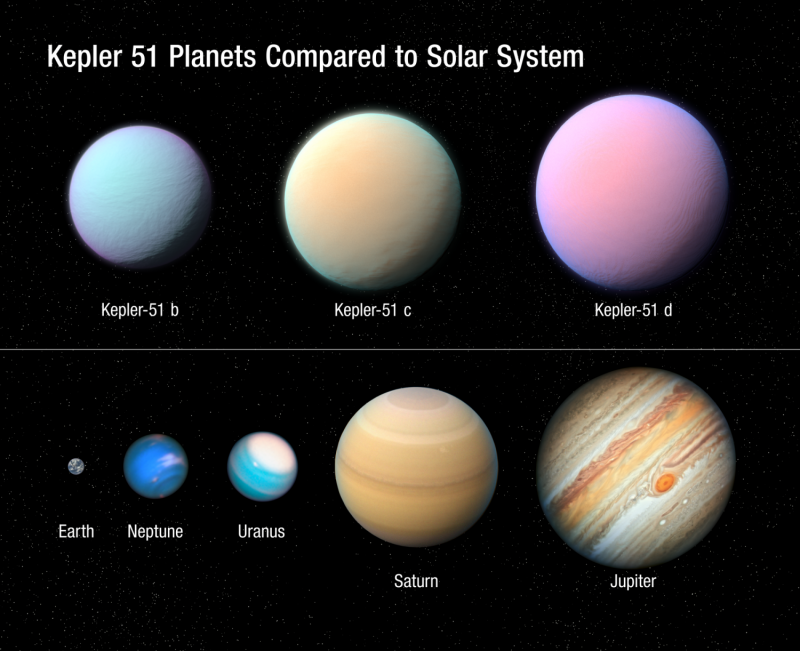 Artist’s impression of the 3 known Kepler-51 planets in contrast to some of the planets in our own solar system. Image via NASA/ ESA/ STScI/ CU Boulder Today.

Simply put, these planets are weird. As astronomer Jessica Libby-Roberts at the University of Colorado Boulder – who led the new study – stated:

Astronomer Zachory Berta-Thompson, also at UC Boulder and coauthor of the study, said:

This is an extreme example of what’s so cool about exoplanets in general. They give us an opportunity to study worlds that are very different than ours, but they also place the planets in our own solar system into a larger context.

The three planets orbiting Kepler-51 were first discovered in 2014, and fewer than 15 super-puff or cotton candy planets have been found in total so far. According to Berta-Thompson:

Their discovery was straight-up contrary to what we teach in undergraduate classrooms. 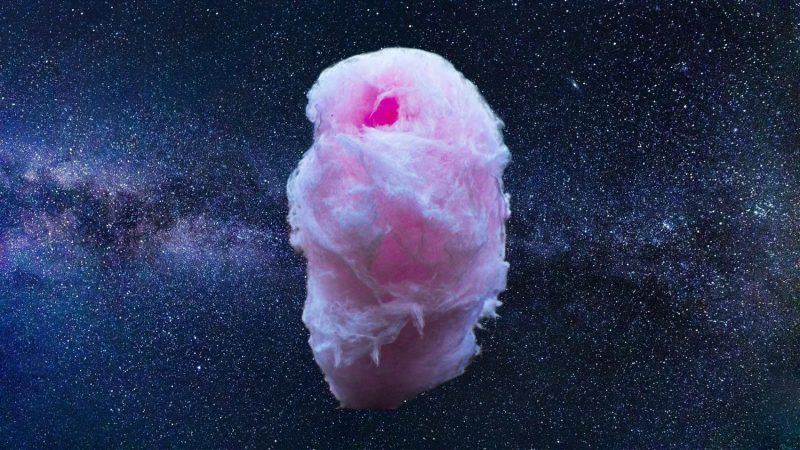 Cotton candy in space … do these planets actually look like this? No, they’re round like other planets. But their extremely lightweight composition is analogous to the lightness and fluffiness of the popular carnival treat of spun sugar. Image via CU Boulder Today.

The super-puff or cotton candy planets were found to have much lower densities than anything in our solar system, less than 0.1 grams per cubic centimeter of volume – almost identical to cotton candy, hence the nickname. Even lightweight Saturn, which could theoretically float in water, is still a lot denser than these worlds. As Libby-Roberts said:

We knew they were low density. But when you picture a Jupiter-sized ball of cotton candy – that’s really low density.

The researchers wanted to study the planets’ atmospheres. But instead of having transparent atmospheres, the planets were found to be enshrouded by opaque haze or clouds. Libby-Roberts said:

It definitely sent us scrambling to come up with what could be going on here. We expected to find water, but we couldn’t observe the signatures of any molecule. 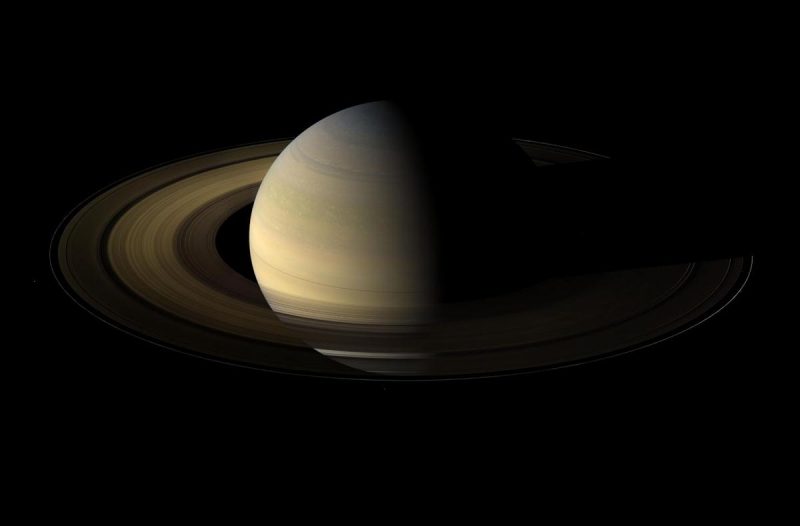 The gas giant planet Saturn as seen at equinox by the Cassini spacecraft. Its density is so low that it could, theoretically, float in water. But the super-puff planets have even lower densities than that. Image via NASA/ JPL/ Space Science Institute/ The Atlantic.

The planets seem to be composed mostly of the lightweight gases hydrogen and helium, covered by a thick layer of methane haze. This would make their atmospheres resemble that of Saturn’s moon Titan, which is also enshrouded by a thick methane haze. Libby-Roberts added:

If you hit methane with ultraviolet light, it will form a haze. It’s Titan in a nutshell.

But the researchers noticed something else about these planets, too. They are rapidly – cosmologically speaking, anyway – losing material to space. This means that they may not retain their cotton candy-like characteristics for any longer than the next billion years or so, as they continue to shrink in size. The innermost of the planets is losing billions of tons of material into space every second. Eventually, these worlds may look more like mini-Neptunes, so they may simply be in a transitory phase of planetary evolution. Libby-Roberts said:

People have been really struggling to find out why this system looks so different than every other system. We’re trying to show that, actually, it does look like some of these other systems.

A good bit of their weirdness is coming from the fact that we’re seeing them at a time in their development where we’ve rarely gotten the chance to observe planets. This system offers a unique laboratory for testing theories of early planet evolution. 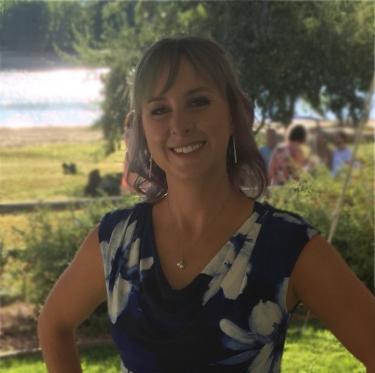 Scientists still want to determine these planets’ actual atmospheric compositions. NASA’s upcoming James Webb Space Telescope may be able to do that, since its sensitivity to longer wavelengths of light means it could possibly peer through the deep cloud layers. Until then, these planets are a tantalizing mystery, providing new clues as to how planets evolve, even the similar – but not quite as lightweight – giant planets in our own solar system.

Bottom line: New observations of  “super-puff” exoplanets by the Hubble Space Telescope have provided scientists with more clues about these enigmatic and strange worlds.