Astronomers find possible exoplanet-in-the-making within its own whirlpool

Astronomers have discovered a possible newly-born planet forming within its own “whirlpool” of dust and pebbles, in orbit around a young star 330 light-years from Earth. 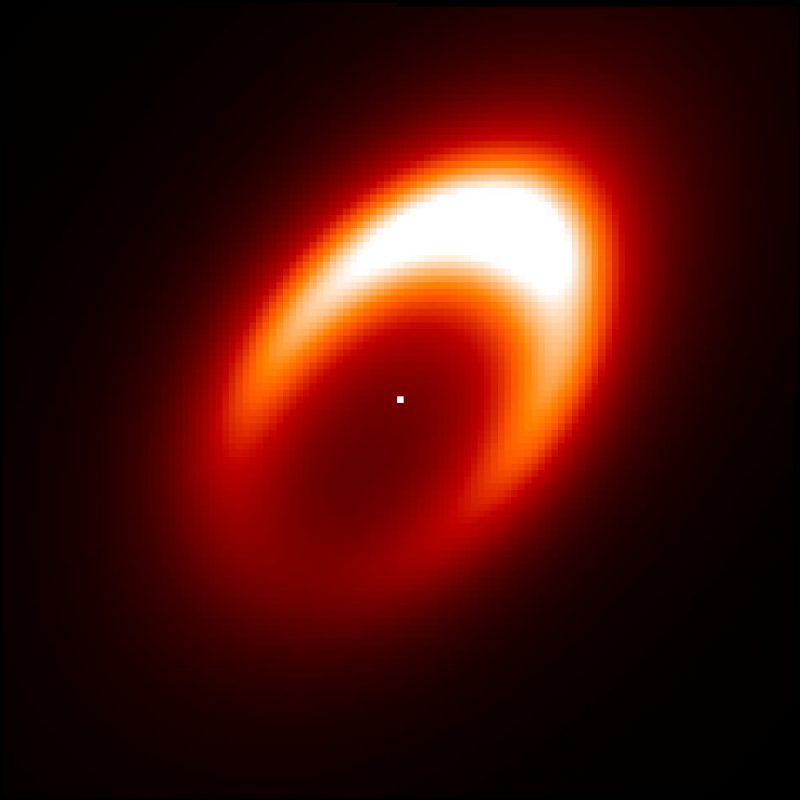 View of the young star HD 163296, with the newly-discovered vortex or “whirlpool” of dust and pebbles circling around it. The researchers think a new planet is forming in the brightest region, where pebbles are being ground to form warmer dust. Image via J. Varga et al./ Astronomie.nl.

Planets are born in massive swirling disks of gas and dust around newly formed stars. Astronomers have observed many of these protoplanetary disks, and often they can see concentric gaps in the disks, like grooves on an old vinyl phonograph record. It’s in those gaps that planets are forming from gas and dust coalescing together. On January 21, 2021, an international group of scientists, led by researchers in the Netherlands, announced they’ve zoomed in a little more and found what they think is a planet in the process of forming inside its own vortex or whirlpool of dust and pebbles. That is, they’re seeing not just a gap in a disk, but an actual world being born within its own planet-forming maelstrom. The discovery was made using the new MATISSE instrument, which combines and analyzes light from four separate telescopes at the ESO Observatory’s Very Large Telescope (VLT) on Cerro Paranal, in northern Chile.

The discovery was announced by Astronomy.nl on January 21, 2021, and a paper is pending, but not yet published. A free pre-print version is available at arXiv, however. 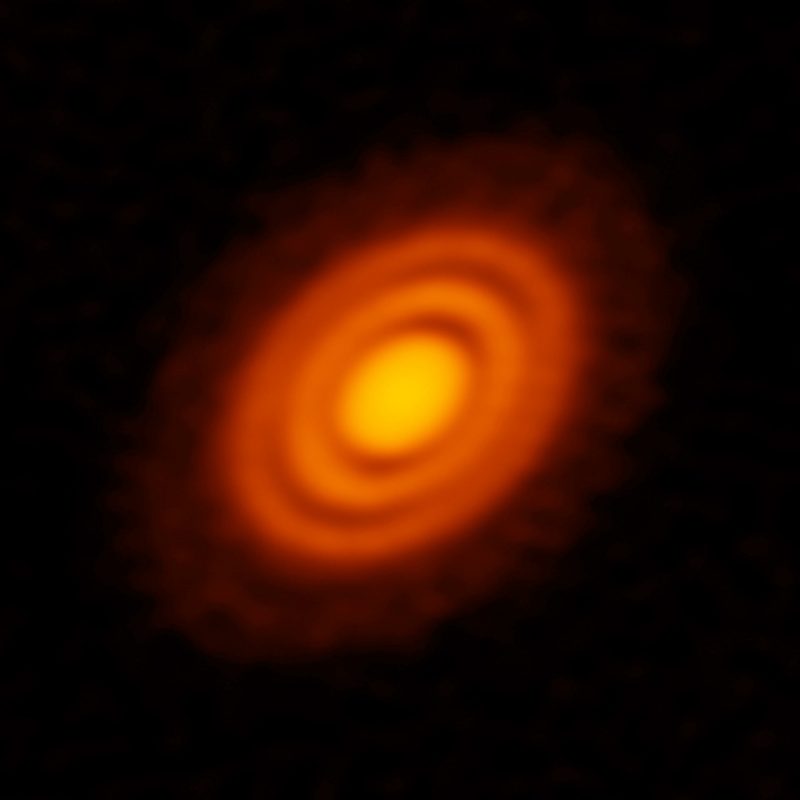 The main protoplanetary disk of dust, pebbles and gas surround the young star HD 163296. Three other giant planets are also known to be forming within the gaps of the disk. Image via ALMA/ ESO/ NAOJ/ NRAO/ AUI/ NSF/ A. Isella/ B. Saxton/ Sci-News.

The young star, HD 163296, is about 330 light-years from Earth, in the constellation Sagittarius. It is only about four million years old, and twice as massive as our sun.

The star has already been much studied by astronomers, but the researchers, led by József Varga at Leiden University in the Netherlands, wanted to take a closer look at the inner part of the disk surrounding the star. They did so in March and June 2019, and saw something interesting: a smaller ring of warm, fine dust orbiting the star, at about the same distance that Mercury is from our sun.

Could this be where a planet is forming? The researchers say that is probably exactly what it is, since they noticed something else about the ring: one part of it was much brighter and hotter than the rest of it, appearing bright whitish-yellow in the images taken.

According to the researchers, this bright region is a vortex, ie. the whirlwind, where a planet is gradually forming right before our eyes. 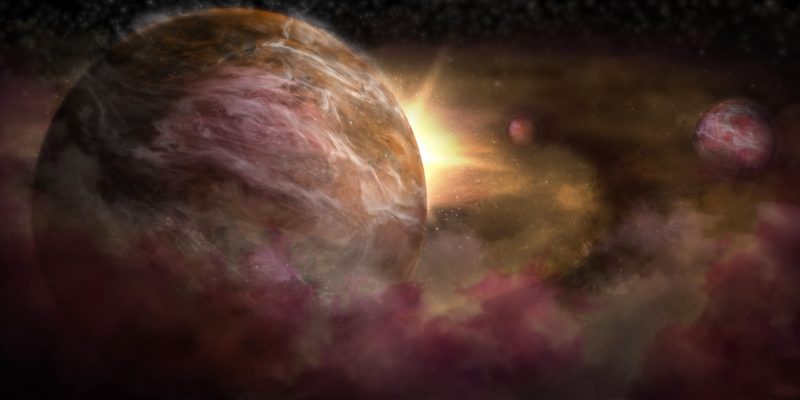 Why does this vortex look so bright? The scientists say it is where rocky pebbles are being ground into fine dust, producing more heat. This is a bit different from other places in the disk, where the pebbles are just clumping together.

The planets in our own solar system, including Earth, began their lives in much the same way, as dust, pebbles and gas coalesced together, eventually creating actual rocky, icy and gaseous worlds.

The MATISSE instrument is powerful; by combining the light from the four telescopes, it creates the equivalent of a single telescope with a virtual diameter of 200 meters (656 feet). Its main mission is to analyze the infrared radiation coming from stars. Since dust disks and planets emit this kind of radiation, MATISSE can detect them by analyzing the amount of radiation being emitted. 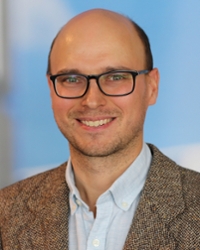 HD 163296 is already known to have three other giant young planets in wide orbits. Like the newest discovery, these planets are babies, still not fully formed yet. Their discovery, made by the Atacama Large Millimeter/submillimeter Array (ALMA) observatory, was announced in 2018. Like other protoplanets, as they are called, they reside within the gaps in the main protoplanetary disk surrounding the star. These planets were discovered by two teams of astronomers measuring the flow of gas within the disk. According to Christophe Pinte, an astronomer at Monash University in Australia:

Measuring the flow of gas within a protoplanetary disk gives us much more certainty that planets are present around a young star. This technique offers a promising new direction to understand how planetary systems form.

We looked at the localized, small-scale motion of gas in the star’s protoplanetary disk. This entirely new approach could uncover some of the youngest planets in our Milky Way galaxy, all thanks to the high-resolution images from ALMA. 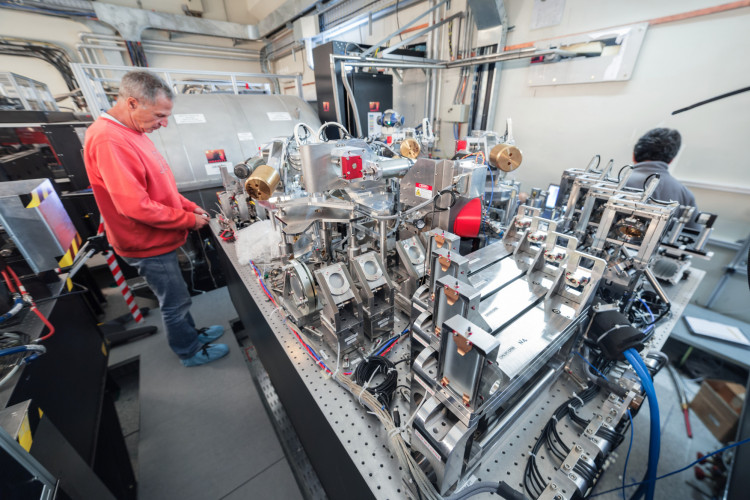 This newest and smaller planet, if confirmed, would be the fourth in this system.

The researchers now want to make similar observations of other stars with protoplanetary disks, in particular ones that may contain developing rocky planets like Earth. That would provide important clues as to how our own world was born and evolved.

Bottom line: International researchers, led by a team in the Netherlands, have discovered a possible new-born planet forming in a “whirlwind” of dust and pebbles around a young star.

Source: The asymmetric inner disk of the Herbig Ae star HD 163296 in the eyes of VLTI/MATISSE: evidence for a vortex?