Join online as leading space scientists discuss the legacy of Apollo 11 during the mission’s 50th anniversary this week. 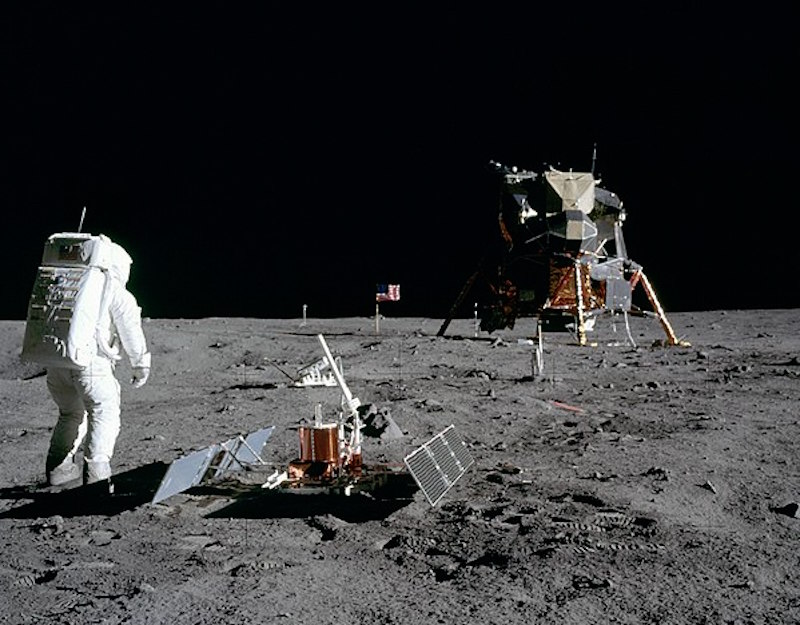 Astronaut Buzz Aldrin on the moon during the Apollo 11 mission. Image via Neil Armstrong/NASA.

This evening (July 17, 2019), join space scientists at the National Archives in Washington, D.C., where they’ll discuss the legacy of Apollo 11, whose 50th anniversary is this week. Titled Small Steps and Giant Leaps: How Apollo 11 Shaped Our Understanding of Earth and Beyond, the event will highlight how the study of the moon has led to a deeper understanding of Earth and the solar system, including their origins, and what the world stands to learn from continuing planetary science missions.

The program will be streamed live on YouTube, and begins at 7 p.m. EDT (23:00 UTC; translate UTC to your time).

Moderated by NASA Chief Scientist Jim Green, the panel will include:

The event is a partnership between the American Geophysical Union (AGU) and the National Archives and is a part of AGU’s Centennial celebration.

Bottom line: Watch leading space scientists discuss the legacy of Apollo 11 during this week’s 50th anniversary of the mission.