It was the first time astronomers knew just when and where a piece of space debris would reenter Earth’s atmosphere. It was last night, over the Indian Ocean. 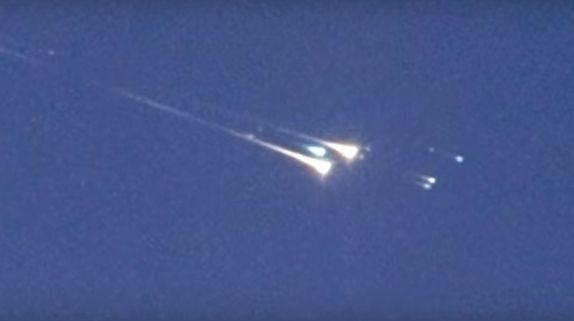 Video still of reentry of object WT1190F, via the International Astronomical Center (IAC) and the United Arab Emirates Space Agency.

UPDATE NOVEMBER 14, 2015. Object WT1190F – nicknamed WTF – reentered Earth’s atmosphere as predicted on Friday. It was the first-ever precisely predicted fall of space debris. Scientists captured images of it as it fell over the southern waters near Sri Lanka, in the Indian Ocean. There were a few unconfirmed reports of a “loud noise.” The reentry was seen on November 13, 2015 between 06:18:34 and 06:18:41 UTC. That was during the night of November 12 for those in the central U.S.. Translate to your time zone here.

The International Astronomical Center (IAC) and the United Arab Emirates Space Agency hosted a team of veteran U.S. and German observers of spacecraft reentries to study the reentry of the object, which was approximately 1 meter (about 3 feet) in size. They created the video below.

We have not heard any reports that the reentry was seen from the ground. Veteran space reporter Alan Boyle wrote late Thursday night:

Was it a spent Apollo rocket stage from the ’60s? A scary space rock? Whatever it was, the mysterious object known as WT1190F zoomed in from deep space and went out in a largely unseen blaze of glory today.

Astronomer Jonathan McDowell at the Harvard-Smithsonian Center for Astrophysics in Boston reported the event on Twitter.

Reports from observers on the beach in southern Sri Lanka indicate nothing seen from the ground. No word from Stuttgart/UAE airborne team

. @Anuruddhawaru @isuranirmal If the loud noise was heard from widely separated locations at the same time, could be sonic boom from WT1190F 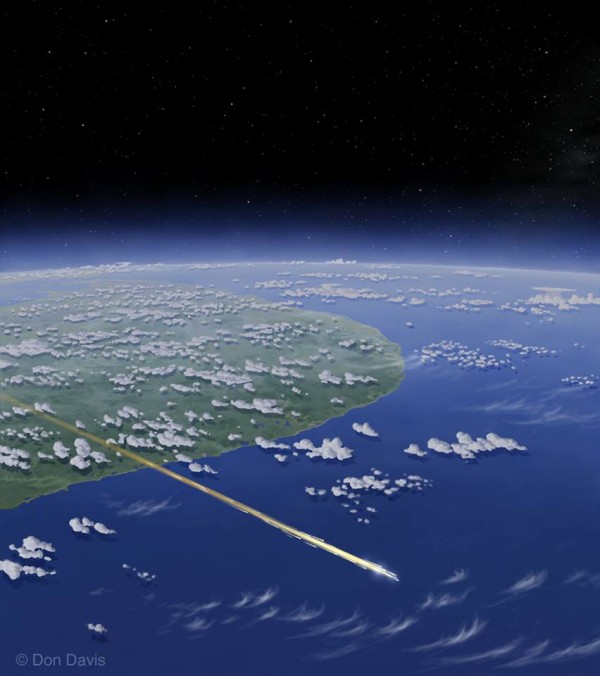 View larger. | Artist’s concept of the predicted reentry of space debris WT1190F, over the Indian Ocean south of Sri Lanka. Original artwork copyright Don Davis. Used with permission. Further use in print or video by arrangement with Don Davis. Visit his website.

Was hoping the clouds would clear to allow seeing #WT1190F burn up. No such luck from Male', #Maldives :( pic.twitter.com/kWZpXVVzuC 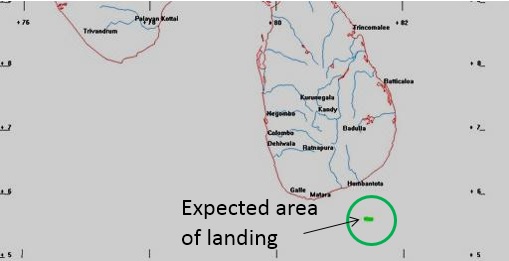 Predicted reentry area – south of Sri Lanka in in the Indian Ocean – for space debris WT1190F. This map is from the Sri Lanka Ministry of Defense. The word ‘landing’ on this map is not correct, as the debris was expected to burn up in the atmosphere, and seems to have done so.

Earlier this week, a “no fly”and “no fishing” zone had been issued for the ocean near Sri Lanka, as precautionary measures. The debris – labeled WT1190F by scientists – had not been expected to enter over land. It was expected to burn up in the atmosphere, and it seems to have done so. The Ministry of Defense in Sri Lanka wrote on November 9:

A state of ‘Fishing Ban’ and a ‘No-Fly-Zone’ have been imposed in the Southern sea area and over the sky as a space debris named WT1190F is expected to enter the Earth’s atmosphere on November 13. The space junk is expected to fall into the ocean about 65 km to 100 km [40 to 60 miles] off the southern coast of Sri Lanka.

According to the scientific information, its mass is not sufficient to cause any threat to the area as it appears to be manmade and quite small. 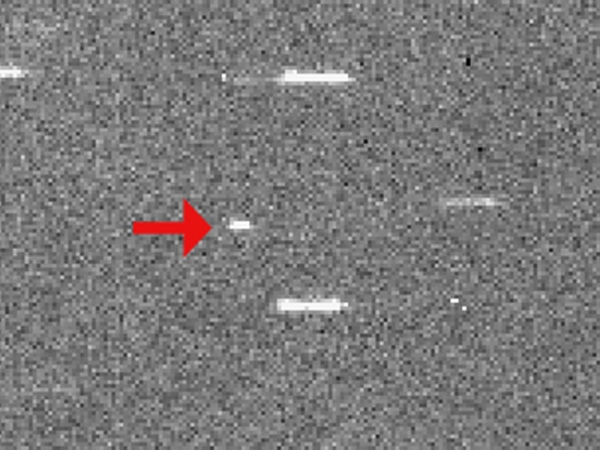 Small object WT1190F. It was the first chunk of space debris whose exact time and location of re-entry was predicted in advance. This image, acquired October 9, is from the University of Hawaii’s 2.2 meter telescope on Mauna Kea, Hawaii. Image via B. Bolin, R. Jedicke and M. Micheli.

Since 1957, when Sputnik 1 became Earth’s first artificial satellite, an unintended consequence of spaceflight has been a growing population of debris – space junk – orbiting Earth. Much of debris will eventually fall back into Earth’s atmosphere, and incinerate. But space junk does pose an increasing hazard, and, over the years, the uncontrolled reentry of large chunks of debris has caused some nail biting.

Planetary astronomer Nick Moskovitz of Lowell Observatory in Flagstaff is one of many observers around the world helping to study object WT1190F. He told EarthSky in late October:

This is one of the first times we have been able to predict, specifically, the time and location of reentry for a piece of space debris. With this information, astronomers will be able to point instruments to that location and study the reentry. Our data have helped to narrow down the point of reentry to a fairly small location out over the Indian Ocean, south of Sri Lanka.

Experts estimate 20,000 objects larger a softball in Earth orbit. The estimated population of marble-sized particles is approximately 500,000. The number of particles smaller than marble-sized exceeds 100 million. Much of this debris is leftover fragments from spacecraft.

Astronomers said in late October that WT1190F likely measures in the range of three to six feet (1-2 meters) in diameter, and I have not heard an update on this figure. They said they think it might be a spent rocket body or other component from a spacecraft bound for the moon. The Catalina Sky Survey (CSS), based near Tucson, pinpointed object WT1190F on October 3. Later, they realized they’d spotted it twice before, in 2013.

Those combined observations let astronomers create a computer model of WT1190F’s orbit around Earth, and it let them predict when and where it’ll reenter.

Moskovitz said in October the debris would probably burn up after entering the atmosphere. He said:

We don’t know what it is so we don’t know its shape and how it’s going to fragment. A piece of a solar panel, for instance, would behave differently than a booster tank. There is certainly the possibility that pieces could make it to the ground, though I think it’s unlikely.

Moskovitz said he planned to observe the object remotely with the Southern Astrophysical Research (SOAR) telescope in Chile, collecting images and spectral data. 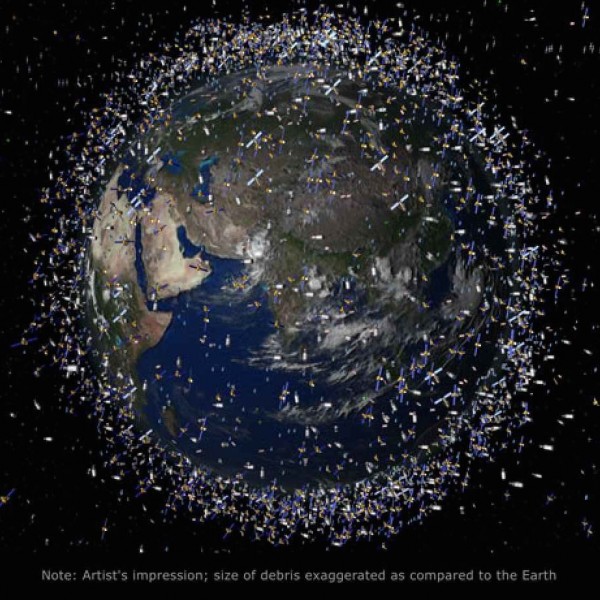 Bottom line: Object WT1190F reentered the atmosphere over the Indian Ocean, in the vicinity of Sri Lanka.