How does the solar wind affect Earth?

Why should we care about the new findings – released this week – from NASA’s Parker Solar Probe? This new NASA video explains how the solar wind – a stream of charged particles from the sun – affects earthly astronauts and technologies.

Scientists released four new papers in the journal Nature this week, outlining new discoveries from NASA’s Parker Solar Probe, which has come closer to our parent star than any previous spacecraft. This new NASA video – released November 24, 2019 – explains why we should care. It describes the solar wind, the stream of particles that begins in the sun’s inner atmosphere and continues out beyond our solar system.

Here on Earth’s surface, we’re protected from the solar wind by our blanket of atmosphere. In fact, earthly skywatchers look forward to announcements of storms on the sun, which send the solar wind outward. They can set off geomagnetic storms that lead to beautiful displays of auroras, or northern lights, typically seen at high latitudes and somtimes, if the solar wind is strong enough, extending down into lower latitudes.

But these same solar storms can also disrupt orbiting satellites (they can be the reason we all have mobile phone issues on the same day). They’ve been known to cause earthly power grids to fail, causing blackouts. And they’re a danger to our astronauts in space.

Watch the video to learn more. 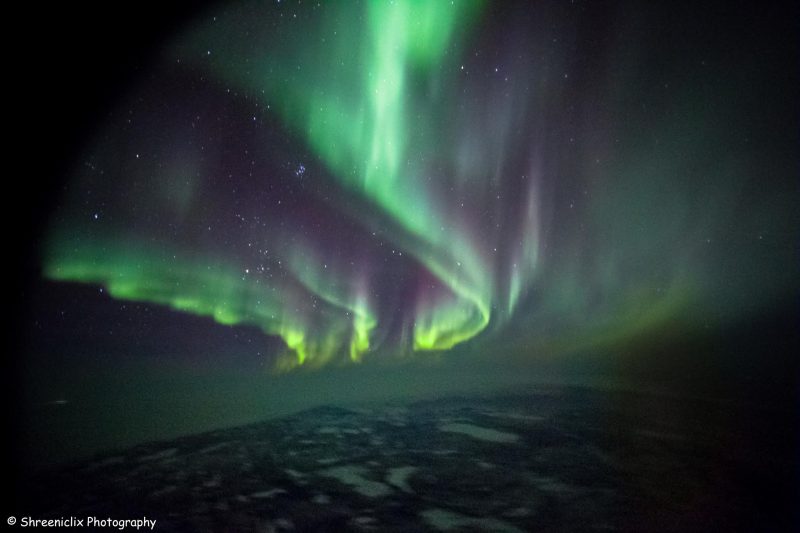 A beautiful example of an aurora, caused by the interaction of the solar wind with Earth’s magnetic field. Shreenivasan Manievannan captured this photo on November 2, 2016, from an airplane flying over northern Canada near the Arctic Circle.

Bottom line: NASA video on the solar wind and how it affects Earth.