Parker Solar Probe – now in its 4th orbit around the sun – can endure heat and radiation like no previous mission. This week, 4 new studies in Nature reveal new insights about the sun’s mysterious corona and solar wind.

Scientists who study the sun are buzzing this week about four new papers published in the peer-reviewed journal Nature on December 4, 2019. The papers are based on data collected by the record-setting Parker Solar Probe mission – launched in 2018 – during the spacecraft’s first two close sweeps past our parent star (late 2018 and early 2019). These early studies, the scientists say, have provided insights into the two fundamental questions the Parker Solar Probe mission was designed to answer. First, defying all logic, why does the sun’s outer atmosphere – or corona – become much, much hotter the farther it stretches from the sun’s surface? Second, what accelerates the solar wind – a supersonic stream of protons, electrons and other particles – emanating from the corona and permeating the entire solar system?

A December 4, 2019, statement from scientists at the University of Michigan – who work with one of the instruments aboard the Parker Solar Probe – explained:

Both questions have ramifications for how we predict, detect and prepare for solar storms and coronal mass ejections that can have dramatic impacts on Earth’s power grid and on astronauts.

Nour E. Raouafi, project scientist for Parker Solar Probe at the Johns Hopkins Applied Physics Laboratory in Laurel, Maryland, which built and manages the mission for NASA, added in a separate December 4 statement:

The sun has fascinated humanity for our entire existence. We’ve learned a great deal about our star in the past several decades, but we really needed a mission like Parker Solar Probe to go into the sun’s atmosphere. It’s only there that we can really learn the details of these complex solar processes.

And what we’ve learned in just these three solar orbits alone has changed a lot of what we know about the sun.

Isn’t this beautiful? It’s an illustration of our sun – our local star – and its outer atmosphere, or corona, extending into space. Mysteriously, the corona is hotter than the sun’s surface. It releases the solar wind, a stream of charged particles that sometimes affects earthly satellites and power grids. Space scientists launched the Parker Solar Probe to study both the corona and solar wind. Image via NASA’s Goddard Space Flight Center/Lisa Poje/Genna Duberstein.

Justin Kasper of the University of Michigan, who serves as principal investigator for Parker’s Solar Wind Electrons Alphas and Protons (SWEAP) instrument suite. He led one of the new studies and is co-author of two others. In their statement, these scientists said that the Parker Solar Probe revealed that the sun’s rotation or spin on its axis – completing a single spin only once every 27 days at its equator – has an impact on the solar wind much farther away than previously thought. They already knew that – near the sun – the sun’s magnetic field pulls the solar wind in the same direction that the sun spins. Farther from the sun, at the distance the spacecraft measured in these first encounters, they had expected to see, at most, a weak signature of that rotation. However, Kasper said:

To our great surprise, as we neared the sun, we’ve already detected large rotational flows – 10 to 20 times greater than what standard models of the sun predict.

So we are missing something fundamental about the sun, and how the solar wind escapes.

This has huge implications. Space weather forecasting will need to account for these flows if we are going to be able to predict whether a coronal mass ejection will strike Earth, or astronauts heading to the moon or Mars.

See a video: How does the solar wind affect Earth? 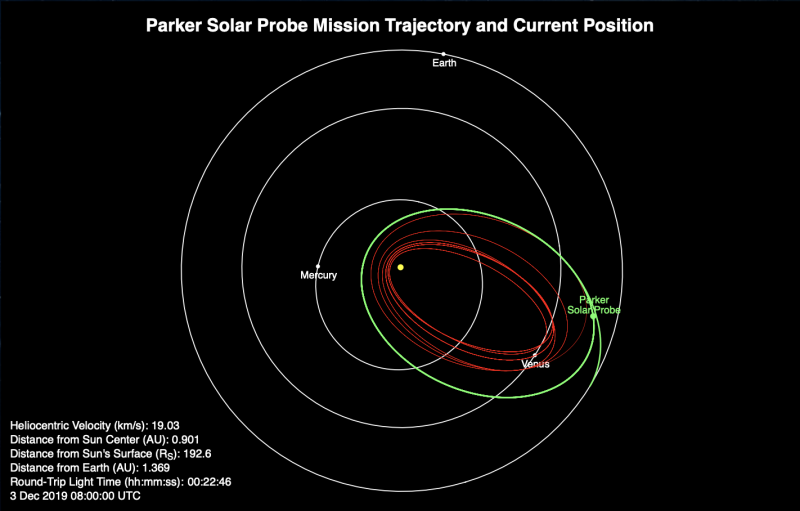 Parker Solar Probe’s findings regarding the sun’s magnetic field – which is believed to play a role in the coronal heating mystery – were equally surprising, the scientists said. The new findings relate to what called Alfvén waves, which are waves that occur in a plasma (the sun is so hot that most of its gas exists in plasma form). Alfvén waves were detected in the solar wind long ago. Some researchers though they might be remnants of whatever mechanism is causing the mysterious heating of the sun’s outer atmosphere, or corona. Parker researchers were on the lookout for indications that might be the case, but found something unexpected. Kasper explained:

When you get closer to the sun, you start seeing these ‘rogue’ Alfvén waves that have four times the energy than the regular waves around them. They feature 300,000 mph velocity spikes that are so strong, they actually flip the direction of the magnetic field.

According to these scientists:

Those polarity-reversing velocity spikes offer another potential candidate for what may cause the corona to get hotter moving away from the sun.

That’s clearly an early result, but it gives space scientists something to be watching for as – aided by breakthrough technologies that let the craft endure heat and radiation like no previous mission – Parker Solar Probe continues to sweep closer and closer to the sun.

And sweeping close to the sun is, in fact, Parker Solar Probe’s job. It’ll ultimately come within 4 million miles of the sun’s surface.

The probe launched on August 12, 2018. On October 29 of that year, it broke its first record, coming closer to the sun than any other human-made object (passing within the previous record of 26.55 million miles from the sun’s surface, set by the German-American Helios 2 spacecraft in 1976).

As the Parker Solar Probe mission has progressed, the spacecraft has repeatedly broken its own records, coming closer and closer to the sun. Its most recent perihelion (closet point to sun) – perihelion #3 – was September 1, 2019. The next one – perihelion #4 – will be January 29, 2020. In 2024, the craft is expected to come within 4 million miles of the sun’s surface (3.83 million miles, or 6.1 million km). Click here for a timeline showing upcoming perihelions in the mission.

Data collected during the spacecraft’s first two solar orbits was released on November 12. This week, these four new papers are causing a stir.

And the Michigan scientists aren’t the only ones excited about the data from the Parker Solar Probe. Heliophysicists around the globe have a reason to be excited. For example, Joe Giacalone of the Lunar and Planetary Laboratory at the University of Arizona – team member for another instrument aboard the probe (Integrated Science Investigation of the Sun) – commented to Jasmine Demers in an article in the Arizona Daily Star on December 2, 2019:

This is an exciting time to be a heliophysicist.

The data that is now publicly available comes from a region of space we have never sampled previously. With many brilliant scientists now poring through this amazing data set, new discoveries about our star are soon coming. 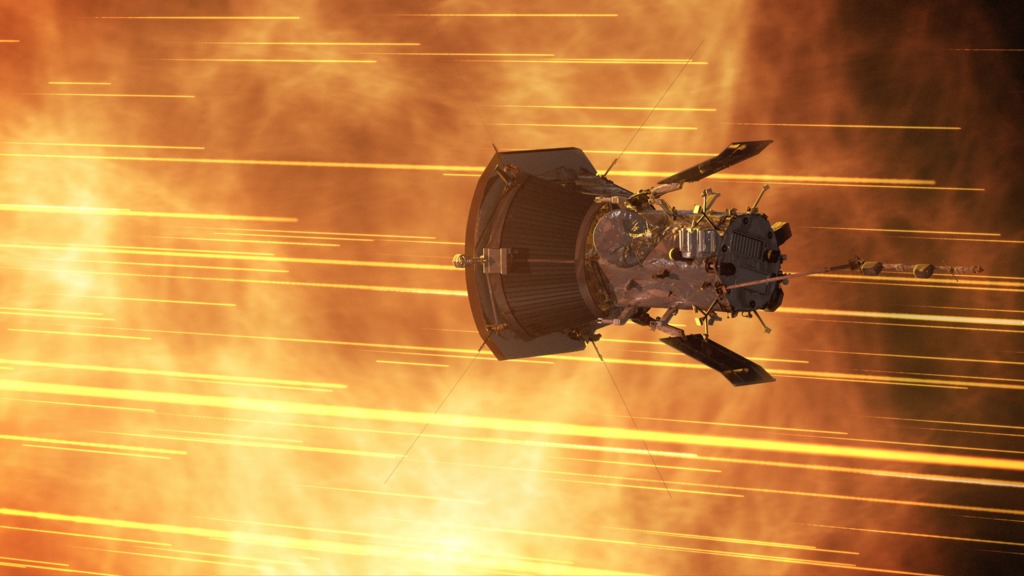 Bottom line: Parker Solar Probe – launched in 2018 and now in its 4th orbit around our local star – is designed to endure the sun’s heat and radiation like no previous mission. This week, 4 new studies in Nature – related to the solar wind and corona – have space scientists buzzing.

Source: Probing the energetic particle environment near the sun