Why Pluto is losing atmosphere: Winter is coming

Pluto’s orbit is very elongated. Right now, it’s in a part of its orbit where its distance from the sun is steadily increasing. That fact is devastating its atmosphere. 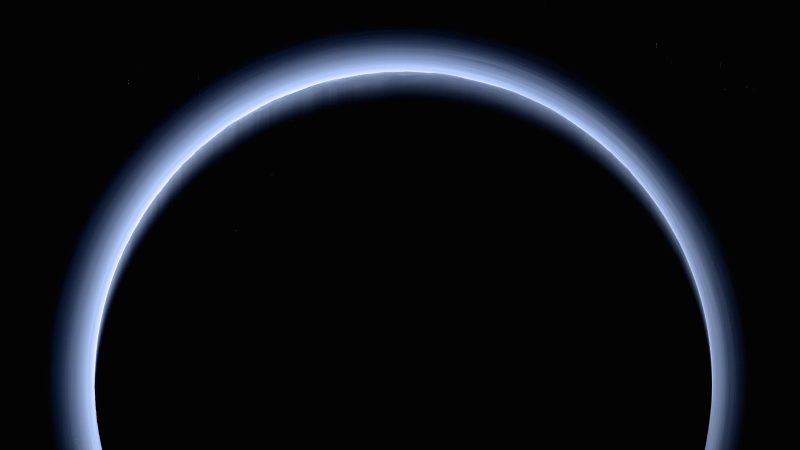 By Andrew A. Cole, University of Tasmania

The dwarf planet’s tenuous atmosphere appears to be on the verge of a stunning collapse due to a change in the seasons and approaching colder conditions, according to research to be published in the journal Astronomy & Astrophysics.

Discovered in 1930, it was only around 1980 that astronomers began to suspect Pluto might have an atmosphere. That atmosphere was tentatively discovered in 1985 and fully confirmed by independent observations in 1988.

At the time, astronomers had no way of knowing what dramatic changes were in store for the little world’s thin envelope of nitrogen, methane and hydrocarbons.

This animation combines various observations of Pluto over the course of several decades. Image via NASA.

This coincidence means Pluto passes relatively often between us and a background star. When this happens, its shadow falls on Earth, an event astronomers refer to as an occultation.

During an occultation, any observatory that happens to lie within the path of the shadow can watch the star seem to disappear as Pluto passes in front of it, and then to reappear as the planetary alignments shift. For any given place on Earth’s surface, a Pluto occultation lasts a couple of minutes at most.

The technique of occultations has been widely used to study the orbits, rings, moons, shapes and atmospheres of the worlds of the outer solar system, including asteroids, comets, planets and dwarf planets.

By comparing what observers see at different locations on Earth, the size and shape of the occulting world can be worked out. If the object has an atmosphere, then for a few brief seconds as the starlight winks out and then comes back on, the starlight can be altered by absorption and refraction as it passes through the planetary atmosphere.

Since the first successful occultation measurements in the 1980s, a succession of observations have established increasingly precise measures of Pluto’s radius, as well as continually sharpening our understanding of the temperature and pressure of its atmosphere.

Like Earth, Pluto has a seasonal cycle due to the inclination of its poles to the plane of its orbit. Over the course of Pluto’s long year – equivalent to 248 Earth years – first the north pole and then the south pole are angled toward the distant sun. 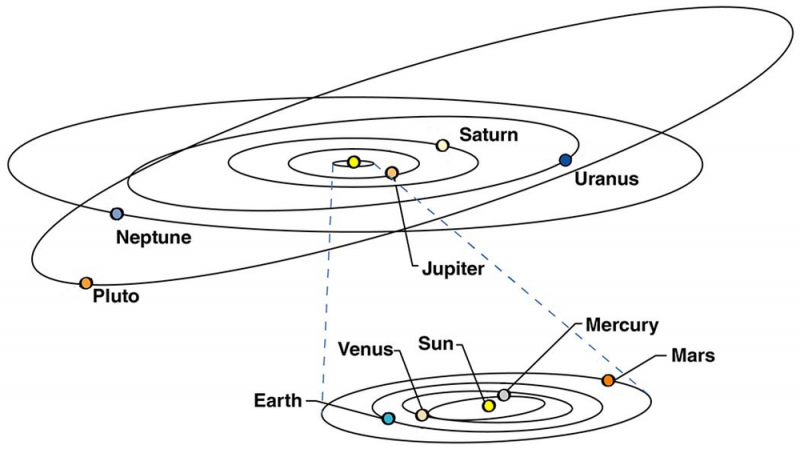 A drawing of the solar system shows Pluto’s tilted orbit, which is also more elliptical than that of the planets. Image via NASA (modified).

But unlike Earth, Pluto’s orbit is stretched into an extreme elliptical shape. Its orbit is so elongated that its distance from the sun varies from 4.4 to 7.4 billion kilometers [2.7 to 4.6 billion miles] (30 to 50 times as far as the Earth-sun distance).

By contrast, Earth’s distance from the sun varies by only 3.4 percent over a year. Pluto’s atmosphere was discovered just before Pluto reached its closest approach to the sun, which happened in 1989.

Since 1989, Pluto has been retreating from the sun. The temperatures have been decreasing accordingly.

At the time Pluto started moving away from the sun, astronomers expected that this would cause its atmospheric pressure to drop, in much the same way that the pressure in an automobile tire decreases with cold weather and increases in the heat. On the contrary, observations from 1988-2016 have shown a steady increase in the atmospheric pressure.

Immediately before the arrival of NASA’s New Horizons probe in 2015, occultation measurements discovered the atmospheric pressure on Pluto has tripled since 1988 (the equivalent on Earth would be to compare the pressure at the top of Mt. Everest to that at sea level).

What is the cause of the discrepancy? Any thought that the occultation measurements were in error was banished by the Radio Science Experiment (REX) aboard New Horizons, which returned direct measurements in agreement with the Earthbound observers.

The new research has solved the mystery using a seasonal model for the transport of gas and ice around the surface of the planet.

Even though Pluto is moving farther from the sun every year, its north pole is continuously sunlit during this part of its orbit, causing its nitrogen ice cap to revert to the gas phase.

This explains the rapid increase of atmospheric pressure over the past three decades.

But the climate modeling shows this trend will not continue. 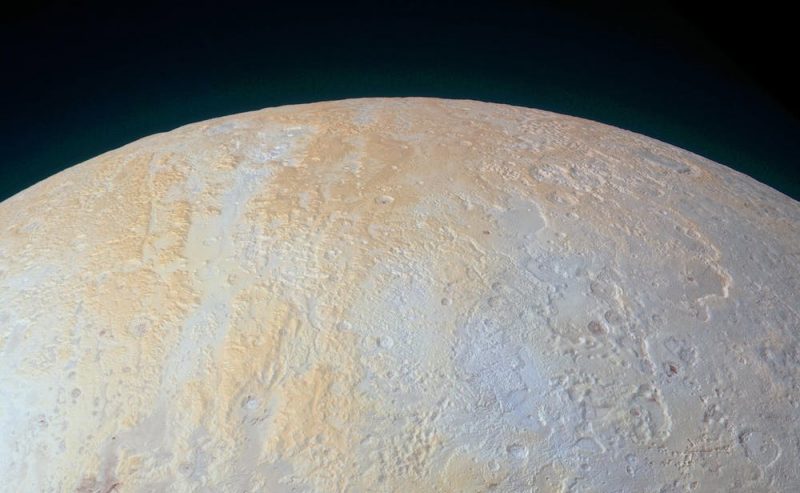 Pluto will continue to move farther from the sun until the year 2113, and the weak sunlight will not be sufficient to similarly warm the southern polar regions.

During the long northern autumn and winter, Pluto’s atmosphere is expected to collapse, frosting out onto the surface like ice on a car windscreen on a clear and cold winter night.

At its lowest ebb, the atmosphere is predicted to have less than five percent of its current pressure. The combination of Pluto’s close approach to the sun and northern hemisphere spring won’t recur until the year 2237.

Until then, it will be of critical importance to test our understanding of planetary atmospheric models under extreme low-temperature and low-pressure conditions through continued occultation measurements.

But these opportunities will become less frequent as Pluto’s orbit takes its apparent position farther from the dense starfields of the galactic center that helped us make the observations.

Andrew A. Cole, Senior Lecturer in Astrophysics, University of Tasmania

Bottom line: An astrophysicist explains why Pluto is losing its atmosphere.