Plants sprout – and die – on moon

For the 1st time ever, plants were sprouted on the moon – but didn’t survive long – as part of a biosphere experiment on China’s Chang’e-4 lander. 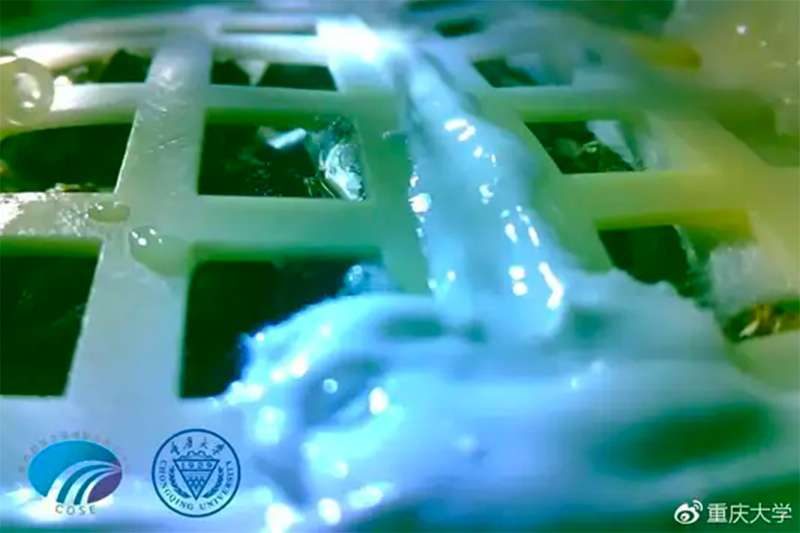 Photo showing the sprouting cotton seeds in the biosphere experiment on China’s Chang’e-4 lander. Other images that have been posted on social media are from the control experiment on Earth, not the moon. Image via Chongqing University.

For a few days in early January 2019, we could say “There’s life growing on the moon!”

Cotton seeds on China’s Chang’e-4 lander sprouted, becoming the first plants to ever germinate on the moon. The successful germination was reported by Chinese media on January 15, 2019. The seeds are part of a biosphere experiment on the lander, to help prepare for eventual human settlements.

Unfortunately, however, the little sprouts have already perished.

Photos sent back to Earth showed the cotton seeds sprouting on January 7. The experiment, conducted by researchers and students at Chongqing University in central China, also included oilseed rape, potato and arabidopsis seeds, as well as yeast and fruit flies, kept in a sealed growing chamber. By January 13, however, the sprouts had died, succumbing to freezing temperatures that plunged to -62 degrees Fahrenheit (-52 degrees Celsius) during the lunar nighttime.

First in human history: A cotton seed brought to the moon by China's Chang'e 4 probe has sprouted, the latest test photo has shown, marking the completion of humankind's first biological experiment on the moon pic.twitter.com/CSSbgEoZmC

The experiment – which did not use batteries – consisted of the canister, the six species, water, soil, air, two small cameras and a heat control system, and it ran for a total of 212.75 hours. The organisms will now gradually decompose, after lunar daytime begins again, but because they are inside the sealed container, they will not contaminate the lunar surface.

Although this is the first time that plants from Earth have been grown on another solar system body, various similar experiments have been conducted on the International Space Station (ISS), including cucumbers. Algae had also been found to survive for 530 days on the outside of the ISS. 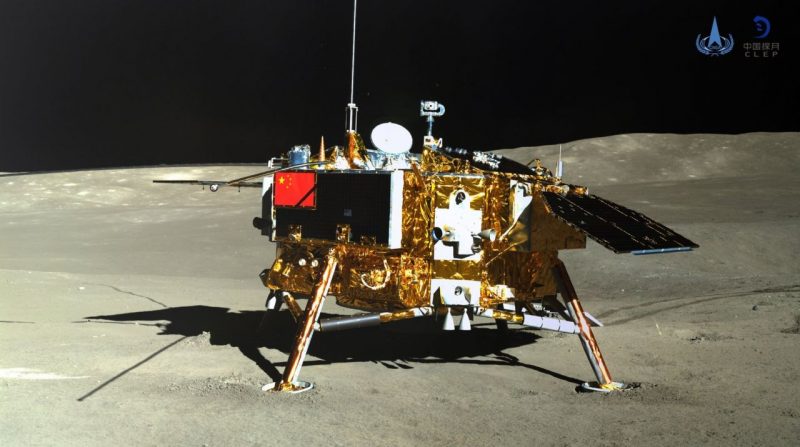 The Chang’e-4 lander, imaged by the Yutu-2 rover on the far side of the moon in January 2019. Image via CLEP/CNSA.

Being able to grow plants – especially vegetable and fruit – will be essential for any future human settlements on the moon. The Chang’e-4 experiments are a good first step towards that goal. Also, cotton could be used for clothing and rapeseed could be a source of oil. According to Professor Liu Hanlong, head of the experiment:

We have given consideration to future survival in space. Learning about these plants’ growth in a low-gravity environment would allow us to lay the foundation for our future establishment of space base.

As also noted by Xie Gengxin, professor at Chongqing University and chief designer of the experiment, the experiment was unique even if short in duration:

Potatoes could be a major source of food for future space travellers. The growth period of Arabidopsis, a small flowering plant related to cabbage and mustard, is short and easy to observe. Yeast could play a role in regulating carbon dioxide and oxygen in the mini biosphere, and the fruit fly would be a consumer of the photosynthesis process. Although it is a biological payload for popularizing science, it laid a foundation and technological support for our next step, that is, to build a lunar base for living.

View larger. | A complete panorama taken by Chang’e-4 of its landing site on January 10, 2019. Image via CLEP/CNSA.

Chang’e-4 also just took a stunning panoramic image of its landing site on January 10, including both the lander and its rover, Yutu-2.

China will continue its lunar exploration program with its Chang’e-5 sample return mission in late 2019 and future missions to the moon’s south pole – Chang’e-6, 7 and 8 in the early 2020s.

Bottom line: The biological experiments on Chang’e-4 – even though short-lived – were a great success, with the first germination of seeds on the moon in history.