Meet the Pi planet. It orbits its star every 3.14 days

In a fun cosmic coincidence, researchers used old Kepler spacecraft data to discover an Earth-sized exoplanet with an orbital period of 3.14 days, a number that matches the mathematical constant pi. 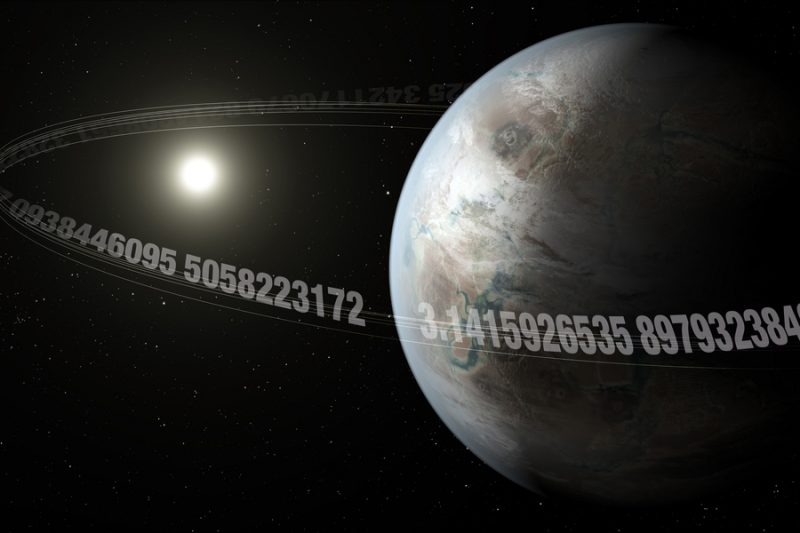 Artist’s concept of K2-315b, which has on orbital period of 3.14 Earth-days, the same value as the mathematical constant pi. Image via NASA Ames/ JPL-Caltech/ T. Pyle/ Christine Daniloff/ MIT.

If you love both exoplanets and math, you’ll love this. In recent years, scientists have discovered a growing number of Earth-sized worlds orbiting distant stars. Now scientists at the Massachusetts Institute of Technology (MIT) have announced one whose orbital period matches the value of pi: that is, this planet orbits its star every 3.14 Earth-days. For those not mathematically inclined … pi is the numerical sequence that describes the ratio of the circumference of any circle to the diameter of that circle. No matter how big or little the circle may be, this ratio will always equal pi. And that makes pi one of the most important mathematical constants. The exoplanet is labeled K2-315b, but scientists are calling it the pi planet.

The pi planet was discussed in a new peer-reviewed paper published in The Astronomical Journal on September 21, 2020.

As Prajwal Niraula, lead author at MIT, noted in a statement:

Everyone needs a bit of fun these days.

Indeed, no one is suggesting that there is anything too bizarre about this, or that aliens are involved, since many exoplanets have been discovered with very short orbital periods like this. This one just happens to match the value of pi. Go figure.

The pi planet – K2-315b – is almost the same size as Earth; its radius is 95% that of our own planet. That’s also about the same size as Venus, and like our nearby sister world, it is a blisteringly hot place, with temperatures up to 350 degrees Fahrenheit (177 degrees Celsius). Not quite as hot as Venus, but still very inhospitable. It orbits a red dwarf (or M dwarf) star that is cooler than our sun and only about one-fifth as large, called EPIC 249631677, which is 186 light-years (57 parsecs) from Earth. The tight orbit of only 3.14 days means that the planet is moving fast around its star, at 181,000 miles per hour (291 km per hour). But even though scientists think that this world is rocky, like Earth, the close proximity to its star and resulting searing temperatures make it very unlikely to be habitable for any kind of life. 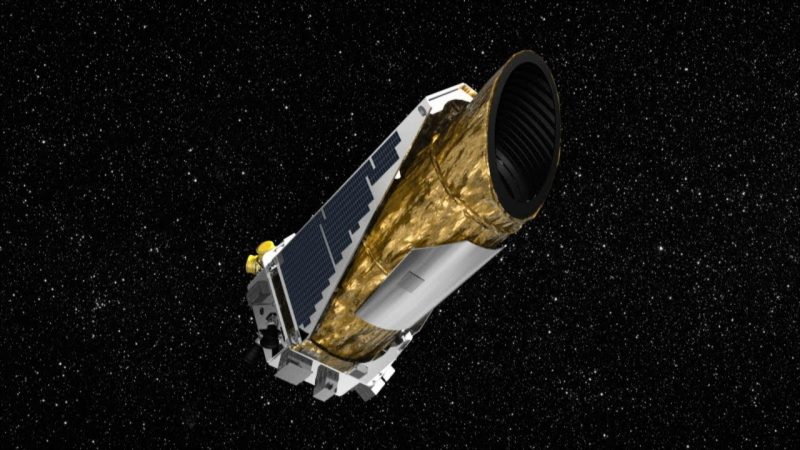 This would be too hot to be habitable in the common understanding of the phrase.

K2-315b was discovered in data first obtained by NASA’s Kepler Space Telescope back in 2017, during the K2 extended mission, which ended in 2018. It was considered to be a candidate planet, but then subsequent observations by SPECULOOS (The Search for habitable Planets EClipsing ULtra-cOOl Stars), a network of ground-based telescopes, confirmed it as a planet. There are four 1-meter telescopes at the Paranal Observatory in Chile, named after the four Galilean moons of Jupiter: Io, Europa, Ganymede and Callisto. There is also one more identical telescope called Artemis in Tenerife, Spain. The finding also shows how valuable archival data can be. As de Wit commented:

We now know we can mine and extract planets from archival data, and hopefully there will be no planets left behind, especially these really important ones that have a high impact.

While looking through the old data, Niraula found 20 dips of the star, which occurred when the planet transited in front of it from our vantage point. Those dips repeated every 3.14 days, indicating a probable planet orbiting the star. In order to be sure, however, the researchers needed to determine the best window of time in which to catch the transits. As another co-author, Benjamin Rackham, said:

Nailing down the best night to follow up from the ground is a little bit tricky. Even when you see this 3.14 day signal in the K2 data, there’s an uncertainty to that, which adds up with every orbit. 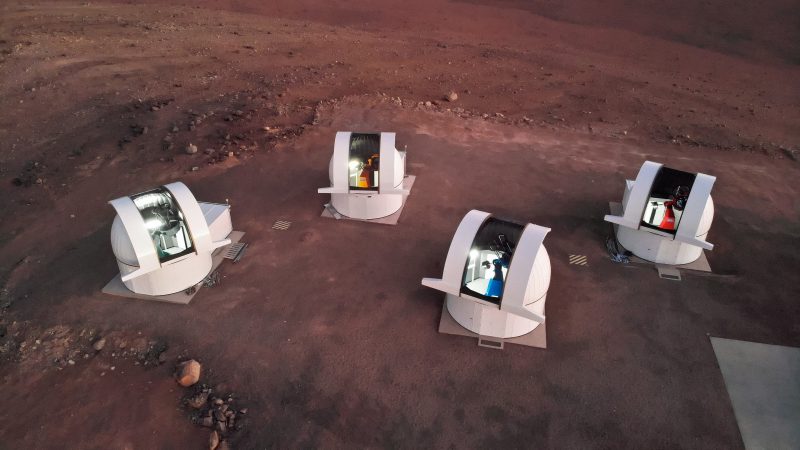 The four 1-meter SPECULOOS telescopes at the Paranal Observatory in Chile were used to help confirm the existence of the pi-Earth exoplanet. Image via ESO/ Wikipedia.

Rackham had developed a new algorithm to try to predict when the transits would occur. As it turned out, February 2020 should be a good time to catch these transits, and it worked. The researchers saw three clear transits: two with the SPECULOOS’ telescopes in the Southern Hemisphere, and the third from Artemis, in the Northern Hemisphere.

The confirmation of this planet by SPECULOOS isn’t too surprising, since those telescopes are designed to detect Earth-sized planets around nearby dwarf stars. Another co-author, Artem Burdanov, said:

The planet is also close enough that scientists using the upcoming James Webb Space Telescope (JWST) should be able to analyze its atmosphere. There’s also a good chance that even smaller planets will be found. From the paper:

The confirmed planet is well suited for comparative terrestrial exoplanetology. While exoplanets transiting ultracool dwarfs present the best opportunity for atmospheric studies of terrestrial exoplanets with the James Webb Space Telescope, those orbiting mid-M dwarfs within 100 parsecs such as EPIC 249631677b will become increasingly accessible with the next generation of observatories. 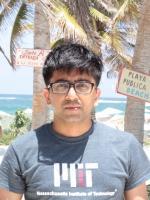 There will be more interesting planets in the future, just in time for JWST, a telescope designed to probe the atmosphere of these alien worlds. With better algorithms, hopefully one day, we can look for smaller planets, even as small as Mars.

While the orbit of K2-315b matching the beginning of the pi mathematical constant may be a fun coincidence, the discovery also shows, again, that there are many Earth-sized worlds out there waiting to be found. A quickly growing number have already been discovered, and scientists fully expect that many more will be as well in the years ahead.

Bottom line: Astronomers have discovered an Earth-sized exoplanet with an orbital period that matches the mathematical constant pi.