Over 400 reports of large fireball over U.S. Midwest on September 26

The American Meteor Society (AMS) reports that it has received over 400 reports of a large fireball (bright meteor) over the U.S. Midwest today (September 26, 2013). People in Ohio, Illinois, Indiana, Kentucky, Missouri and Wisconsin spotted the meteor around 7:05 a.m. CDT; that was local time for the sighting. Witnesses from reported a bright light moving across the morning sky. The estimated trajectory for the fireball took it nearly over Indianapolis.

September has been a busy month for sightings of bright fireballs, according to the AMS. This morning’s event marks the 13th fireball sighting with at least 25 witnesses, the most ever since the AMS started recording sightings online, they say. 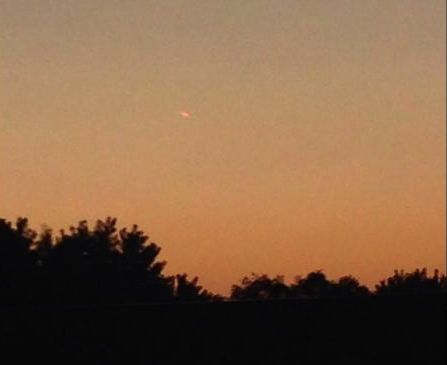 Kevin Keadle managed to get this photo of the September 26, 2013 fireball over the U.S. Midwest. He posted it on Twitter. 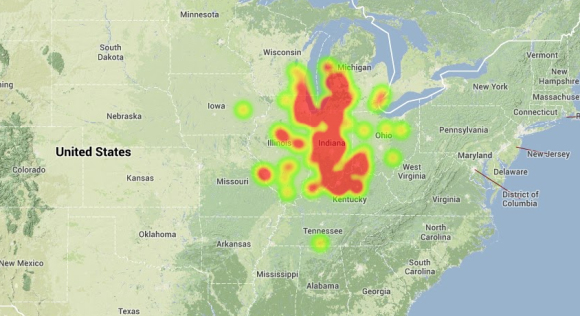 This is a “heat map,” created by the number of sightings reported to the American Meteor Society. Map via AMS and Mike Hankey.

To see the estimated trajectory of the fireball, visit this page: Large fireball spotted in Midwest, from the American Meteor Society

Did you see it? Report your fireball sighting to the American Meteor Society.