Does the North Star ever move?

It’s a symbol for constancy, but, if you took its picture, you’d find that the North Star makes its own little circle around the sky’s north pole every day. 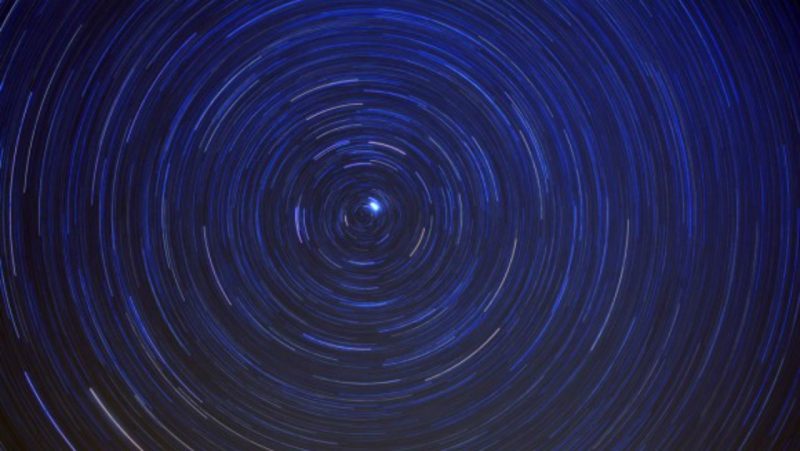 The North Star, also known as Polaris, is known to stay fixed in our sky. It marks the location of the sky’s north pole, the point around which the whole sky turns. That’s why you can always use Polaris to find the direction north.

But the North Star does move. If you took its picture, you’d find that it makes its own little circle around the exact point of the north celestial pole every day. That’s because the North Star is really offset a little – by about three-quarters of a degree – from celestial north.

Where does this movement – or in Polaris’ case, lack of movement – come from? Earth spins under the sky once a day. Earth’s spin causes the sun in the daytime – and the stars at night – to rise in the east and set in the west. But the North Star is a special case. Because it lies almost exactly above Earth’s northern axis, it’s like the hub of a wheel. It doesn’t rise or set. Instead, it appears to stay put in the northern sky.

More on Polaris: the North Star

What’s more, the star we know as Polaris hasn’t been the only North Star.

A motion of Earth called precession causes our axis to trace out an imaginary circle on the celestial sphere every 26,000 years. Thousands of years ago, when the pyramids were rising from the sands of ancient Egypt, the North Star was an inconspicuous star called Thuban in the constellation Draco the Dragon. Twelve thousand years from now, the blue-white star Vega in the constellation Lyra will be a much brighter North Star than our current Polaris.

Polaris could be a name for any North Star. Our current Polaris used to be called Phoenice.

By the way, Polaris – like all stars – has more than one kind of motion. The stars we see in our night sky are all members of our Milky Way galaxy. All of these stars are moving through space, but they’re so far away we can’t easily see them move relative to each other. That’s why the stars appear fixed relative to each other. And it’s why, for the most part, we see the same constellations as our ancestors. So when you’re talking about stars “moving” or staying “fixed,” remember … they are all moving through the vastness of space. It’s just the relatively short time of a human lifespan that prevents us from seeing this grand motion.

Bottom line: The North Star is a symbol for constancy, but, if you took its picture, you’d find that it makes its own little circle around the sky’s north pole every day.