Posted by Eleanor Imster and Deborah Byrd in Space | January 13, 2020

The Hubble Telescope released this glorious image of the spiral galaxy UGC 2885 on January 6. This image was made in part as a tribute to dark matter pioneer Vera Rubin.

The year 2020 marks the 30th anniversary of the launch of the Hubble Space Telescope, and both NASA and the European Space Agency (ESA) – which worked together to launch the space telescope on April 24, 1990 – are celebrating. On January 6, to kickstart the anniversary year, SpaceTelescope.org released a glorious new image of UGC 2885, one of the largest spiral galaxies in the local universe. Our Milky Way is a spiral, too, but this galaxy is one of the largest known in the local universe, 2 1/2 times wider than our Milky Way with 10 times as many stars. It’s 232 million light-years away, in the direction of the northern constellation Perseus the Hero. The animated version of the image (above) gives you a dreamy look at this majestic star island.

That’s because, they said:

… it looks as if it has been sitting quietly over billions of years, possibly sipping hydrogen from the filamentary structure of intergalactic space. This is fueling modest ongoing star birth at a rate half that of our Milky Way. In fact, its supermassive central black hole is also a sleeping giant; because the galaxy does not appear to be feeding on much smaller satellite galaxies, it is starved of infalling gas.

UGC 2885 is one of the spiral galaxies studied by the famous astronomer Vera Rubin (1928–2016) in her groundbreaking research in the 1970s. Rubin is herself a kind of gentle giant in the history of astronomy. She and astronomer Kent Ford examined more than 60 spiral galaxies. They found, in every case, that stars on the outer edges of galaxies revolved around the galaxies’ centers at least as fast as those in the inner regions. That observed fact ran counter to Kepler’s Laws of Motion, formulated in the early 1600s. Kepler’s insights suggested that stars in a galaxy’s outer regions should be moving more slowly than those in its inner regions, just as the outer planets in our solar system move more slowly than the inner planets. 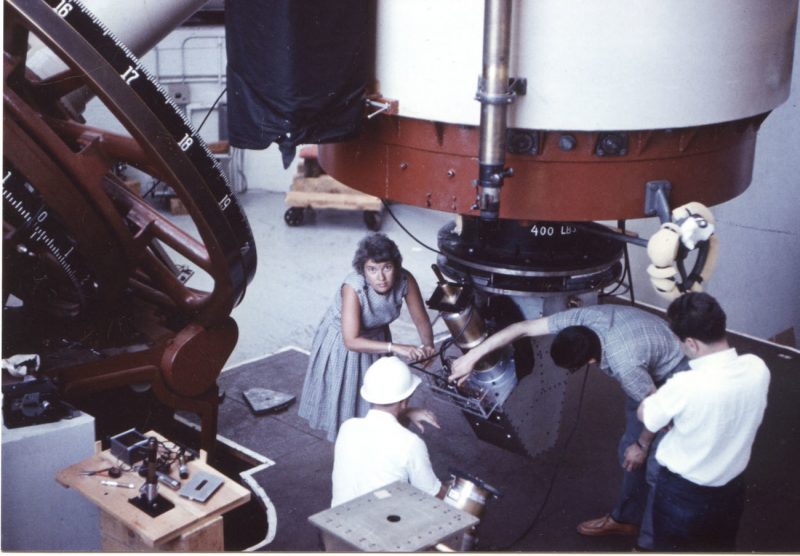 Thus astronomer Benne Holwerda of University of Louisville – who observed the galaxy with the Hubble Space Telescope and obtained this marvelous image – has nicknamed this galaxy Rubin’s galaxy.

When he applied for time on the Hubble Space Telescope, he wrote that he did so in part to create this tribute image in Rubin’s name.

It is a beautiful tribute and seems fitting.

As an aside, the telescope formerly called the Large Synoptic Survey Telescope has been renamed the Vera C. Rubin Observatory, also in Rubin’s honor. According to this January 9, 2020, story in The Atlantic, it is the first American observatory to be named after a woman. 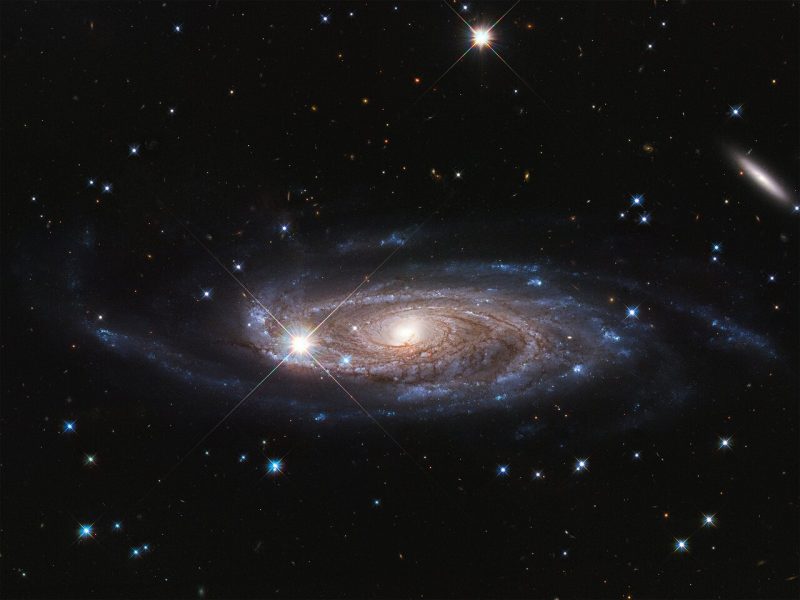 View larger. | Galaxy UGC 2885 as seen with the Hubble Space Telescope. Foreground stars in the Milky Way are identifiable by their diffraction spikes. For example, the brightest star in the image appears to sit on top of the galaxy’s disk (on the left side of the image), but it doesn’t. That’s a foreground star. Image via NASA/ ESA/ SpaceTelescope.org/ B. Holwerda.

Read more about UGC 2885 from SpaceTelescope.org