New Horizons is boldly exploring where no spacecraft has before. It’s the craft that swept past Pluto in 2015. Now it’s preparing for its next encounter on January 1, 2019.

Image via Where is New Horizons?

NASA said on June 5, 2018, that its New Horizons spacecraft is back “awake” and being prepared for the farthest planetary encounter in history – a New Year’s Day 2019 flyby of the Kuiper Belt object nicknamed Ultima Thule.

Mission Operations Manager Alice Bowman of APL reported that the spacecraft was in good health and operating normally, with all systems coming back online as expected.

The mission team is now taking several days to collect navigation tracking data (using signals from the Deep Space Network) and send the first of many commands to New Horizons’ onboard computers to begin preparations for the Ultima flyby. Lasting about two months, those flyby preparations include memory updates, Kuiper Belt science data retrieval, and a series of subsystem and science-instrument checkouts. In August, the team will command New Horizons to begin making distant observations of Ultima, images that will help the team refine the spacecraft’s course to fly by the object.

Our team is already deep into planning and simulations of our upcoming flyby of Ultima Thule and excited that New Horizons is now back in an active state to ready the bird for flyby operations, which will begin in late August.

New Horizons made a historic flight past Pluto and its moons on July 14, 2015. Since then, New Horizons has been speeding deeper into the Kuiper Belt, observing other Kuiper Belt objects and measuring the properties of the heliosphere while heading toward the flyby of Ultima Thule – about a billion miles (1.6 billion km) beyond Pluto – on January 1, 2019. 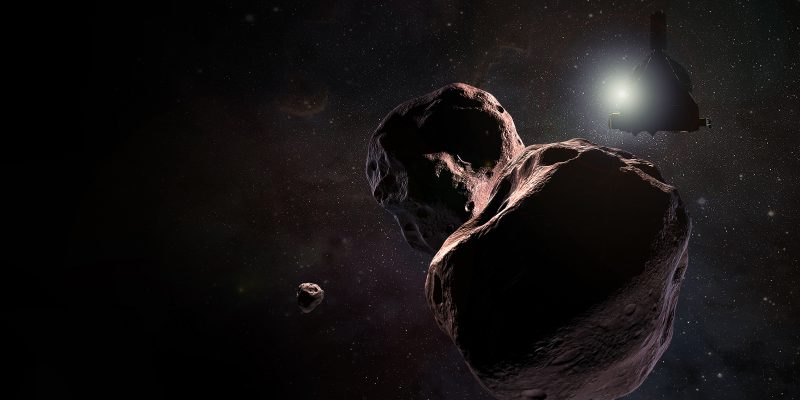