New Horizons passed Pluto in 2015. With public input, the mission team has nicknamed the spacecraft’s next target – on the fringes of our solar system – Ultima Thule.

Some 115,000 people from around the world recently suggested some 34,000 possible nicknames for the distant object 2014 MU69, the next target of the New Horizons spacecraft, whose historic sweep past Pluto took place in July 2015. The New Horizons mission team announced on March 13, 2018, it has selected the name Ultima Thule – pronounced ultima thoo-lee – for New Horizon’s next target, a Kuiper Belt object officially named 2014 MU69. New Horizons will sweep closest to Ultima Thule on January 1, 2019. The mission team describes the object as:

… the most primitive world ever observed by spacecraft, in the farthest planetary encounter in history.

In a statement, the team explained their reasons for their choice:

Thule was a mythical, far-northern island in medieval literature and cartography. Ultima Thule means “beyond Thule” – beyond the borders of the known world – symbolizing the exploration of the distant Kuiper Belt and Kuiper Belt objects that New Horizons is performing, something never before done.

MU69 is humanity’s next Ultima Thule. Our spacecraft is heading beyond the limits of the known worlds, to what will be this mission’s next achievement. Since this will be the farthest exploration of any object in space in history, I like to call our flyby target Ultima, for short, symbolizing this ultimate exploration by NASA and our team. 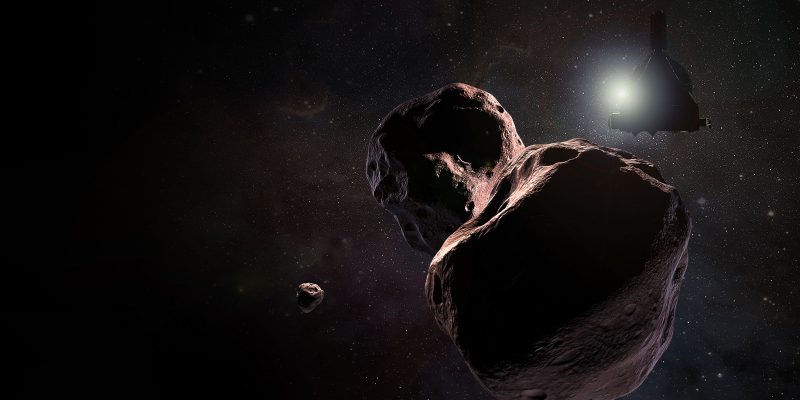 NASA and the New Horizons team launched the nickname campaign in early November. Hosted by the SETI Institute of Mountain View, California, and led by Mark Showalter, an institute fellow and member of the New Horizons science team, the online contest sought nominations from the public and stipulated that a nickname would be chosen from among the top vote-getters.

The campaign wrapped up on December 6, after a five-day extension to accommodate more voting. Of the 34,000 names suggested, 37 reached the ballot for voting and were evaluated for popularity. This included eight names suggested by the New Horizons team and 29 nominated by the public.

The team then narrowed its selection to the 29 publicly nominated names and gave preference to names near the top of the polls. Names suggested included Abeona, Pharos, Pangu, Rubicon, Olympus, Pinnacle and Tiramisu. Final tallies in the naming contest posted here.

About 40 members of the public nominated the name Ultima Thule. This name was one of the highest vote-getters among all name nominees. Showalter said:

We are grateful to those who proposed such an interesting and inspirational nickname. They deserve credit for capturing the true spirit of exploration that New Horizons embodies.

After the flyby, NASA and the New Horizons team say they’ll choose a formal name to submit to the International Astronomical Union, based in part on whether MU69 is found to be a single body, a binary pair, or perhaps a system of multiple objects.

Learn more about New Horizons, NASA’s mission to Pluto and the Kuiper Belt, at https://www.nasa.gov/newhorizons and https://pluto.jhuapl.edu. 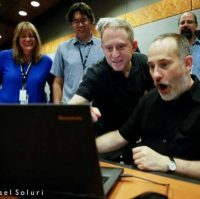 Bottom line: With public input, the New Horizons mission team has given the nickname Ultima Thule to the spacecraft’s next target, Kuiper Belt Object 2014 MU69.