Earth’s gravity bent the trajectory of asteroid C0PPEV1 – also known as 2019 UN13 – as it swept only 3,852 miles (6,200 km) above Africa. As a result, its farthest point from the sun has now shifted out to the asteroid belt between Jupiter and Mars. 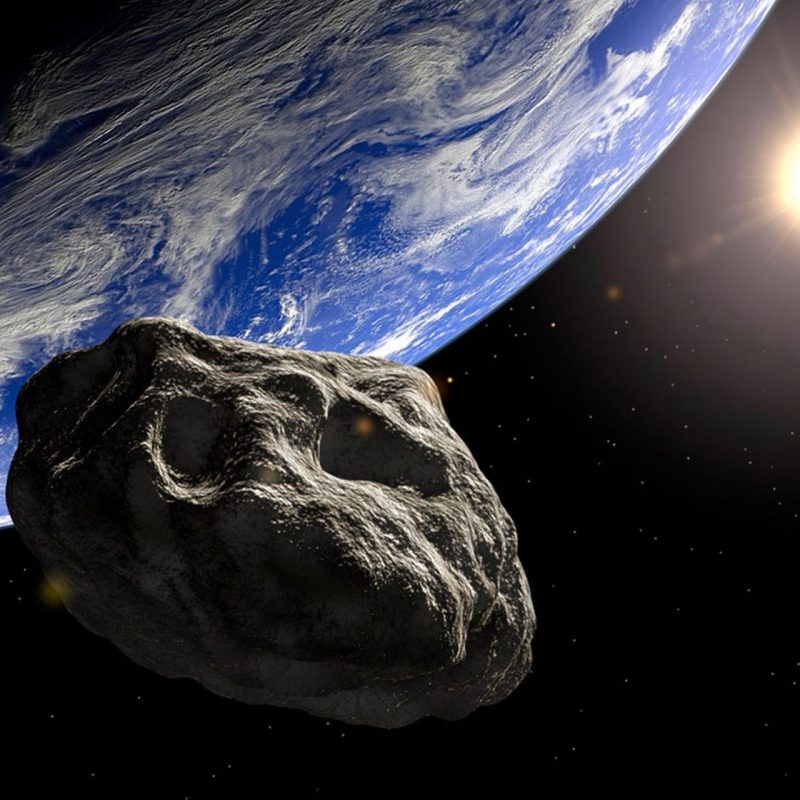 UPDATE: The Center for Near-Earth Object Studies (CNEOS) has now added a size estimate for this object: 1 to 2.2 meters. If it had come closer, and entered our atmosphere, it would likely have vaporized due to friction with the air.

I happened to catch this post on Twitter on the morning of October 31, from Tony Dunn (@tony873004), an amateur astronomer and physics teacher who knows how to create simulations of asteroids’ orbits. Tony tweeted:

He’s talking about near-Earth asteroid C0PPEV1 – now renamed 2019 UN 13 – spotted in the early morning hours of October 31, 2019 by the Catalina Sky Survey in Arizona, and by other observatories soon afterwards. This small asteroid came incredibly close yesterday. According to simulations, it passed above southern Africa within 3,852 miles (6,200 km) at the moment of closest approach, around 13:45 UTC (9:45 a.m. EDT; translate UTC to your time) on October 31. That’s well within the orbit of many telecommunications satellites (geosynchronous orbits above Earth, whose orbital periods match that of Earth’s rotation on its axis, are 22,236 miles – or 35,786 km – high). It was so close that CNET reported:

According to data from these early observations, the asteroid came closer to the surface of our planet (without actually colliding with our atmosphere) than any other close approach in NASA’s database of known near-Earth objects.

EarthSky has not confirmed that C0PPEV1 (2019 UN 13) came closer to Earth than any other known near-Earth object.

But we can confirm that small asteroids like this one do sometimes come close and, in fact, frequently enter Earth’s atmosphere. For example, the Nuclear Test Ban Treaty Organization, which operates a network of sensors that monitors Earth around the clock listening for the infrasound signature of nuclear detonations, said in 2014 that it had recorded 26 atom-bomb-scale asteroid impacts to Earth’s atmosphere since 2000.

We can also confirm that a small asteroid coming close to Earth is indeed likely to have its orbit affected. Such an effect is called a gravity assist, and it’s used by NASA and other space agencies to help propel our spacecraft toward hard-to-reach places in the solar system.

Read more: Spooky Halloween asteroid flyby one of the closest near misses ever seen

Bottom line: Earth’s gravity bent the trajectory of small asteroid C0PPEV1 (now called 2019 UN 13) – which passed exceedingly close to Earth on October 31, 2019 – causing its aphelion, or farthest point ib orbit around the sun, to shift out in the asteroid belt between Jupiter and Mars. So long, C0PPEV1!