NASA prepares for Mars rover Curiosity launch. You can, too.

In preparation for the November 25 launch of the Mars rover Curiosity, NASA is planning a slew of events. Get connected here.

In preparation for the November 25, 2011 launch of Curiosity, the newest Mars rover, NASA is planning a slew of events to engage the public in the week leading up to the launch, and launch day itself. More about Mars Curiosity rover special events and presentations here. Or join in on Facebook, via Mars Curiosity Rover. Or follow via Twitter, via MarsCuriosity. 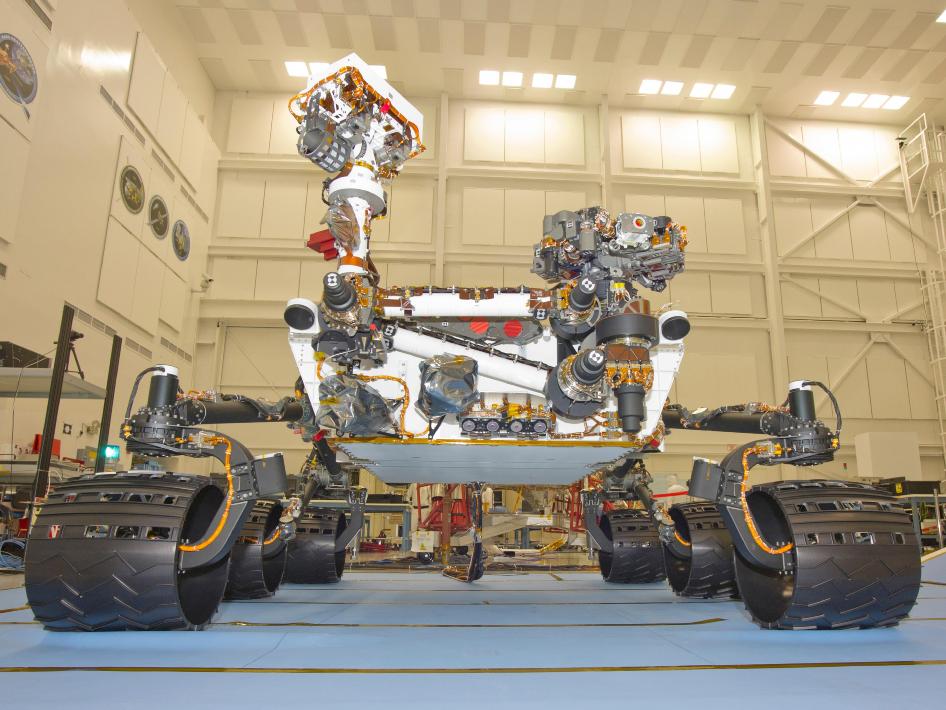 Curiosity joins the Mars rover Opportunity, which is still tooling around the planet more than six-and-a-half years after its launch, despite its original planned mission length of only three months.

Curiosity is twice as long and five times as heavy as Opportunity and its partner rover Spirit, which stopped communicating with Earth in March 2010. Curiosity will set new standards with the precision of its landing and the type of science it can perform. 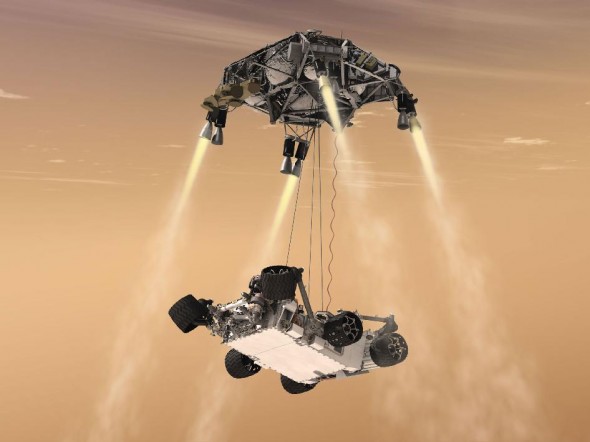 Curiosity is being carried by the Mars Science Laboratory (MSL) mission, whose spacecraft can steer itself in a manner similar to the space shuttles. As the MSL approaches Mars, it will release a parachute, followed by retro rockets, to slow its speed; just before landing, the upper stage will lower Curiosity to the rust-colored surface like a kind of “sky crane,” according to NASA press materials.

The new advanced landing technology allows the rover to settle in an area much desired by but previously inaccessible to scientists, known as the Gale crater. At 96 miles across, the crater is the proud owner of an alluvial fan, a deposit formed at the mouth of a stream, indicating the presence of flowing water at some point in the planet’s history.

Curiosity is carrying a payload 10 times as massive as those of Opportunity and Spirit, all designed for its primary purpose of analyzing Martian soil for signs that the Red Planet could harbor life – either ancient life from long ago, microscopic life currently lurking out of view, or life that could develop in the future.

Curiosity’s instruments include the ChemCam, which will use laser pulses to vaporize soil samples, a spectrometer to analyze components released from the samples, and a telescope to photograph the area illuminated by the laser. There’s also the Mars Hand Lens Imager, which will take extreme closeup pictures and can find details as small as the width of a human hair. And there’s the Alpha Particle X-Ray Spectrometer, which will study the relative abundance of various elements. 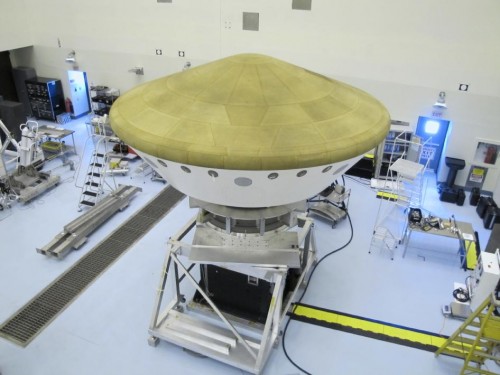 Perhaps most interesting, and important, to us humans is the Radiation Assessment Detector, an instrument designed to explore the levels and types of radiation on the martian surface in preparation for future human landings. For decades, space fans have been working to bring their dreams of a human presence on Mars into reality, and NASA has spent many years crafting robotic missions with the goal of an eventual human footprint on Mars. As with many projects at NASA, however, budget woes are threatening the long-term trajectory of the Mars program, though NASA is still forging ahead as planned for the time being. Its next Mars mission, the Mars Atmosphere and Volatile EvolutioN (MAVEN), is currently set for launch in late 2013.

For now, anyway, Mars enthusiasts can look forward to 23 months of Curiosity on Mars — and possibly many more months, considering the longevity of Curiosity’s predecessors. Curiosity is due to touch down in August 2012.

By the way, you can also watch some good programs about this mission on NASA TV. Find NASA TV here. A rundown of NASA TV scheduling includes:

Bottom line: NASA will launch a new rover to the Red Planet Mars on November 25, 2011. The Mars rover Curiosity will be bigger than previous rovers, which explored the planet long after their mission dates ended. NASA is planning many events and presentations surrounding the launch, and you can also watch the launch, and other shows about Mars, on NASA TV.

Robert Zubrin on Why We Should Go to Mars