Robert Zubrin on why we should go to Mars

Robert Zubrin of the Mars Society says there are three reasons we should go to Mars: the science, the challenge, the future.

Aerospace engineer and author Robert Zubrin is president and founder of the Mars Society, whose more than 4,000 members promote the human exploration and settlement of our neighboring planet Mars. A new 15th anniversary edition of Zubrin’s book The Case for Mars came out in June 2011. Zubrin spoke with EarthSky’s Jorge Salazar about why people should go to Mars.

Why should humans go to Mars?

There are really three reasons: for the science, for the challenge, and for the future.

As far as the science is concerned, Mars is the planet that is the closest to us that could have supported life in the past and may still do so in the present. And so by going to Mars and exploring those dried-up lakes and river valleys, and drilling into the subsurface groundwater on Mars, looking for fossils, looking for microbial life that may yet persist, we’ll be able to determine if life is a general phenomenon in the universe or if it is a phenomenon unique to the Earth. 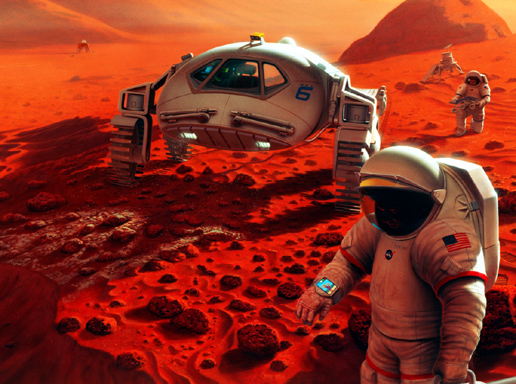 We’ll discover if we’re alone or not, because we now know that planets are plentiful in the galaxy. And if life evolved commonly, wherever there is a planet with reasonable conditions, and any star has reasonable conditions at an appropriate distance, then life is common.

And since the entire history of life on Earth is one of development from simpler forms to more complex forms, displaying greater capacities for activities and intelligence and evermore rapid evolution, if life is everywhere, it means intelligence is everywhere. It means we’re not alone. This is something that thinking men and women have wondered about for thousands of years. It’s worth going there to find out.

The second reason is the challenge. I think civilizations are like individuals. We grow when we’re challenged. We stagnate when we’re not. And a humans-to-Mars program would be an embracing challenge for our society, particularly for our youth. It would say to every young person: learn your science and you can be an explorer or pioneer of new worlds.

And out of that challenge, we get millions of scientists, engineers, inventors, doctors, medical researchers, technological entrepreneurs. These are the kind of people that drive society forward. You might view it as a tremendously powerful investment in intellectual capital.

And then, finally, we should go to Mars for the future. Earth is not the only world. And if we go to Mars, we’re beginning humanity’s career as a multi-planet, spacefaring species. If we do this, 500 years from now there will be new branches of human civilization on Mars and, I believe, on many worlds beyond.

When those people look back at our time, what will they consider of what we’re doing today to be significant? What we did to make their civilization possible – new worlds, new countries, new nations with new languages and new histories – that’s what’s important.

By your estimation, what would it take to set up a human base on Mars?

We need to develop a heavy lift vehicle, comparable to the Saturn V rockets that we had in the 1960s. And if we had such rockets, it would take two launches for each mission to Mars. The first sends a return vehicle to Mars with no one in it. And that goes and it lands on Mars, and it runs a pump and sucks in the Martian air and actually processes that into propellant for the return trip, using very well-understood chemical engineering processes that are described in my book The Case for Mars. We’ve done it in the lab, and other people have too. 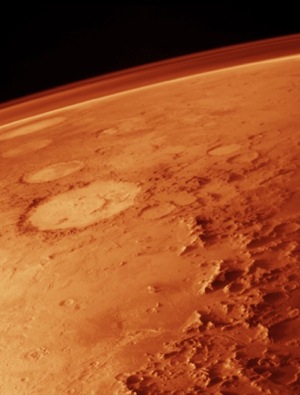 And then once that’s done, then the second rocket shoots a habitat rocket out to Mars with a crew in it. And they land near the Earth return vehicle. They use their habitat craft as their house while they’re on Mars, as their exploration base.

At the end of a year and a half exploring Mars, they get back, they get in the Earth return vehicle and fly back to Earth. They leave their habitat on Mars. Each time you do this, you add another habitat to the base. And pretty soon, you have the beginning of the first human settlement on a new world. There’s nothing in this that’s fundamentally beyond our technology.

Certainly there are challenges, but these challenges are not as great as those we faced going to the moon in the 1960s. Starting with near-zero space capability and experience, starting with a country that had not yet invented push-button telephones, and we made it to the moon.

What is your vision of what people would actually do on Mars? What would a human settlement be like?

The first people to go to Mars will not be settlers. They’ll be explorers. And they will be exploring a number of things. For example, they’ll explore for the resources that will support future human settlement.

Of immediate concern to most people will be to try and resolve key science questions about the existence of life on Mars, past or present. Mars is a cold and dry planet on its surface today. But it was once warm and wet. We know that because there are water erosion features all over the surface of Mars. On Earth, wherever you find liquid water, you find life. If we can explore these places and look for even fossils of of past life deposited there, we’ll know that Mars once had life.

Furthermore, we now know that there is liquid water underground on Mars. And there are even some places where methane is being emitted from the surface. On Earth, methane only comes from two sources – from bacteria or from hydrothermal vents. And – if it’s bacteria, it’s life. If it’s a hydrothermal vent, it’s an environment that can support life. So if we can go and drill down and get samples from places and take a look at what’s there – and perhaps even find existing Martian microbes – we can subject them to biochemical examination. We’ll be able to look at them and discover whether life on Mars is built on the same patterns as life on Earth, or whether it could be something entirely different. This is fundamental to understanding not just the diversity of life in the universe, but its very nature.

That’s because all of life on Earth is built on one plan. We all use the same set of amino acids, the same RNA-DNA method of replicating information from one generation to the next. I don’t care whether you’re a bacteria, a mushroom, a crocodile, or a human being. We’re all alike in those respects.

But does that have to be? Is life on Earth the pattern for all life everywhere? Or are we just one peculiar example, drawn from a much vaster tapestry of possibilities? This is really worth finding out. And that’s what these explorers going to Mars will be working for.