Jupiter is the biggest planet in our solar system, but had delayed growth early on. Scientists weren’t sure why, but now might have an answer. 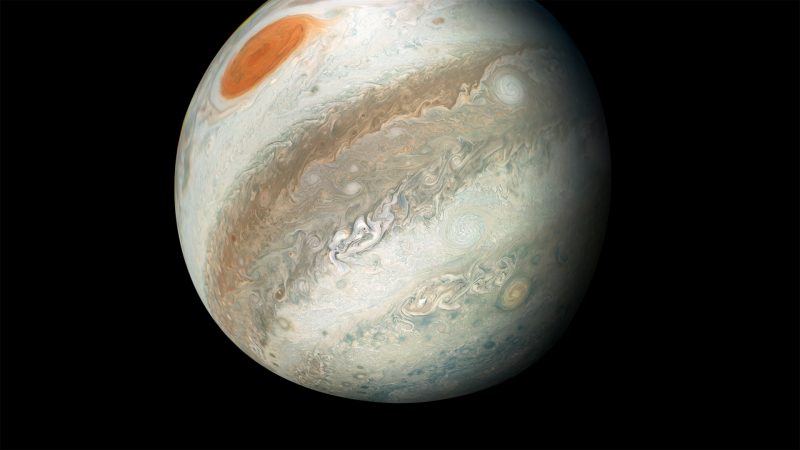 Jupiter is sometimes called the king of the planets in our solar system, due to its enormous size. It has some 300 times Earth’s mass. Jupiter is thought to have become the largest planet early in our solar system’s history. Still, questions remained about how quickly (or not) Jupiter kept growing, with earlier evidence suggesting Jupiter’s growth was delayed for about two million years. The reason for this delay was unknown. Now, astrophysicists in Switzerland think they have an answer. Their work was published August 27, 2018, in the peer-reviewed journal Nature Astronomy.

The researchers are affiliated with two organizations, NCCR PlanetS and ETHzürich. Co-author Julia Venturini explained in a statement:

We … show that Jupiter grew in different, distinct phases.

Especially interesting is that it is not the same kind of bodies that bring mass and energy [to Jupiter].

In other words, these scientists used computer modeling to show that – billions of years ago, early in our solar system’s history – Jupiter underwent a delayed growth phase as material of varying sizes and types accreted onto it. 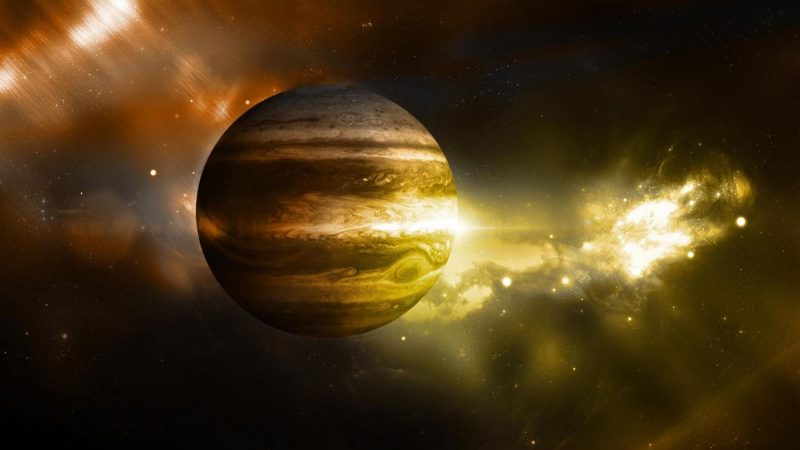 Artist’s concept of a very young Jupiter. Scientists think that Jupiter, Earth and the other planets in our solar system formed from a disk of gas and dust surrounding the young sun. Image via Lawrence Livermore National Laboratory.

Planets – like Earth or Jupiter – are thought to grow by accretion from the gas-and-dust clouds, or nebulae, surrounding young stars. That is, they grow as small bits of material in the cloud collide, stick together, and become increasingly bigger. Once the planets themselves get big enough, they begin to sweep up even more material from the solar nebula, via the power of their gravitational pull.

So what happened during these different phases of Jupiter’s growth? It’s thought that, during the first million years or so, Jupiter’s planetary core was built rather quickly from small, centimeter-sized pebbles of rocky material. During the next two million years, there was a slower accretion of larger, kilometer-sized rocks called planetesimals. A lot of heat was released during this period as the planetesimals collided with the young, growing planet. As explained by Alibert:

During the first stage the pebbles brought the mass. In the second phase, the planetesimals also added a bit of mass, but what is more important, they brought energy.

Jupiter continued to grow after this, reaching 50 Earth masses after about 3 million years. This led to the beginning of the third phase, where runaway concretion of gas fueled the continued growth of Jupiter, until the planet reached a staggering 300 Earth masses. This is the Jupiter we know and love today.

But why exactly was there the period of slowed growth? First, the researchers found that the period where Jupiter was between 15-50 Earth masses lasted longer than previously thought. The collisions with the larger planetesimals were intense enough that the atmosphere was heated sufficiently to prevent rapid cooling, contraction and further gas accretion. The growth process was therefore delayed. As noted in the new paper:

Pebbles are important in the first stages to build a core quickly, but the heat provided by planetesimals is crucial to delay gas accretion so that it matches the timescale given by the meteorite data. 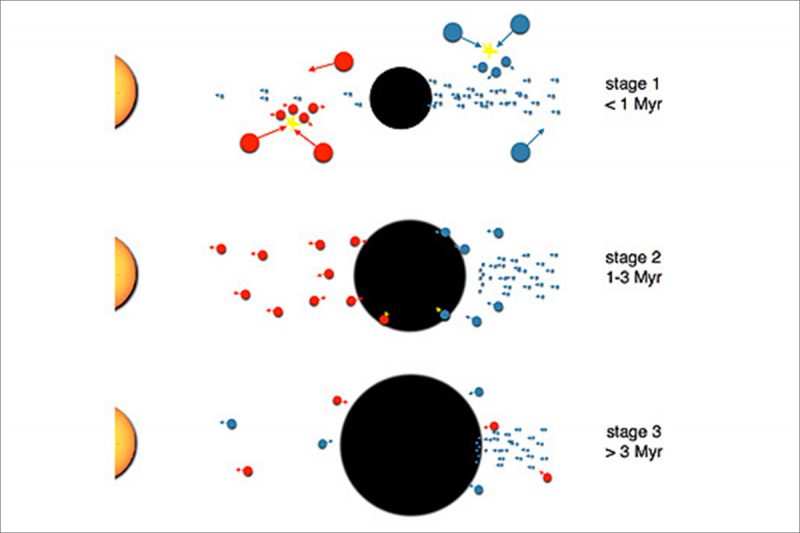 Below are the three stages of Jupiter’s growth, in brief. Note that they relate to the image above:

The new formation scenario described by Alibert and team also fits nicely with previous data taken from meteorites. Based on analysis of the meteorites, scientists had concluded that the solar nebula in the primordial early solar system had somehow been divided into two different regions over two million years. When Jupiter had grown to 20-50 Earth masses, it acted as a barrier, disturbing the dust disk (debris disk) surrounding the young sun. This created an overdensity – a greater than normal density – within the dust disk, trapping pebbles outside its orbit.

As a result, material from farther out could not mix with other material closer in to the sun, at least not until Jupiter grew enough to scatter those pebbles inward with its gravity. 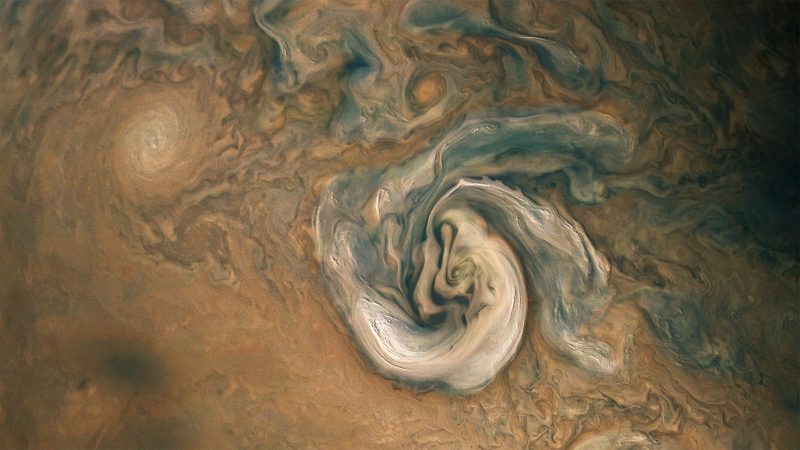 Beyond Jupiter, the researchers also say that their new results can also be used to help solve some long-running puzzles about the formation of Uranus and Neptune, as well as some similar exoplanets. This could be especially relevant to the so-called hot Jupiters, which are gas giant planets the size of Jupiter or larger that orbit much closer to their stars – and other gas giants found in other solar systems.

How did those planets grow even larger than Jupiter and why do many of them orbit so much closer to their stars (i.e. the hot Jupiters)? Maybe this new research will help shed some light.

Bottom line: Scientists have found that Jupiter, the largest planet in our solar system, went through “growing pains” as it was forming, with a period of time where its growth had slowed down considerably. Scientists involved in the new study now think they understand why.

Source: The formation of Jupiter by hybrid pebble–planetesimal accretion