“Mud ball” meteorites – full of clays, organics and water – are unique among space rocks. And a lot of them fell in April 2019 on a small town in Costa Rica, much to the delight of scientists. 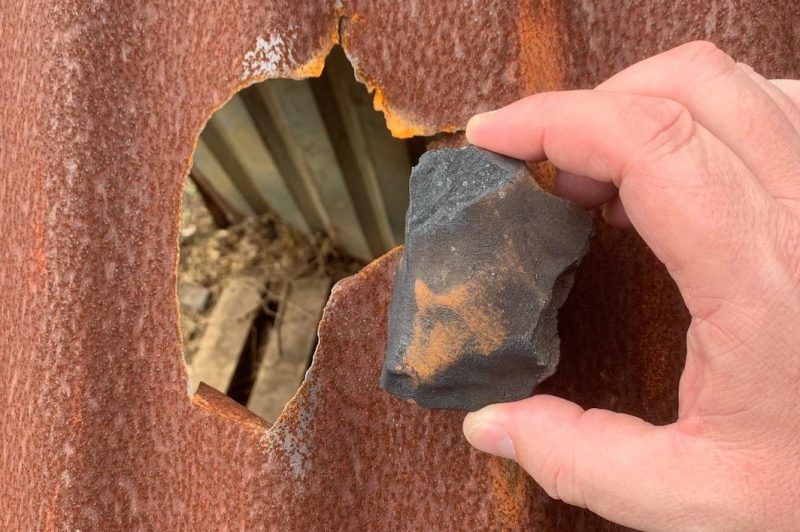 This meteorite from the fall at Aguas Zarcas, Costa Rica, in April hit a doghouse. Luckily, the dog – Rocky – was unharmed. Image via Michael Farmer/ASU.

Meteorite falls on Earth are fairly common, but not all meteorites are the same. Some of them are “mud balls,” rich in clays, organic compounds and water-bearing minerals, called carbonaceous chondrites. They are of great interest to scientists, due to their unique composition, and now a bunch more prime specimens have been found, which rained down after a large fireball was seen over Aguas Zarcas, a small town in Costa Rica, on April 23, 2019.

The fireball was a meteor, or space rock, entering the Earth’s atmosphere that broke apart into hundreds of smaller pieces. When the pieces of this rock hit the ground, their name changed to meteorite. One meteorite fragment weighed about two pounds and smashed through the roof of a house, destroying the owner’s dining table. Another one crashed through the roof of a dog house, narrowly missing a sleeping dog. Close calls! 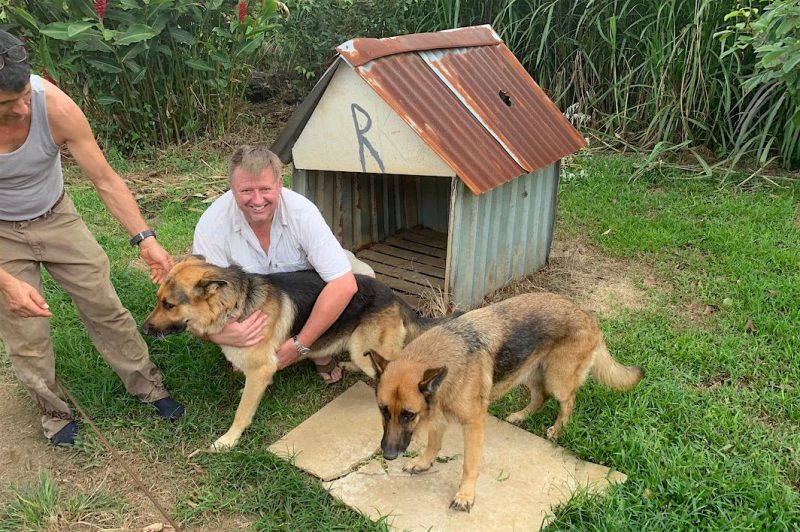 The doghouse with the hole in its roof from the April 2019 meteorite in Costa Rica. The dog, Rocky, was sleeping in the doghouse at the time; he was unharmed, but probably surprised! Image via Michael Farmer/ASU.

Several of the meteorites were collected and sent to Arizona State University (ASU) for study, donated by meteorite collector Michael Farmer. ASU will also be able to purchase additional meteorites from the fall, thanks to a private donor. This is the first time in 50 years that the university has had a chance to analyze such pristine samples of extraterrestrial mud balls. As Laurence Garvie, a research professor at ASU and a curator for its Center for Meteorite Studies, said:

Many carbonaceous chondrites are mud balls that are between 80 and 95 percent clay. Clays are important because water is an integral part of their structure. These had to be collected quickly and before they got rained on. Because they are mostly clay, as soon as these types of meteorites get wet, they fall apart.

Luckily, the researchers were able to collect their samples before it rained again, and they got a nice little haul, too, about 55 pounds (25 kilograms) of the precious space rocks. 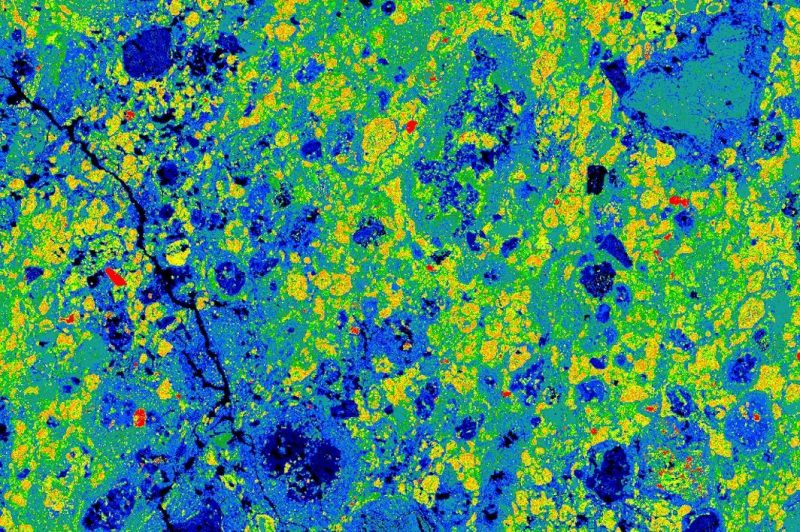 A composite element map from one of the meteorites showing the distribution of different minerals. Orange-yellow colors show tochilinite, deep-blue colors represent olivine, and red colors are pentlandite and pyrrhotite. Image via ASU.

Analysis of the meteorites was carried out at ASU’s campus in Tempe, Arizona. According to Garvie:

I was in the lab by 5 a.m. the next morning after picking up the samples to get them ready for the initial analyses. Classification of new meteorites can be like a race with other institutions, and I needed ASU to be first so that we’ll have the recognition of being the collection that holds and curates the type specimen material.

Air-sensitive meteorites like these are kept in special nitrogen cabinets. The nitrogen gas helps to preserve the meteorites, which can degrade easily due to their composition. As Garvie explained:

If you left this carbonaceous chondrite in the air, it would lose some of its extraterrestrial affinities. These meteorites have to be curated in a way that they can be used for current and future research, and we have that ability here at ASU. 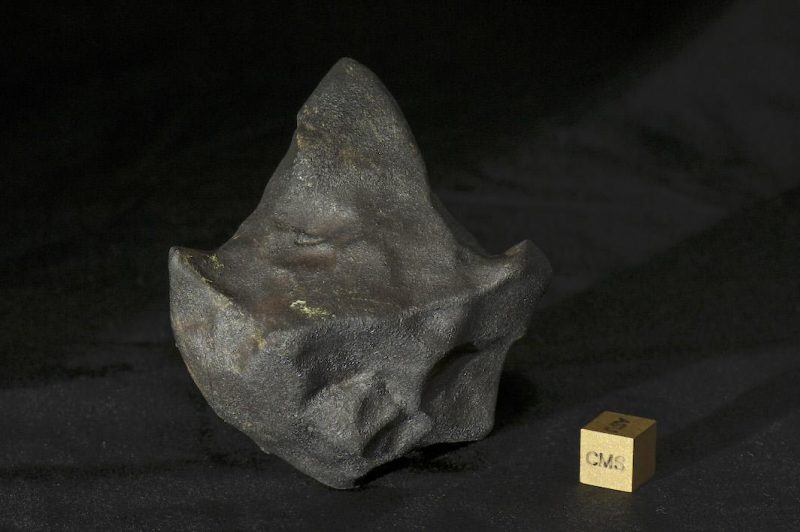 This mud ball meteorite fragment from April’s meteorite fall in Aguas Zarcas, Costa Rica, looks a bit like an arrowhead. Image via ASU.

The classification of these meteorites is part of a broader international classification effort. Garvie is also working with Karen Ziegler from the Institute of Meteoritics at the University of New Mexico. They studied the oxygen isotopes of the meteorites, to determine how similar they are to other carbonaceous chondrites.

Sandra Pizzarello, an organic chemist from ASU’s School of Molecular Sciences, is also involved in the studies, focusing on the organic content of the meteorites. These kinds of organics could have provided the material needed for life to begin on Earth.

Additional scientific analysis will follow later, but first the meteorites need to be approved, classified and named by The Meteoritical Society‘s nomenclature committee. This group of 12 scientists is responsible for approving all meteorite samples for study.

These new meteorite samples are currently on display at ASU’s Tempe campus in the Center for Meteorite Studies collection.

So, why are mud ball carbonaceous chondrite meteorites so significant?

They are thought to originate from asteroids that are leftovers from early planetesimals, planets that started to form in the early solar system billions of years ago but now no longer exist. Those planets had organic materials and water, making them places where the chemical precursors to life could have started. In the case of the asteroid that these new meteorites originated from, Garvie said:

It formed in an environment free of life, then was preserved in the cold and vacuum of space for 4.56 billion years, and then dropped in Costa Rica last week.

Carbonaceous chondrites are relatively rare among meteorites but are some of the most sought-after by researchers because they contain the best-preserved clues to the origin of the solar system. This new meteorite represents one of the most scientifically significant additions to our wonderful collection in recent years.

Because these meteorites contain so much mineral-bound water, they could also be useful in learning how water can be extracted from asteroids, a great resource for future astronauts. According to Garvie:

Having this meteorite in our lab gives us the ability, with further analysis, to ultimately develop technologies to extract water from asteroids in space. 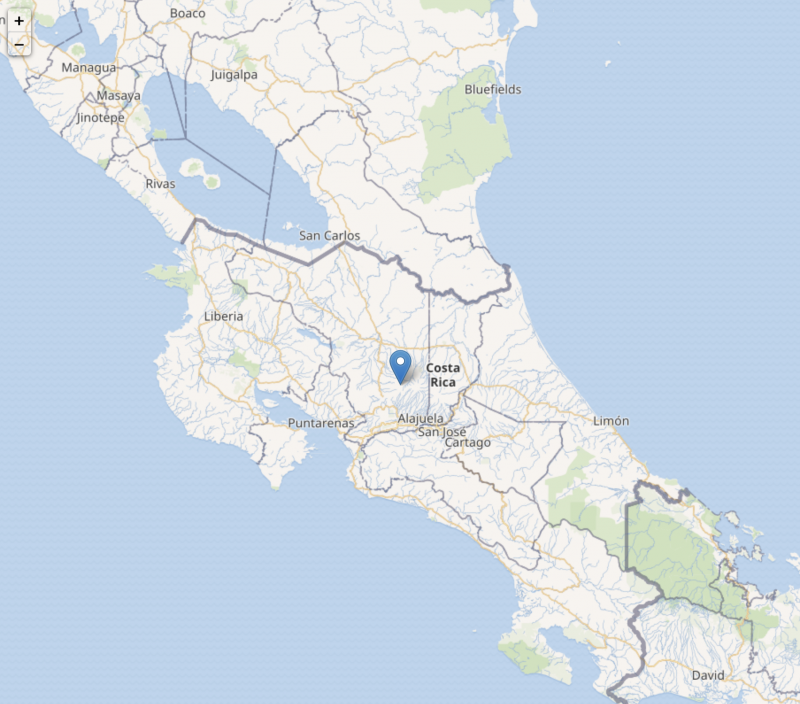 The last time a carbonaceous chondrite meteorite fall similar to this one occurred was in 1969 near Murchison, Australia. Those meteorites were curated by another ASU professor and founding director of ASU’s Center for Meteorite Studies, Carleton Moore.

The meteorites in Aguas Zarcas have also been found to be similar in composition to asteroid Bennu, now being explored by NASA’s OSIRIS-REx spacecraft. Bennu is thought to be a remnant carbonaceous chondrite planetesimal. OSIRIS-REx is carrying ASU’s Phil Christensen-designed Thermal Emissions Spectrometer (OTES) instrument, which is being used to make mineral and temperature maps of the asteroid.

Garvie and other scientists will be studying these mud ball meteorites for years to come, unlocking more secrets as to how our solar system formed and evolved, and how the ingredients of life originated and were spread throughout the solar system, including to Earth.

Bottom line: This new meteorite fall in Costa Rica has provided scientists with a great opportunity to study multiple mud ball meteorites, one of the most unusual kinds of meteorites known to exist, and one that could help answer the question of how life started on Earth.