Wonderful photos from the EarthSky community of the moon’s sweep this week past the brightest planet, Venus. 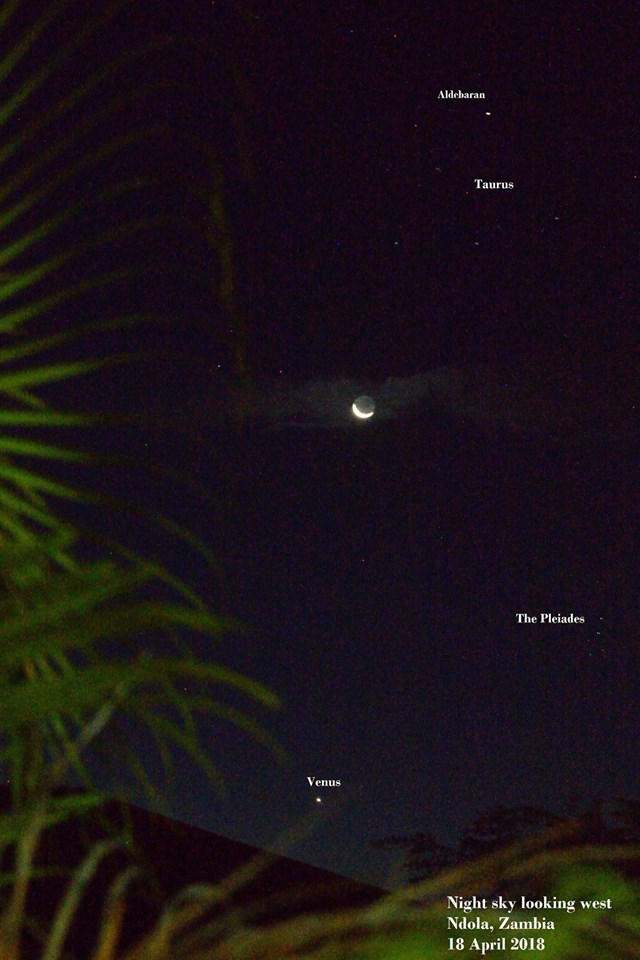 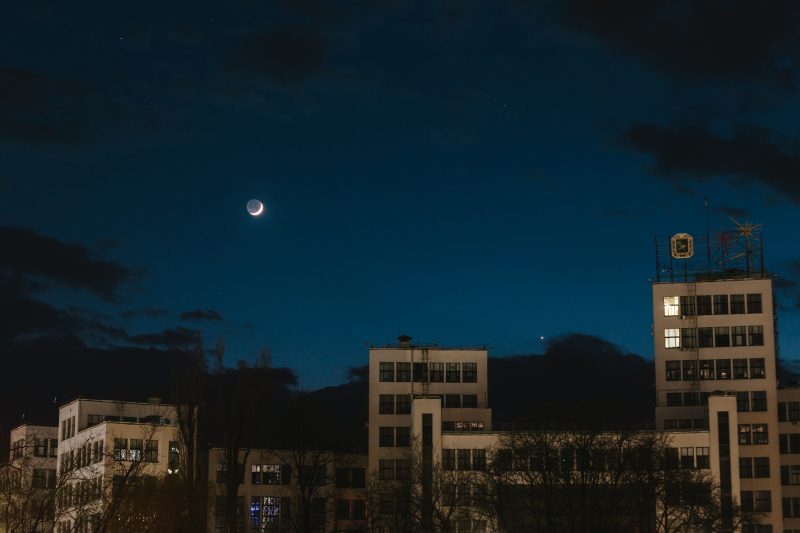 Pavlo Pakhomenko took this photo of the moon and Venus over the Derzhprom building, a constructivist structure in Freedom Square, Kharkiv, Ukraine, on April 18, 2018. 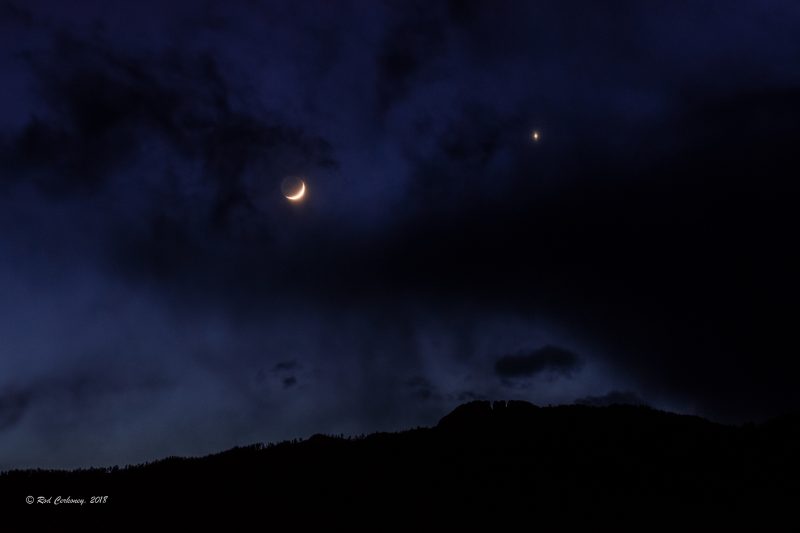 Rod Cerkoney captured this image over Fort Collins, Colorado, on April 17, 2018. He said, “High winds and clouds most of the day. But the clouds dissipated in the early evening (not the winds) long enough to enjoy the moon and Venus hovering above a local landmark – Horsetooth Rock.” 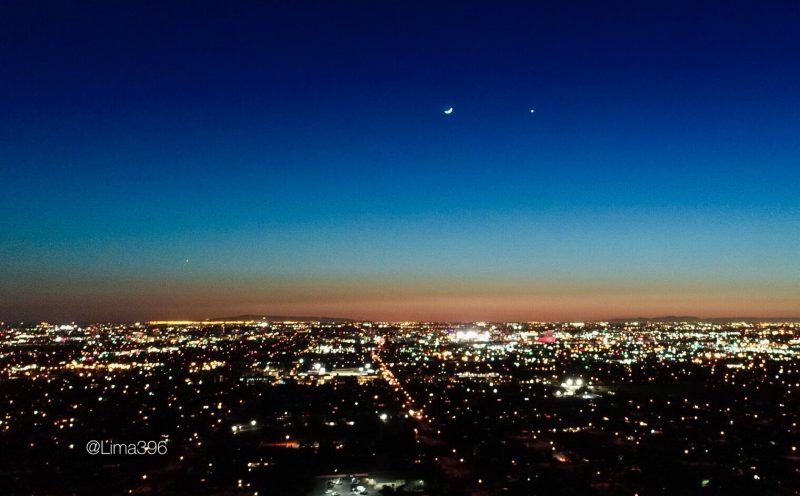 A drone captured this image in Orange, California, April 17, 2018. Image via Michael Daugherty. 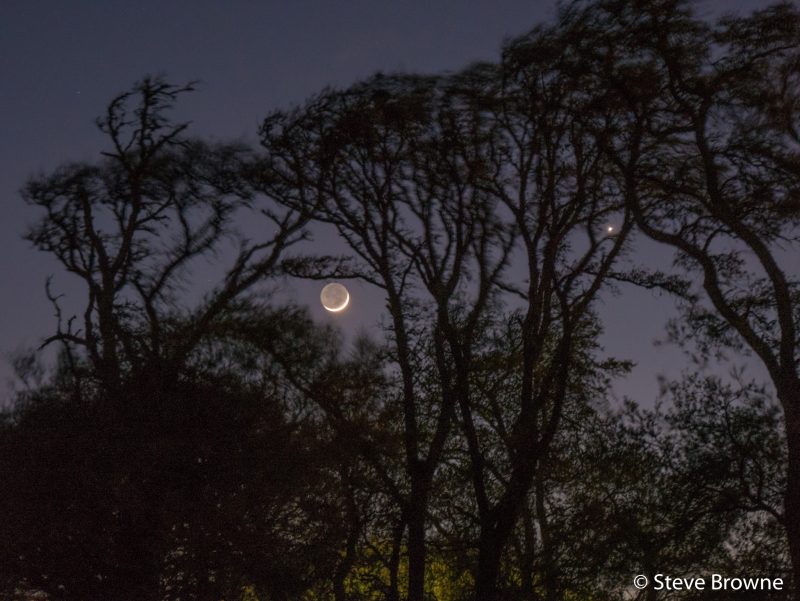 Steve Browne wrote, “Peek-a-boo, I see you. The moon and Venus hiding in the trees.” Morehead City, North Carolina, April 17, 2018. 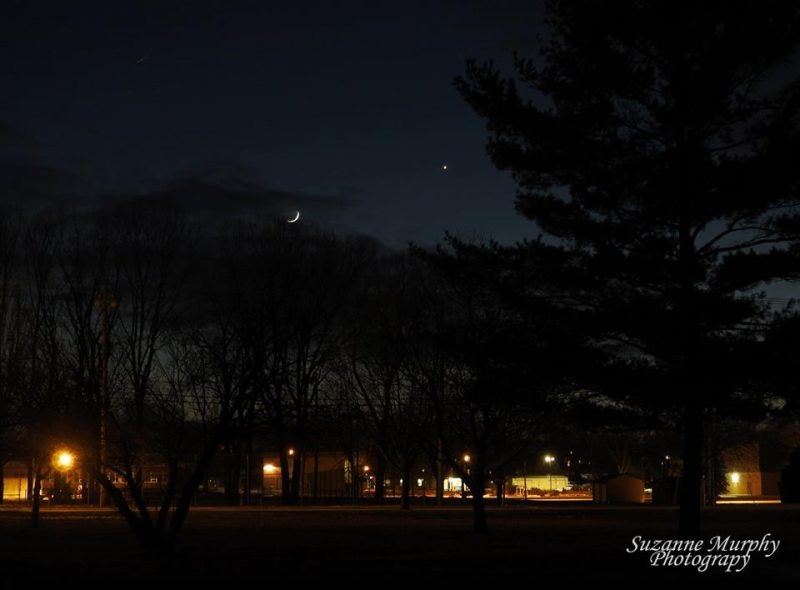 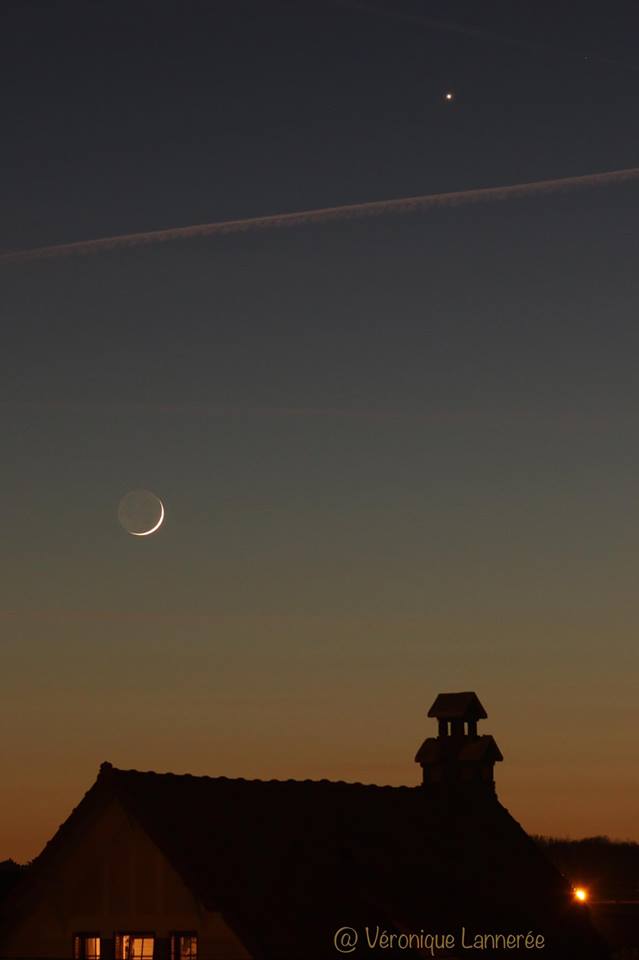 Véronique Lannerée wrote, “Beautiful rendezvous this night with Venus and a thin crescent moon, from France.”

Bottom line: Photos of the moon and Venus in April 2018.