You’ve heard of panspermia, the idea that life exists throughout space and was carried to Earth by comets? What if the reverse occurred, with microbes on Earth ejected into space by asteroid impacts, escaping into the solar system billions of years ago? 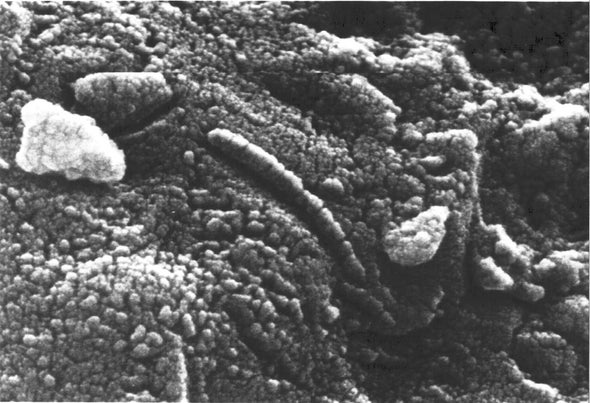 Panspermia is the theory that asteroids, meteors or comets can carry microorganisms from one planetary system to another, and that such a process – perhaps microbes coming from Mars – may have helped life first develop on Earth. But could the reverse also be possible? Could microbial life be launched from Earth by asteroid impacts? Could that earthly life then end up leaving our solar system altogether? A new research paper by theoretical physicist Abraham (Avi) Loeb at Harvard University suggests that there could have been many such events over the lifetime of the Earth so far. He also just wrote a thought-provoking opinion article in Scientific American discussing this fascinating possibility.

The new peer-reviewed study was submitted to arXiv on October 14, 2019.

Exporting terrestrial life out of the solar system requires a process that both embeds microbes in boulders and ejects those boulders out of the solar system. We explore the possibility that Earth-grazing long-period comets and interstellar objects could export life from Earth by collecting microbes from the atmosphere and receiving a gravitational slingshot effect from the Earth. We estimate the total number of exportation events over the lifetime of the Earth to be about 1-10 for long-period comets and about 1-50 for interstellar objects. If life existed above an altitude of 100 km [62 miles], then the number is dramatically increased up to about 100,000 exportation events over Earth’s lifetime. 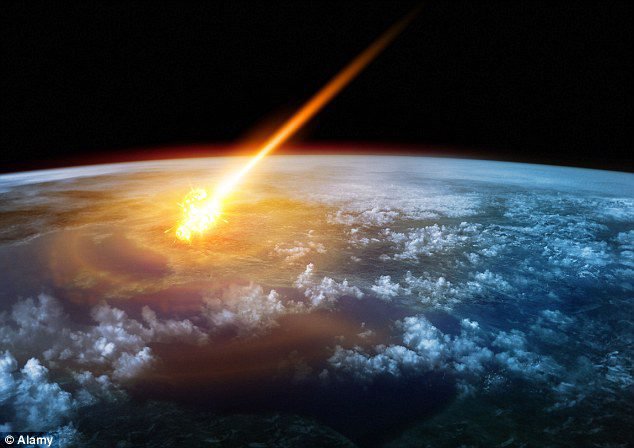 The panspermia theory says that microbes could be transported through the galaxy in asteroids, meteors or comets, and may even help explain the beginnings of life on Earth. A new study by Abraham (Avi) Loeb says that it is also possible that microscopic life could have been blasted off the Earth multiple times in the ancient past, potentially even escaping our solar system. Image via Astrobiology at NASA.

The idea that earthly life could be exported to other places in the solar system or even beyond is a fascinating one. But has it really happened?

As Loeb noted, in most cases asteroid impacts wouldn’t be able to send rocks outside the solar system, but some of them could still make that journey with the help of other planets:

Most asteroid impacts are not powerful enough to eject terrestrial rocks with enough speed to leave the solar system. But many solar system bodies spend most of their time in the Oort Cloud, a sort of comet nursery that hovers, loosely bound to the sun, at distances up to 100,000 times farther out than Earth. Some of these bodies appear episodically as long-period comets with eccentric orbits that bring them close to the sun, where they can get gravitationally kicked by planets all the way out of the solar system, like a ball running through a pinball machine.

Bacillus subtilis is one type of microorganism that could survive being ejected into space by an asteroid impact. Image via Wickham Laboratories.

As well as microbes in rocks or soil, there are colonies of microbes in the atmosphere itself, at altitudes of about of 30 to 48 miles (48 to 77 kilometers). They could be “scooped up” by asteroids passing very close to Earth, but not impacting. This could even happen with asteroids that originated from beyond the solar system.

As Loeb also noted, microbes would be much better suited for surviving  being violently ejected into space inside a chunk of rock:

It is well known that fighter pilots can barely survive maneuvers with accelerations exceeding 10 gs, where g is the gravitational acceleration that binds us to Earth. But Earth-grazing objects would scoop microbes at accelerations of millions of gs. Could they survive the jolt? Possibly! Microbes and other tiny organisms such as Bacillus subtilis, Caenorhabditis elegans, Deinococcus radiodurans, Escherichia coli and Paracoccus denitrificans have been shown to live through accelerations just one order of magnitude smaller. As it turns out, these mini astronauts are far better suited for taking a space ride than our very best human pilots.

So, could Earth have spread life to other worlds? If any microbes from Earth ever did make this journey billions of years ago, could they have survived anywhere else in the solar system if they landed on another planet or moon? Not too likely, apart from maybe Mars (depending on how habitable it was at the time) or ice/ocean moons like Europa or Enceladus. But even on those moons, any microbes would just get dumped on the airless surfaces covered in ice. It’s doubtful that they could make their way down to the oceans below through the ice crusts unless perhaps they fell into a deep crack connected to water vapor geysers, as on Enceladus.

If any life is ever discovered in the oceans of Europa or Enceladus, it’s more likely that it evolved there on its own. Also, if any microbes did make it out of the solar system completely, they would be traveling for millions or billions of years before encountering any other exoplanets or exomoons.

While it hasn’t been proven yet that life from Earth has previously traveled throughout – and perhaps even out of – the solar system, it is, according to Loeb, certainly a very interesting possibility.

Bottom line: A new paper by theoretical physicist Abraham (Avi) Loeb makes the case that microbes could have been ejected into space by asteroid impacts billions of years ago, in a reverse kind of panspermia.

Source: Exporting Terrestrial Life Out of the Solar System with Gravitational Slingshots of Earthgrazing Bodies