Lightsail 2 set to launch in June

Writing at the Planetary Society’s blog, Jason Davis this week (May 13, 2019) described the upcoming challenge of the launch of LightSail 2, a little spacecraft literally powered by sunbeams and dear to the hearts of many. He wrote:

Weighing just 5 kilograms [11 pounds], the loaf-of-bread-sized spacecraft, known as a CubeSat, is scheduled to lift off on June 22, 2019, aboard a SpaceX Falcon Heavy rocket from Kennedy Space Center, Florida. Once in space, LightSail 2 will deploy a boxing ring-sized solar sail and attempt to raise its orbit using the gentle push from solar photons.

It’s the culmination of a 10-year project with an origin story linked to the three scientist-engineers who founded The Planetary Society in 1980. 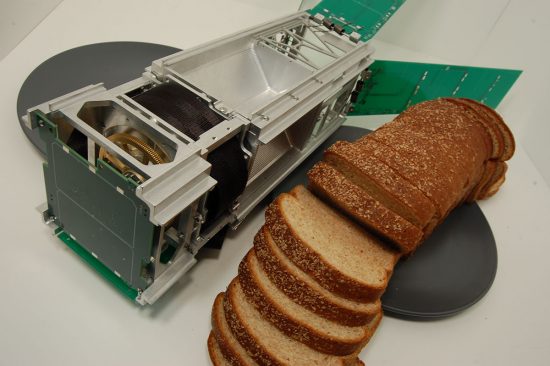 Indeed, although the Lightsail 2 project itself is 10 years old, the idea for lightsail or solar sail spacecraft goes back decades, at least. Carl Sagan – who was one of those Planetary Society founders, and who I hope you watch with as great a pleasure as I did in the videos above and below – popularized the idea for our time. Now the mantle for popularizing lightsails, and helping to bring the dream many steps closer to reality, has been passed to Bill Nye, the current CEO of the Planetary Society. He said:

Forty years ago, my professor Carl Sagan shared his dream of using solar sail spacecraft to explore the cosmos. The Planetary Society is realizing the dream. Thousands of people from all over the world came together and supported this mission. We couldn’t have done it without them. Carl Sagan, and his colleagues Bruce Murray and Louis Friedman, created our organization to empower people everywhere to advance space science and exploration. We are go for launch!

It’s true. Lightsail 2 is funded by space enthusiasts like you. Isn’t that cool? 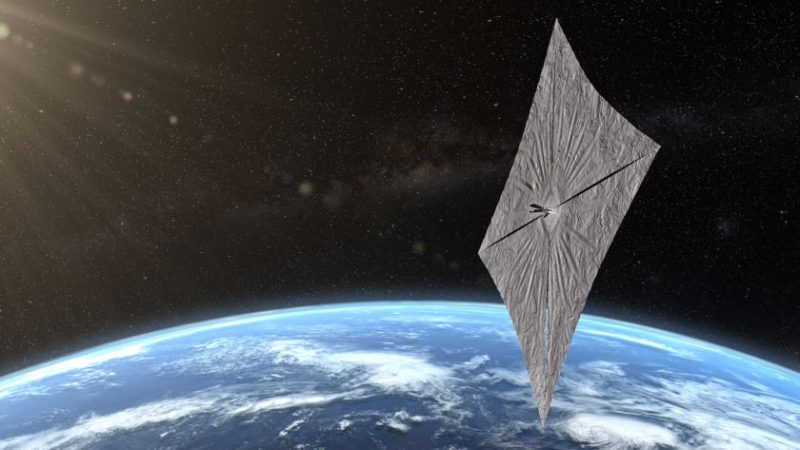 Artist’s concept of Lightsail 2, soaring above the Earth. LightSail is a citizen-funded project from The Planetary Society to send a small spacecraft, propelled solely by sunlight, to Earth orbit. Image via the Planetary Society.

If successful, LightSail 2 will become the first spacecraft to raise its orbit around the Earth using sunlight. While light has no mass, it has momentum that can be transferred to other objects. A solar sail harnesses this momentum for propulsion. LightSail 2 will demonstrate the application of solar sailing for CubeSats, small, standardized spacecraft that have made spaceflight more affordable for academics, government organizations, and private institutions.

LightSail 2 will ride to space aboard the Department of Defense’s Space Test Program-2 (STP-2) mission scheduled for launch on 22 June 2019, which will send 24 spacecraft to 3 different orbits. LightSail 2 itself will be enclosed within Prox-1, a Georgia Tech-designed spacecraft originally built to demonstrate close-encounter operations with other spacecraft. Prox-1 will deploy LightSail 2 seven days after launch.

After a few days of health and status checks, LightSail 2’s four dual-sided solar panels will swing open. Roughly a day later, four metallic booms will unfurl four triangular Mylar sails from storage. The sails, which have a combined area of 32 square meters [344 square feet], will turn towards the sun for half of each orbit, giving the spacecraft a tiny push no stronger than the weight of a paperclip. For about a month after sail deployment, this continual thrust should raise LightSail 2’s orbit by a measurable amount.

The Planetary Society launched a nearly identical spacecraft called LightSail 1 in 2015 that successfully tested the spacecraft’s sail deployment system. LightSail 2 will fly to an orbit 720 kilometers [447 miles] high, where the acceleration from sunlight overcomes atmospheric drag.

Here’s more exciting news for us skywatchers. The LightSail 2 spacecraft – with its large solar sail – might be reflective enough, and therefore bright enough, be visible in the night sky! Jason Davis said LightSail 2 might be visible:

… for a year to observers within 42 degrees of the equator, which includes the U.S. as far north as Chicago and New York. 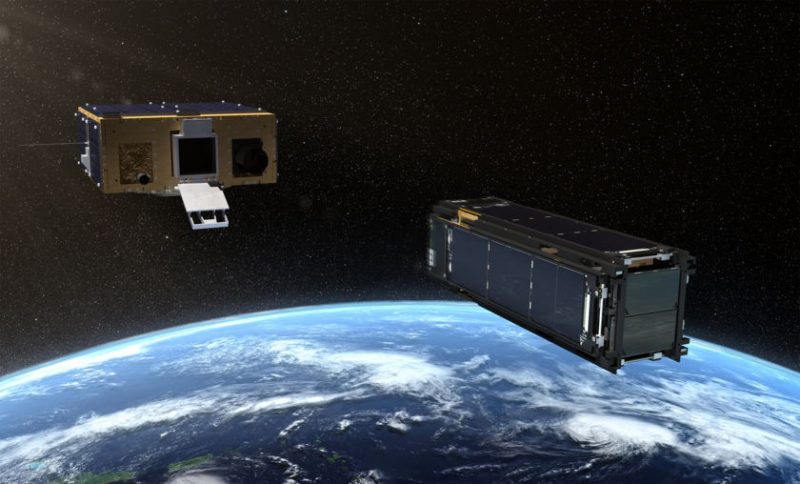 Artist’s concept of Prox-1 deploying the LightSail 2 spacecraft in Earth orbit. Image via the Planetary Society.

But I promised you more Carl Sagan, and here he is, in the video below. This video shows the full interview in which he spoke to Johnny Carson on The Tonight Show, in 1976, about the lightsail concept. It’s great. Enjoy.

Via the Planetary Society