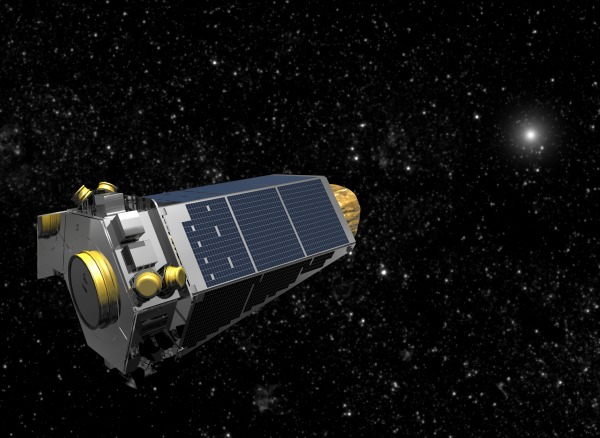 In a statement yesterday (April 11, 2016), NASA reported that Kepler mission operations engineers have successfully recovered the spacecraft from Emergency Mode.

During a scheduled contact on Thursday, April 7, mission operations engineers discovered that the planet-hunting Kepler spacecraft was in Emergency Mode (EM). EM is the lowest operational mode and is fuel-intensive. Mission scientists are not sure why Kepler entered EM.

But on Sunday morning, April 10, the spacecraft reached a stable state with the communication antenna pointed toward Earth, enabling telemetry and historical event data to be downloaded to the ground. The mission cancelled the spacecraft emergency.

The spacecraft is nearly 75 million miles (121 million km) from Earth, making the communication slow. Even at the speed of light, it takes 13 minutes for a signal to travel to the spacecraft and back.

After the mission’s previous science campaign concluded in March 2016, the spacecraft was placed in what is termed Point Rest State (PRS). While in PRS, the spacecraft antenna is pointed toward Earth and it operates in a fuel-efficient mode, with the reaction wheels at rest.

Once data is on the ground, the mission team will thoroughly assess all on board systems to determine what caused the spacecraft to go into EM and ensure the spacecraft is healthy enough to return to science mode and begin the mission’s microlensing observing campaign, called Campaign 9. Because The EM began approximately 14 hours before the planned maneuver to orient the spacecraft toward the center of the Milky Way for Campaign 9, the team has therefore ruled out the maneuver and the reaction wheels as possible causes of the EM event.

This EM event is the first that the Kepler spacecraft has encountered during its seven years in space.

Kepler completed its prime mission in 2012, detecting nearly 5,000 exoplanets, of which, more than 1,000 have been confirmed. In 2014 the Kepler spacecraft began a new mission called K2. In this extended mission, K2 continues the search for exoplanets while introducing new research opportunities to study young stars, supernovae, and many other astronomical objects.

Bottom line: The planet-hunter Kepler spacecraft when into Emergency mode last week, but now has recovered.