The James Webb Space Telescope brings proven on-the-ground benefits as recently as July 2011. Plus – how you can help save this project.

While the James Webb Space Telescope hangs in financial limbo, awaiting a date on which the House will vote on continuation of its funding, scientists are pushing forward with its development. Advocates of the telescope – planned for a launch date of 2018 – argue that its benefits will spread into all areas of science, technology and the economy. Now, at least seven years away from its planned launch, its advocates have been proven right in the area of optics.

In July 2011, NASA finished polishing the new space telescope’s mirrors to an accuracy of one-millionth of an inch, a milestone toward its completion. The technology developed for testing the mirrors has already spurred improvements in ocular health care, from diagnosing problems and providing more accurate contact lenses to perfecting laser eye surgery, according to NASA.

The same methods used to scan the mirrors for imperfections, called wavefront sensing, is already used by opthamologists to scan the surface of the eye. The need for more accurate measurements of the telescope’s mirrors led to developments in wavefront sensing technology, in turn inspiring improvements in methods used by eye doctors. The technology can be applied to “‘map’ the topography of the eye more accurately,” according to a NASA press release.

NASA says this is an important demonstration of the powers of space science, where astronomers and other scientists must constantly innovate in order to move into unfamiliar terrain. And it’s a big step for Webb advocates, who have their first concrete proof that the telescope is worth its current – and likely to grow – price tag of $6.5 billion. (In comparison, Hubble ended up costing $11 billion in today’s dollars.)

Grassroots support sprang up almost immediately following the July 2011 announcement of the telescope’s proposed elimination in the U.S. House of Representatives. Perhaps the most accessible source is the Save the James Webb Space Telescope’s blog, which works in conjunction with a Facebook fan page and the Twitter handle @SaveJWST. The blog provides updates on the telescope’s status, as well as aggregating important support links, including a change.org petition (which only U.S. citizens are supposed to sign), and a quick link for readers to contact their representatives.

The Facebook page, which currently has more than 3,500 fans, provides advocates around the globe with a place to post news about the telescope, express their personal reasons for support, and, most recently, make suggestions about how to push the movement further into public view. 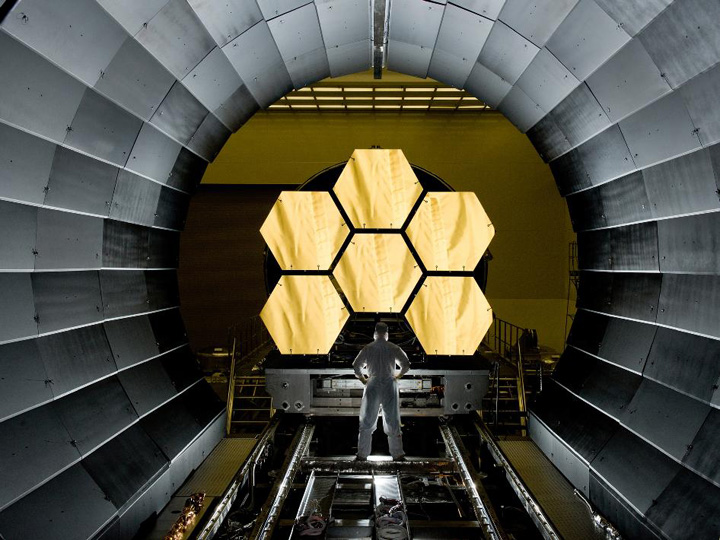 Northrup Grumman, which is a partner in building the Webb, has its own support page, including “tell-a-friend” and “write to Congress” web widgets, tools for contacting the media and politicians, and email alerts on telescope news.

The Association of Universities for Research in Astronomy, the university consortium that sponsored Johns Hopkins University as the site for the Space Science Telescope Institute (STScI), has its own resource center for the Webb. It is largely an aggregate of telescope-related news and support statements issued from prominent individuals and organizations, plus editorials and informative resources about the telescope itself.

Bonnie Dunbar on the end of the space shuttle era