The Hubble Space Telescope made its millionth observation during a search for water in the atmosphere of a planet 1,000 light-years away.

On July 4, 2011, only months after its 21st anniversary in April of this year, NASA’s Hubble Space Telescope logged its one-millionth science observation.

The telescope made its millionth observation during a search for water in an exoplanet’s atmosphere 1,000 light-years away. It was a spectroscopic measurement, where light is divided its component colors. These color patterns can reveal the chemical composition – showing, for example, the signature of water in the atmosphere of a distant world. 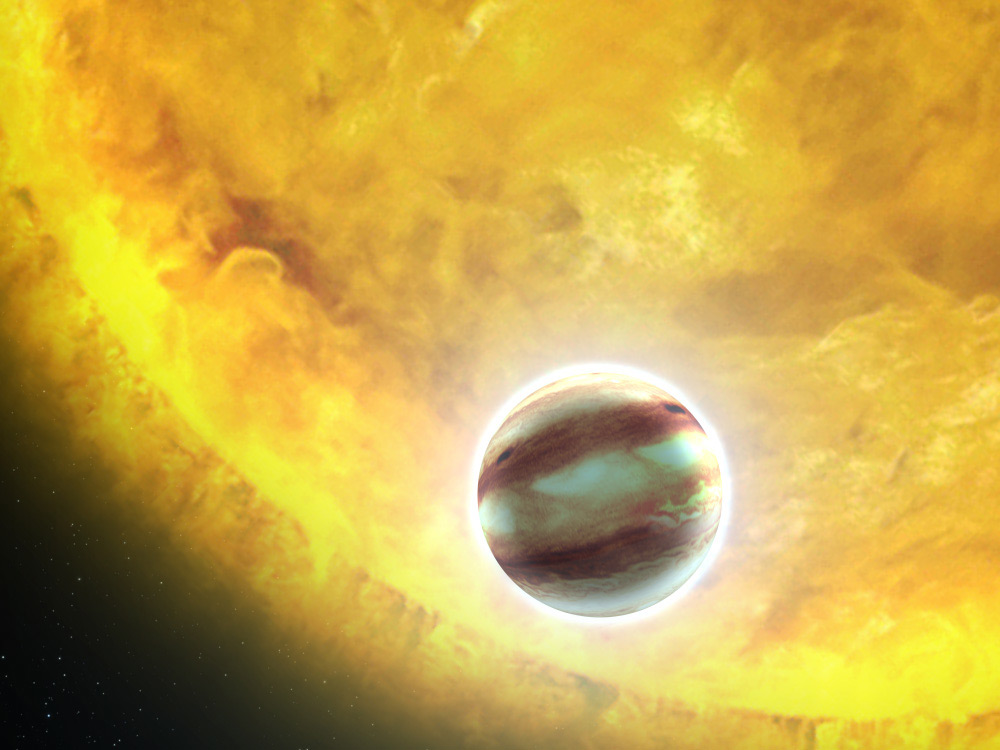 Hubble’s millionth exposure is of the planet HAT-P-7b, a gas giant planet larger than Jupiter orbiting a star hotter than our sun. HAT-P-7b, also known as Kepler 2b, has been studied by NASA’s planet-hunting Kepler observatory after it was discovered by ground-based observations. Hubble now is being used to analyze the chemical composition of the planet’s atmosphere. Astronomer Drake Deming of the University of Maryland and NASA’s Goddard Space Flight Center in Greenbelt, Md. said:

We are looking for the spectral signature of water vapor. This is an extremely precise observation and it will take months of analysis before we have an answer. Hubble demonstrated it is ideally suited for characterizing the atmospheres of exoplanets, and we are excited to see what this latest targeted world will reveal.

This exciting set of observations in search of water vapor on a planet orbiting another star is laying the foundation for how we plan to use the James Webb Space Telescope’s more powerful vision to look for liquid water on nearby planets, the necessary precursor to extraterrestrial life.

Hubble was launched April 24, 1990, aboard space shuttle Discovery’s STS-31 mission. The
observatory has collected more than 50 terabytes of data to-date. The archive of that data is available to scientists and the public.

Hubble’s odometer reading includes every observation of astronomical targets since its launch and observations used to calibrate its suite of instruments. Hubble made the millionth observation using its Wide Field Camera 3, a visible- and infrared-light imager with an on-board spectrometer. It was installed by astronauts during the Hubble Servicing Mission 4 in May 2009.

Details about the exoplanet Kepler 2b, including an animation of its orbit