This date in science: India and Mars 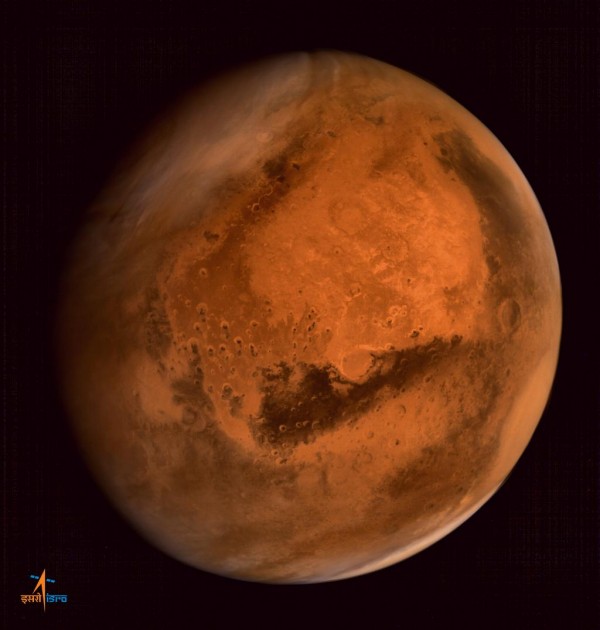 September 24, 2014. After a journey of over 10 months, India’s Mars Orbiter Mission (MOM) arrived at Mars on this date and entered successfully into orbit around the planet. To achieve orbit, the craft fired its 440 Newton Liquid Apogee Motor (LAM), along with eight smaller liquid engines. The Indian Space Research Organization (ISRO) announced that MOM successfully entered into an orbit around planet Mars on September 24, 2014 at 7:30 a.m. India Standard Time (02:00 UTC; 20:00 EDT in the U.S. on September 23).

With MOM’s success, India became the first Asian country and the fourth in the world to put its spacecraft into the Red Planet’s orbit. The ISRO said at the time that the achievement marked the first time that a spacefaring power has made a successful arrival at Mars on its first attempt.

The Liquid Engines fired for 24 minutes and 14 seconds. This engine burn changed the velocity of the spacecraft by 1,099 meters/sec. With this operation, the spacecraft entered into an elliptical orbit around Mars. Gizmag reported that the maneuver was:

… a bit of a nail biter because the laws of orbital mechanics required the autonomous engine burn to take place while the MOM probe was flying behind Mars and out of telemetry contact with Earth. If the engine fired incorrectly, the craft would either have been hurled back into deep space or burned up in the Martian atmosphere. However, when contact was reestablished, mission control in Bangalore confirmed that MOM had settled into its proper elliptical orbit … 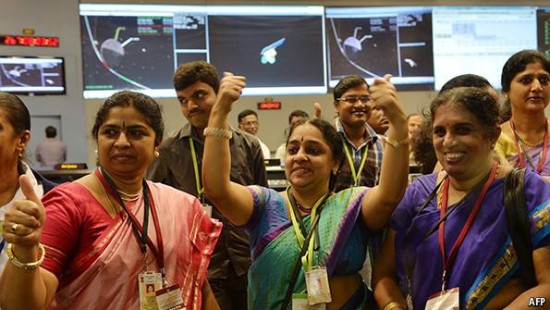 The spacecraft completed its initial six-month mission in orbit around Mars on March 24, 2015. At that time, ISRO extended the mission by an additional six months. In March, the spacecraft had 37 kilograms (82 pounds) of propellant remaining and all five of its scientific instruments were working properly (and still are, as far as we know).

The orbiter can reportedly continue orbiting Mars for several years with its remaining propellant.

ISRO has called MOM a technology demonstrator. The mission does carry a five-instrument suite for its mission of studying the surface and atmosphere of Mars with a particular emphasis on measuring the methane in the Martian atmosphere: a key indicator of microbial life. But – according to David Leonard at Space.com – its primary objective is to showcase India’s rocket launch systems, spacecraft building and operations capabilities with the goal of more missions launched from India to the planets, in the future.

In the meantime, MOM has acquired some amazing images of Mars, like the ones on this page. You can follow MOM on Facebook to get the latest. There’s a Twitter feed, too (@MarsOrbiter), which doesn’t seem as active at this time, but could always pick up. 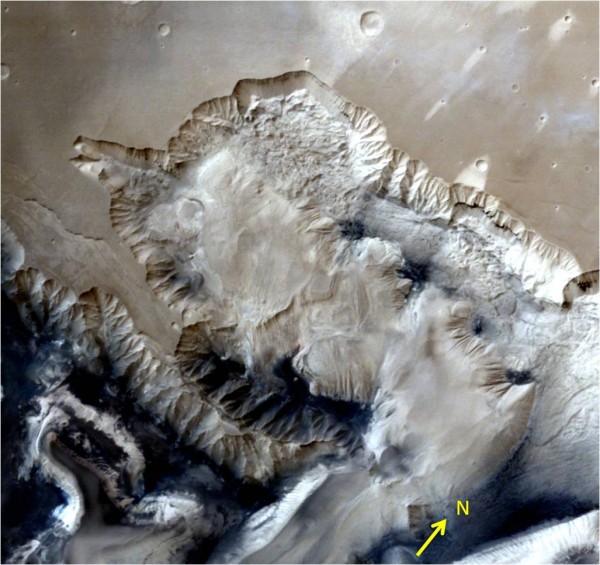