Images of closest supernova in years, in galaxy M82

You’ll understand why astronomers say a supernova can outshine a whole galaxy.

Amateur astronomers are capturing the first images of the supernova, or exploding star, in the famous galaxy Messier 82 (M82), which appears along our line of sight to the famous Big Dipper asterism. The first to recognize the supernova, it seems, was a team of students at the University College London Observatory, inside the London city limits, on January 21, 2014 (view press release). It is bright enough to be visible in small telescopes, and it’s apparently still getting brighter. It’s well placed for viewing in the evening hours.

M82 is a near neighbor in our vast universe of galaxies. This is the closest supernova in years, at 11 or 12 million light-years away. Hopefully, it goes without saying that there is no danger. Members of the EarthSky community captured the images below. Enjoy thinking about this vast explosion in space, which actually happened millions of years ago. We are only now seeing its light. 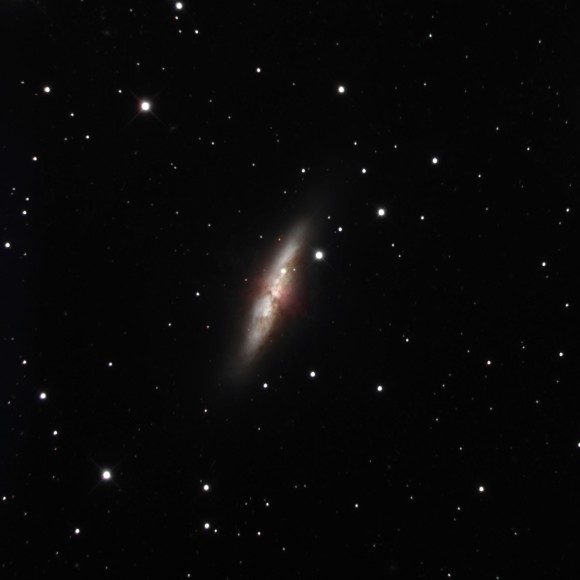 Our friend Mike Hankey sent in this photo, which he took this morning (January 23, 2014). He said it was a relatively long exposure, of 3.5 hours. See image below this one to identify which star is the supernova. Thank you, Mike! Visit Mike’s AstroPhotos 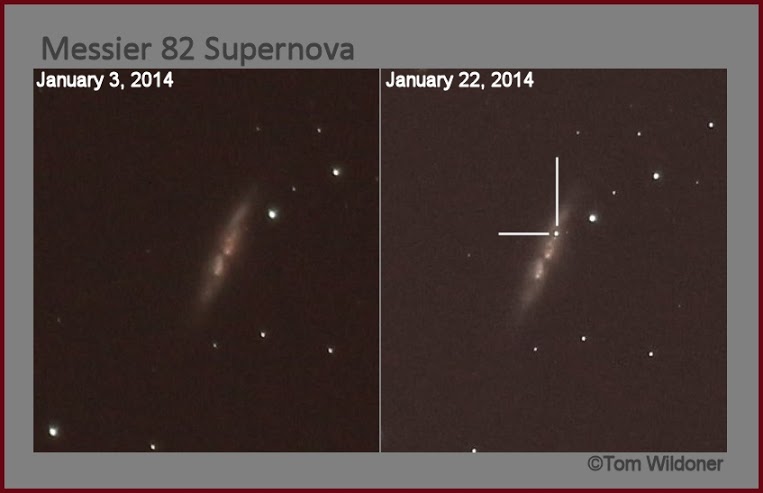 View larger. | Scott MacNeill at Frosty Drew Observatory captured these before-and-after images of the galaxy M82 this month. The one on the right shows the supernova. Thank you, Scott! 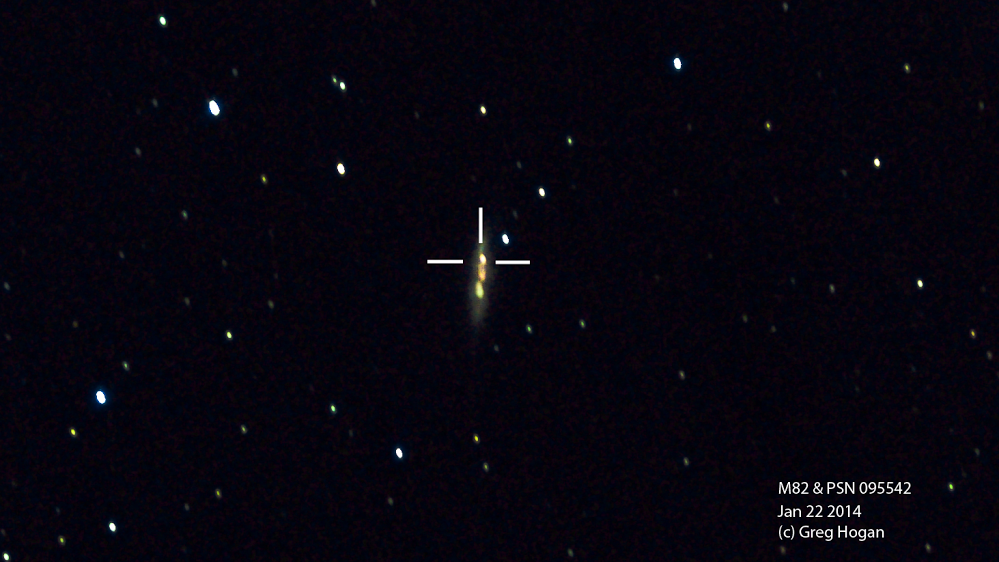 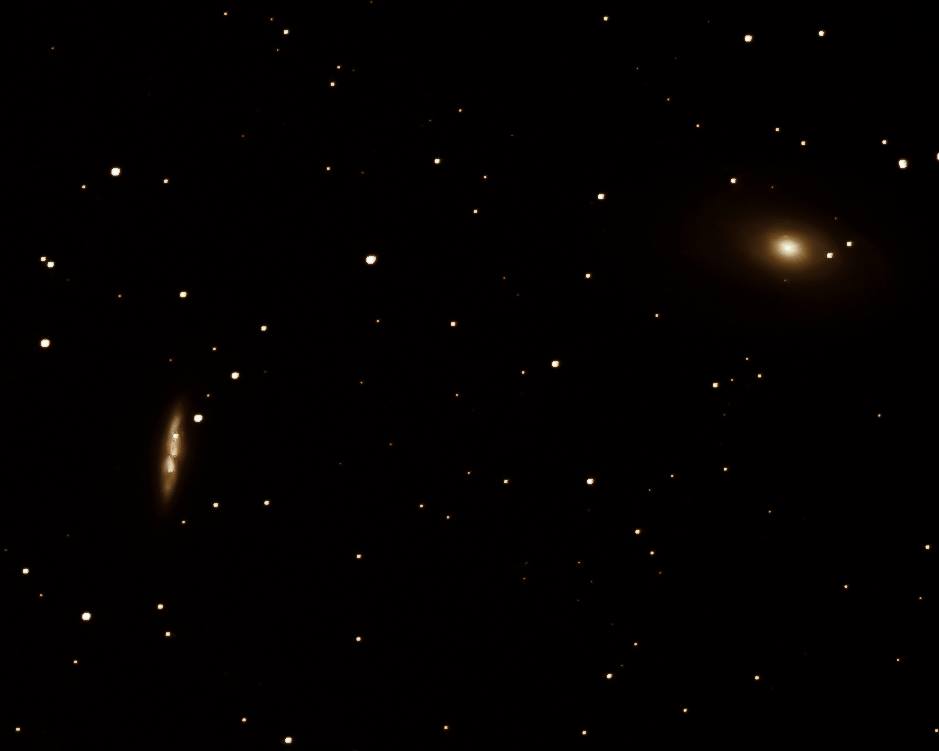 M82 (Cigar Galaxy) is nearly always mentioned with another object, known as M81 (Bode’s Nebula). Here are the two M-objects together (M82 is on the left). Our friend Ken Christison captured this beautiful image this morning (January 23, 2014). He said it’s a stack of 15 images of 30 seconds.

Some are saying this is the nearest supernova since Supernova 1987A in the Large Magellanic Cloud. However, there was another supernova, Supernova 1993J, in M81 some 20 years ago. The supernova’s preliminary designation is PSN (Preliminary Supernova) J09554214+6940260. Expect a better name soon! Skyandtelescope.com reports:

A spectrum reported by Yi Cao and colleagues (Caltech) suggests that the supernova may still be two weeks away from reaching its peak brightness. The spectrum shows it to be a Type Ia supernova — an exploded white dwarf — with debris expanding at 20,000 kilometers per second. It is reddened, and hence must also be dimmed, by dust in M82 along our line of sight.

You need a telescope to see the supernova, so check with your local science or astronomy club. Some may be having impromptu star parties in its honor. M82 is well up in the northeastern sky by 7 or 8 p.m. (for observers at mid-northern latitudes). The waning gibbous moon doesn’t rise until much later.