Astronomers have used the Hubble Space Telescope to capture an image of galaxy cluster MACS J1206.2-0847 — or MACS 1206, for short. The apparent distortion of distant galaxies in the background of the image is caused by an invisible substance called dark matter, whose gravity bends and distorts their light rays.

The image of MACS 1206, released by NASA/ESA on October 13, 2011, is part of a new survey of galaxy clusters by the CLASH team (The Cluster Lensing And Supernova survey with Hubble), who has observed six of 25 clusters of galaxies targeted for study. The survey will let astronomers construct detailed dark-matter maps of more galaxy clusters than ever before. 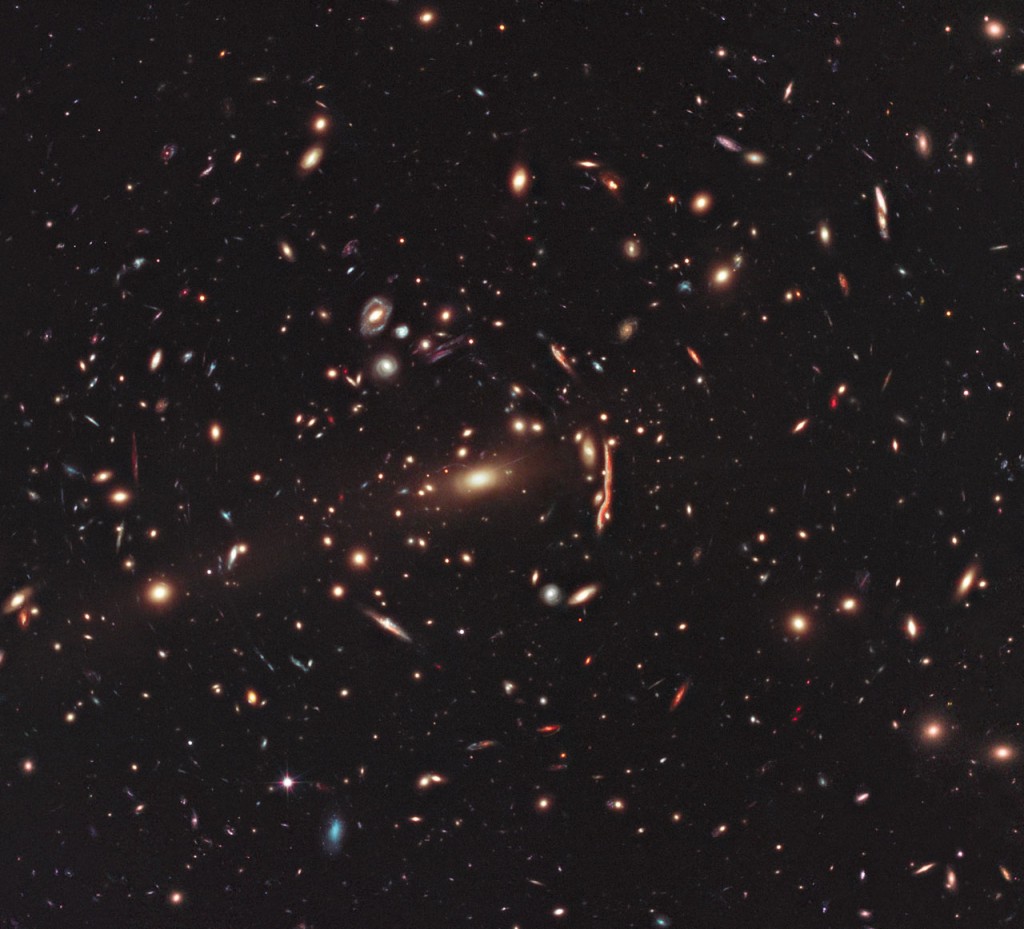 The gravity of dark matter bends and distorts the light from distant galaxies in this Hubble image of galaxy cluster MACS 1206. Image Credit: NASA/ESA et al.

Astronomers use dark-matter maps to test previous but surprising results suggesting that dark matter is more densely packed inside clusters than some models predict. This could mean that galaxy clusters assembled earlier than many scientists have thought.

The dark matter in the universe can be detected only by measuring how its gravity tugs on visible matter and warps the fabric of space-time like a fairground mirror.

Galaxy clusters like MACS 1206 are perfect laboratories for studying dark matter’s gravitational effects because they are the most massive structures in the universe held together by gravity. Because of their immense gravitational pull, the clusters act like giant cosmic lenses, amplifying, distorting and bending any light that passes through them — an effect known as gravitational lensing.

Lensing effects can also produce multiple images of the same distant object, as is evident in the Hubble picture above. In particular, the apparent numbers and shapes of the distant galaxies far beyond a galaxy cluster become distorted as the light passes through, yielding a visible measurement of how much mass there is in the intervening cluster and how it is distributed. 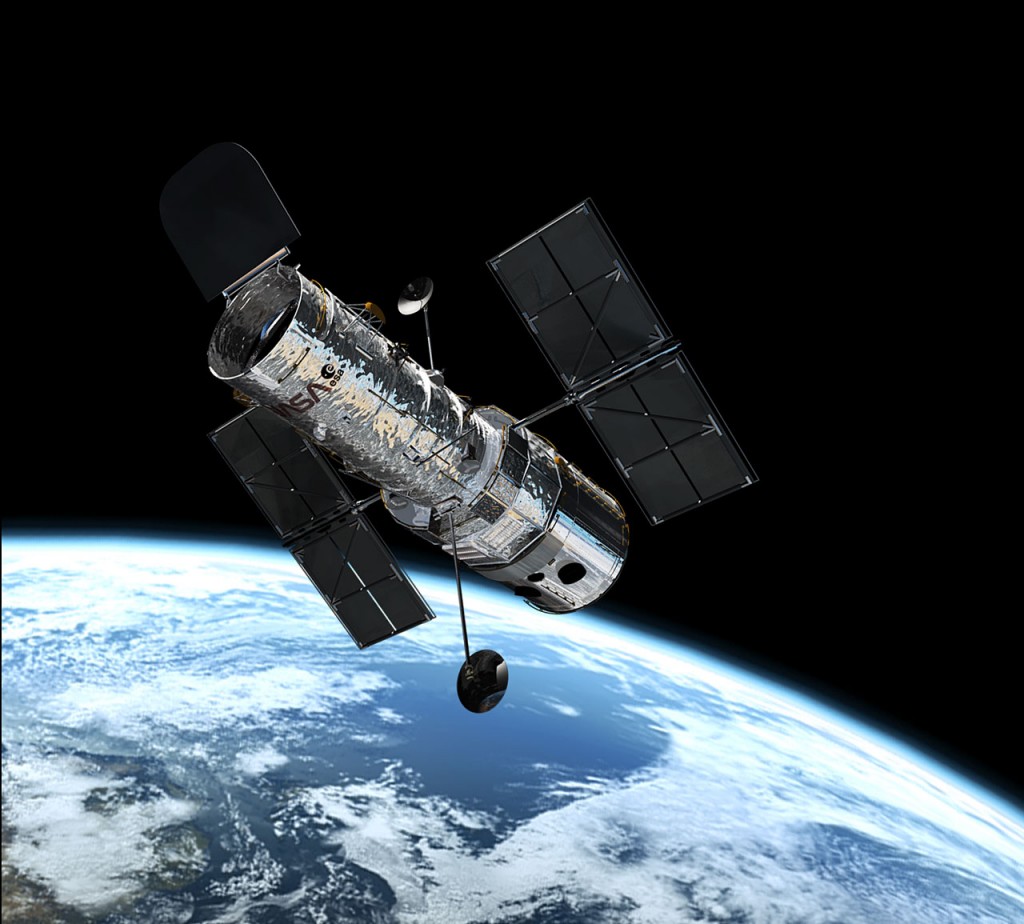 The substantial lensing distortions are proof that the dominant mass component of the clusters is dark matter. The distortions would be far weaker if the clusters’ gravity came only from visible matter.

MACS 1206 lies four billion light-years from Earth. Hubble has helped CLASH astronomers to uncover 47 multiple images of 12 newly identified faraway galaxies. Finding so many multiple images in a cluster is a unique capability of Hubble.

Meanwhile, the European Southern Observatory’s Very Large Telescope is making spectroscopic observations of the clusters: Instruments split up the galaxies’ light into their component colors, letting the scientists draw inferences about many of the properties of the cluster galaxies, including their distance and chemical makeup.

Taking advantage of two of Hubble’s powerful cameras, the CLASH survey covers a broad wavelength range, from ultraviolet to near-infrared.

Astronomers need the diverse colors to estimate the distances to the lensed galaxies and to study them in more detail.

The era when the first clusters formed is not precisely known but is estimated to be at least nine billion years ago and possibly as far back as 12 billion years ago. If most of the clusters in the CLASH survey are found to have excessively high accumulations of dark matter in their central cores, they may yield new clues about the origin of structure in the universe.

Bottom line: The CLASH team, using Hubble Space Telescope, has begun a survey of galaxy clusters for the purpose of studying the gravitational warping effects of dark matter. NASA/ESA released the image on October 13, 2011.

Barry Barish hunts for dark matter in our universe

Karl Gebhardt on dark matter and the expansion of the universe