The Necklace Nebula is 12 trillion miles wide, located in the constellation Sagitta.

The glowing remains of an ordinary, sun-like star, this nebula consists of a bright ring, measuring 12 trillion miles wide, dotted with dense, bright knots of gas that resemble diamonds in a necklace. Hubble captured the image on July 2, 2011. 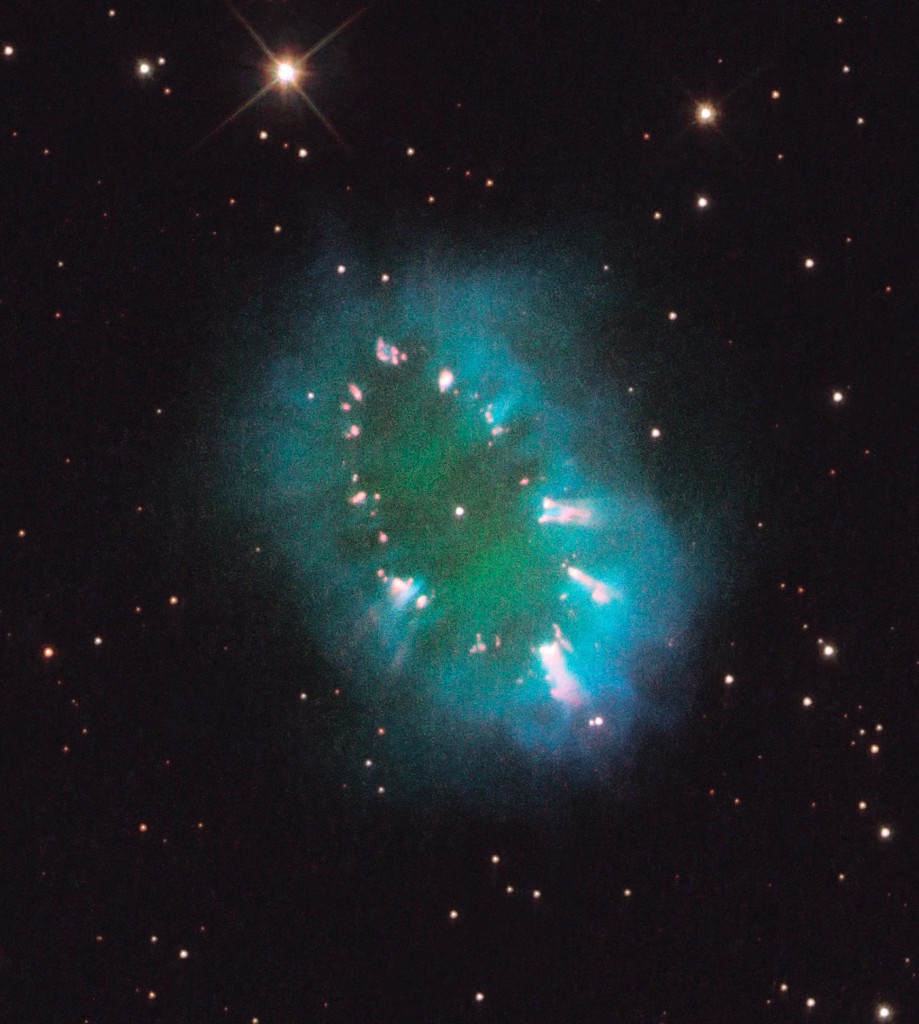 In the center of the Necklace Nebula are two companion stars whirling around each other. In this image, they appear as one small point of light. Image Credit: NASA, ESA, and the Hubble Heritage Team (STScI/AURA)

In this composite image, the nebula glows in blue (hydrogen), green (oxygen) and red (nitrogen).

A pair of stars orbiting close together produced the nebula, also called PN G054.2-03.4. About 10,000 years ago, one of the aging stars expanded to the point where it engulfed its companion star. The smaller star continued orbiting inside its larger companion, increasing the giant’s rotation rate.

The bloated companion star spun so fast that a large part of its gaseous envelope expanded into space. Due to centrifugal force, most of the gas escaped along the star’s equator, producing a ring. The embedded bright knots are dense gas clumps in the ring.

The two companions are so close — only a few million miles apart — that they appear as one bright dot in the center. The stars are furiously whirling around each other, completing an orbit in little more than a day.