How the moon got its sunburn

Every object, planet or person traveling through space has to contend with the sun’s damaging radiation – and the moon has the scars to prove it.

Research using data from NASA’s ARTEMIS mission suggests that some of the coloration we see on the moon could be a form of sunburn.

Under these miniature magnetic umbrellas, the material that makes up the moon’s surface, called regolith, is shielded from the sun’s particles. As those particles flow toward the moon, they are deflected to the areas just around the magnetic bubbles, where chemical reactions with the regolith darken the surface. This creates the distinctive patterns of darker and lighter swirls that are so prominent they can be seen from Earth. 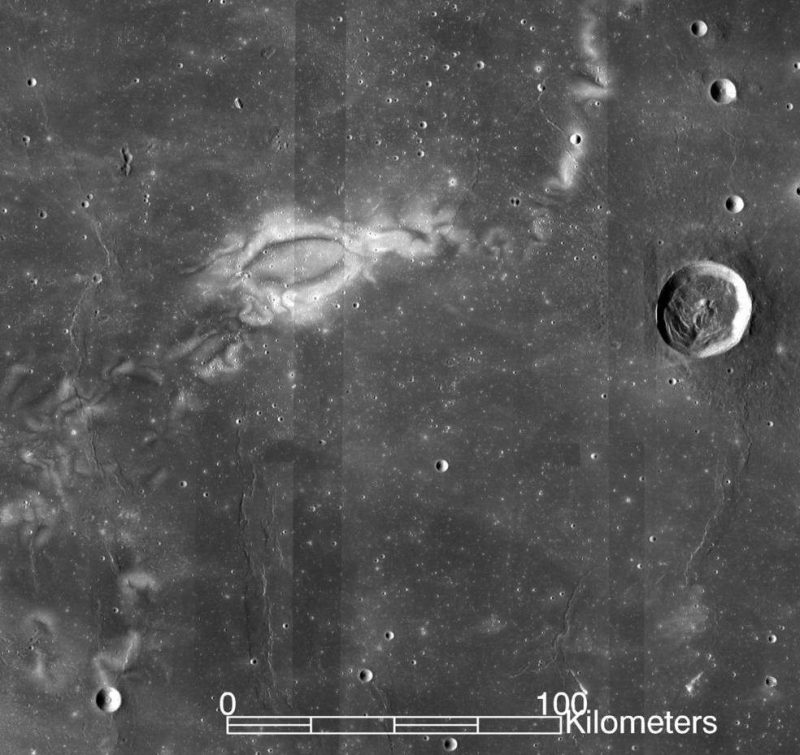 Research suggests that lunar swirls, like the Reiner Gamma lunar swirl imaged here by NASA’s Lunar Reconnaissance Orbiter, could be the result of solar wind interactions with the moon’s isolated pockets of magnetic fields. More about this image. Image via NASA LRO WAC science team.

Bottom line: Video on how the moon got its distinctive pattern of lighter and darker swirls.