We think of globular clusters as being scattered far from the galaxy’s central regions, in the great spherical halo of our Milky Way. But astronomers are finding them much closer to the galactic center. 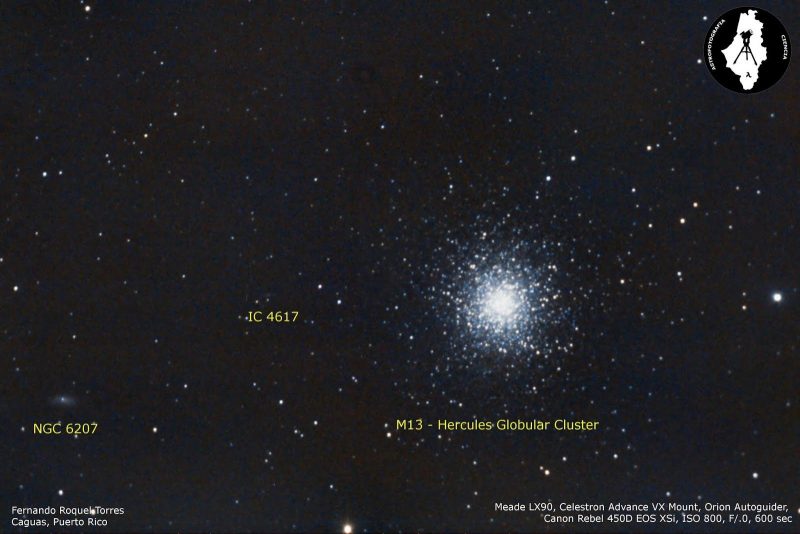 Astronomer Denilso Camargo in Brazil emailed EarthSky last week with word of a newly published study, on the discovery of three more ancient globular clusters in the bulge – what these astronomers are calling the heart – of our home galaxy, the Milky Way. The discovery follows a similar one from 2018 by Camargo, in which he announced five globular star clusters near the heart of the Milky Way.

The discovery is unusual because we don’t think of the large, symmetrical globular clusters as residing near the Milky Way’s center. Instead, we think of these ancient clusters – which are thought to contain some of our galaxy’s oldest stars – as belonging to the halo of the galaxy, a more or less spherical region surrounding the galaxy’s center.

Camargo and his co-author – astronomer Dante Minniti in Chile – communicated their discovery a new paper published January 21, 2019, by the Monthly Notices of the Royal Astronomical Society Letters. Camargo wrote: 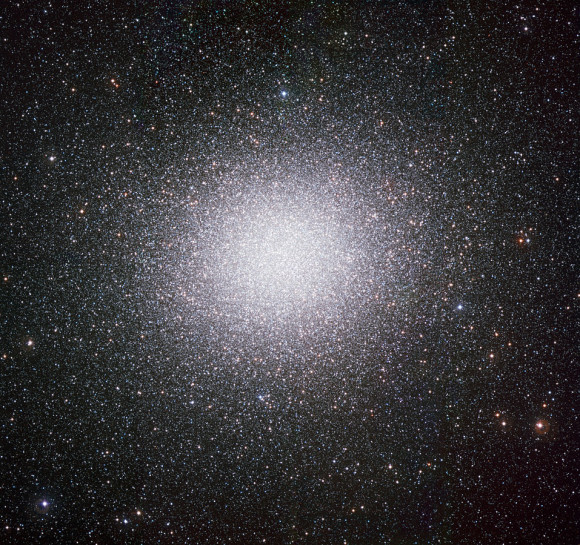 The globular cluster Omega Centauri. It might contain as many as 10 million stars. Image via ESO’s La Silla Observatory/Wikimedia Commons.

As relics of star formation in the early universe, globular clusters may provide important clues on the Milky Way history.

For instance, the bulge formation and evolution remains poorly understood and globular clusters are powerful tools to trace its structure, kinematics, and stellar content. The bulge has been the subject of an active debate in the last few years, which generated an important effort in order to characterize properly the central region of our home galaxy. The near- and mid-IR photometry provided by wide-field sky surveys is boosting our knowledge on this issue, since the bulge direction is heavily obscured by dust and stellar crowding in the visible wavelengths.

Globular star clusters are known to be located mostly in the great spherical halo of the Milky Way.

Spiral galaxies like our Milky Way contain stars, gas and dust, mostly organized into a flat disk containing the spiral arms, but with the addition of a more rounded bulge and halo, centered on the galaxy’s center. The famous astronomer Edwin Hubble introduced the word bulge in the early 1940s. That was the era in which astronomers began to recognize the basic features of our home galaxy, looking – as we do – from inside it.

Classical bulges are thought to emerge from violent events such as galaxy mergers or sinking of giant gas clumps and host older stellar population within a spherical structure like elliptical galaxies. Flattened disk-like bulges may arise on longer timescales via internal processes such as disk instabilities and secular evolution.

The stars in globular clusters are thought to be the oldest stars in the galaxy. They are what astronomers call metal-poor; that is, they’re made primarily of the original ingredients of our universe, hydrogen and helium, without the heavier elements (which astronomers inexplicably describe as metals) made in subsequent generations of stars. Camargo said that, since globular clusters:

The newly discovered globular clusters are very old and extremely metal-poor, for their location, with ages in the range of 12.0 to 13.5 billion years ago.

The globular clusters discovered in this study, just as those in the previous paper, suggest that the Milky Way central region hosts a subpopulation of very old and metal-poor globular clusters, which is consistent with being an inner halo component.

Alternatively, these clusters may be part of an old classical bulge built up by merging in the early Milky Way history.

The merger scenario, by the way – the idea that our Milky Way merged with another galaxy early in its history – has been borne out by data from Gaia’s second data release. 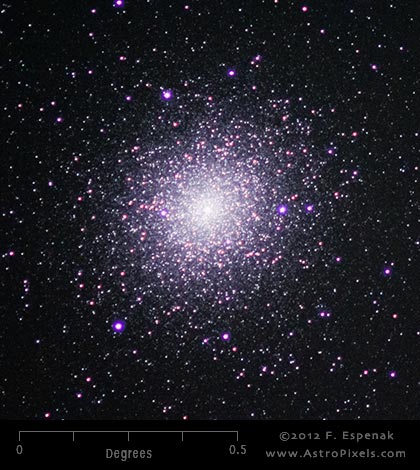 The globular star cluster 47 Tucanae, via Fred Espenak at AstroPixels.com. Used with permission.

Bottom line: Astronomer Denilso Camargo reports on the discovery and implications of three new globular clusters, found at the heart of the Milky Way.