Astronomers find a new, nearby galaxy

Astronomers studying a globular star cluster accidentally discovered a more-distant galaxy behind it. The little galaxy is 30 million light-years away and is nicknamed Bedin 1. The videos in this post take you there.

The computer animation above uses data from the Hubble Space Telescope, and from ground-based telescopes, to take you on a trip through the globular cluster NGC 6752. It shows a newly discovered dwarf galaxy – called Bedin 1 – hidden behind the globular cluster’s stars. Astronomers found this little galaxy while using the Hubble Space Telescope to photograph the globular star cluster, which is located 13,000 light-years away in the halo of our home galaxy, the Milky Way. The newly known galaxy is approximately 2,300 times farther away than the foreground cluster. Still, on the vast distance scale used by astronomers, the newly discovered galaxy is said to be:

… in our own cosmic backyard, only 30 million light-years away.

These astronomers described their new discovery January 10, 2019, in the peer-reviewed journal Monthly Notices of the Royal Astronomical Society – Letters.

Below is another video, which also takes you on a journey to the globular cluster NGC 6752. The final view, from the Hubble Space Telescope, shows the bright stars of the cluster, as well as a collection of faint stars; these faint stars are part of the background galaxy.

The newly discovered object is classified as a dwarf spheroidal galaxy because it measures only around 3,000 light-years across at its greatest extent (barely 1/30th the diameter of our Milky Way). It’s roughly 1,000 times dimmer than the Milky Way. Dwarf spheroidal galaxies are defined by their small size, low luminosity, lack of dust and old stellar populations. Thirty-six galaxies of this type are already known to exist in our Local Group of galaxies, 22 of which are satellite galaxies of the Milky Way. The new galaxy is beyond the Local Group, however.

An international team of astronomers led by Luigi Bedin of INAF-Astronomical Observatory of Padua, Italy, discovered it. A statement from HubbleSite.org said:

Because of its 13-billion-year-old age, and its isolation — which resulted in hardly any interaction with other galaxies — the dwarf is the astronomical equivalent of a living fossil from the early universe.

A second statement, from SpaceTelescope.org, explained:

The discovery of Bedin 1 was a truly serendipitous find. Very few Hubble images allow such faint objects to be seen, and they cover only a small area of the sky. Future telescopes with a large field of view, such as the WFIRST telescope, will have cameras covering a much larger area of the sky and may find many more of these galactic neighbors. 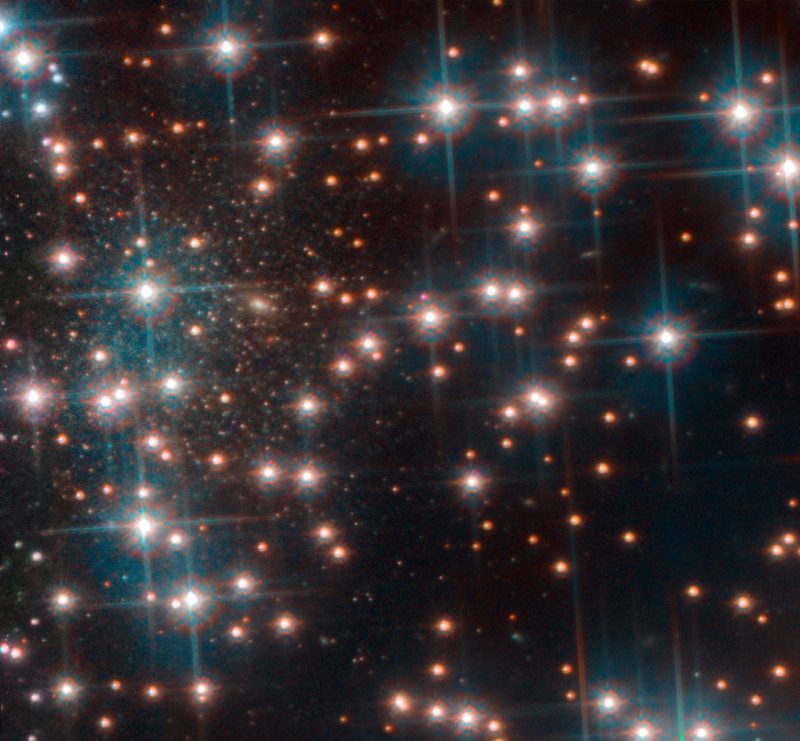 Close-up of a part of the globular cluster NGC 6752. Look closely – left side of image – and you’ll see a previously unknown dwarf spheroidal galaxy, nicknamed Bedin 1, in the far background. Image via SpaceTelescope.org. 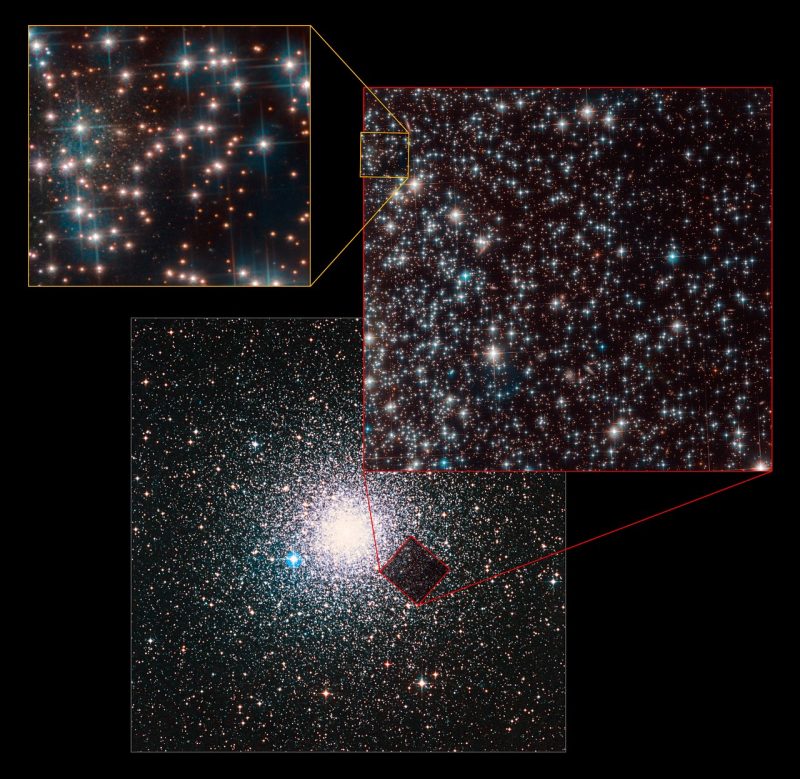 This composite image shows the location of the accidentally discovered dwarf galaxy Bedin 1 behind the globular cluster NGC 6752. The lower image, depicting the complete cluster, is a ground-based observation from the Digitized Sky Survey 2. The upper right image shows the full field of view of the Hubble Space Telescope. The upper left one highlights the part containing the galaxy Bedin 1. Image via SpaceTelescope.org.

Bottom line: Astronomers studying the relatively nearby globular star cluster NGC 6752 stumbled upon a more-distant galaxy behind it. The little galaxy is 30 million light-years away and is nicknamed Bedin 1.

Source: The HST Large Programme on NGC?6752. I. Serendipitous discovery of a dwarf Galaxy in background