How our Milky Way looks from space

Composite of 2 spiral galaxies – offered in celebration of the Hubble Space Telescope’s 27th birthday today – shows how our Milky Way galaxy might look if we were outside it. 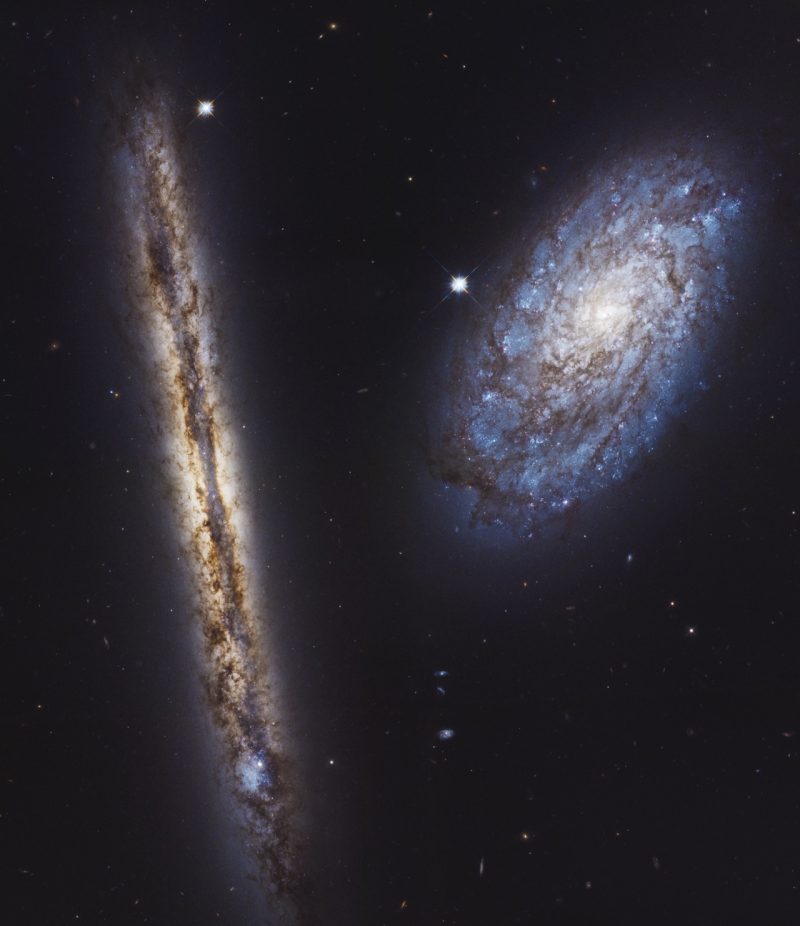 When the Hubble Space Telescope launched aboard the Space Shuttle Discovery on April 24, 1990, astronomers could only dream what they might see. Now, 27 years and more than a million observations later, the telescope delivers yet another magnificent view of the universe — this time, a striking pair of spiral galaxies much like our own Milky Way. These island cities of stars, which are approximately 55 million light-years away, give astronomers an idea of what our own galaxy would look like to an outside observer. The edge-on galaxy is called NGC 4302, and the tilted galaxy is NGC 4298. Although the pinwheel galaxies look quite different because they are angled at different positions on the sky, they are actually very similar in terms of their structure and contents.

Bottom line: Two images of distant galaxies give an idea of what our Milky Way might look like to observers at different vantage points in space.