Why no young stars at Milky Way center?

An international team of astronomers finds that that there’s a large region around the center of our home galaxy that’s devoid of young stars. 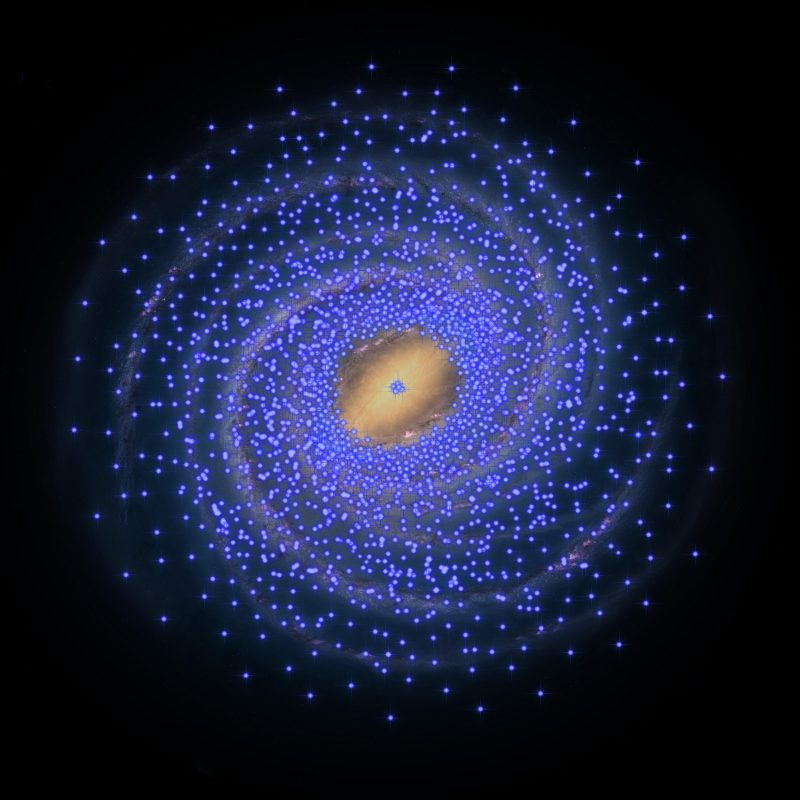 Blue stars here represent Cepheid variables, used in these astronomers’ study, plotted on a background drawing of the Milky Way. The orange clump in the center represents the central 8,000 light-years of our galaxy, which appears to have very few Cepheids and hence few young stars. Image via University of Tokyo.

… a major revision in our understanding of our Milky Way.

Japanese astronomer Noriyuki Matsunaga of the University of Tokyo led the research team. The astronomers used a particular type of variable star – called Cepheid variables, named for the famous star Delta Cephei – to conduct their study. Cepheids have more typically been used to measure the distances of objects in the distant universe; the new work shows how they can also reveal the structure of our own Milky Way, these astronomers said. The work is published in a paper in the Monthly Notices of the Royal Astronomical Society.

The Milky Way is a spiral galaxy containing many billions of stars, with our sun about 26,000 light-years from its center. Measuring the distribution of these stars is crucial to our understanding of how our galaxy formed and evolved.

Pulsating stars called Cepheids are ideal for this. They are much younger (between 10 and 300 million years old) than our sun (4.6 billion years old) and they pulsate in brightness in a regular cycle. The length of this cycle is related to the luminosity of the Cepheid, so if astronomers monitor them they can establish how bright the star really is, compare it with what we see from Earth, and work out its distance.

Despite this, finding Cepheids in the inner Milky Way is difficult, as the galaxy is full of interstellar dust which blocks out light and hides many stars from view. Matsunaga’s team compensated for this, with an analysis of near-infrared observations made with a Japanese-South African telescope located at Sutherland, South Africa.

To their surprise they found hardly any Cepheids in a huge region stretching for thousands of light-years from the core of the galaxy.

This lack of Cepheids suggests that a large part of our galaxy, called the extreme inner disk, has no young stars. 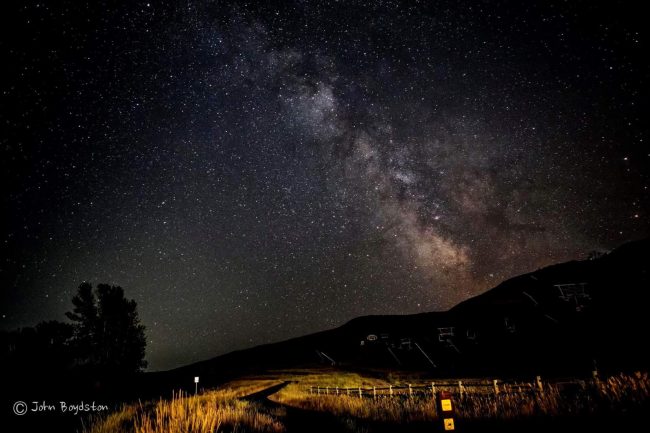 Milky Way over Sun Valley, Idaho on the night of July 31, 2016 via our friend John Boydston. The brightest region in the starlit trail in this image is in the direction toward the center of the galaxy. Thanks, John!

We already found some time ago that there are Cepheids in the central heart of our Milky Way (in a region about 150 light-years in radius). Now we find that outside this there is a huge Cepheid desert extending out to 8,000 light-years from the center.

Our conclusions are contrary to other recent work, but in line with the work of radio astronomers who see no new stars being born in this desert.

The current results indicate that there has been no significant star formation in this large region over hundreds of millions years. 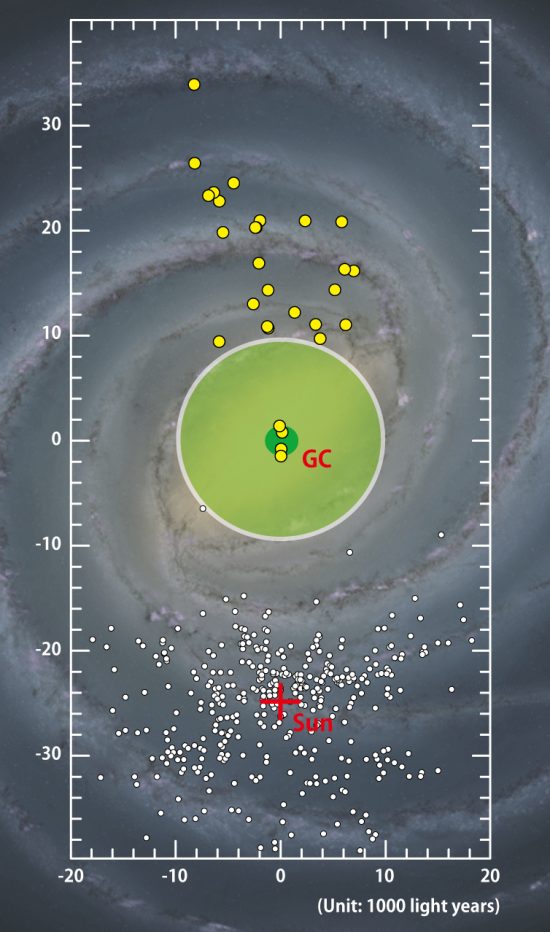 An artist’s illustration of our home galaxy, the Milky Way, with the locations of the newly discovered Cepheid stars marked by the yellow points. The previously known objects, located around the sun (marked by a red cross), are indicated by small white dots. The central green circle around the core of the galaxy marks the location of the ‘Cepheid desert.’ Image via University of Tokyo.

Bottom line: Astronomers confirm the idea that the central part of our Milky Way galaxy – extending out to about 8,000 light-year – is a sort of “desert” with respect to Cepheid variable stars and hence to young stars generally.

Via the Royal Astronomical Society in the UK