Delta Cephei doubles in brightness on a precise schedule, every 5.36 days. Its brightness changes are tied to its absolute brightness. Learn how this star helped establish the known distance scale of our galaxy and universe. 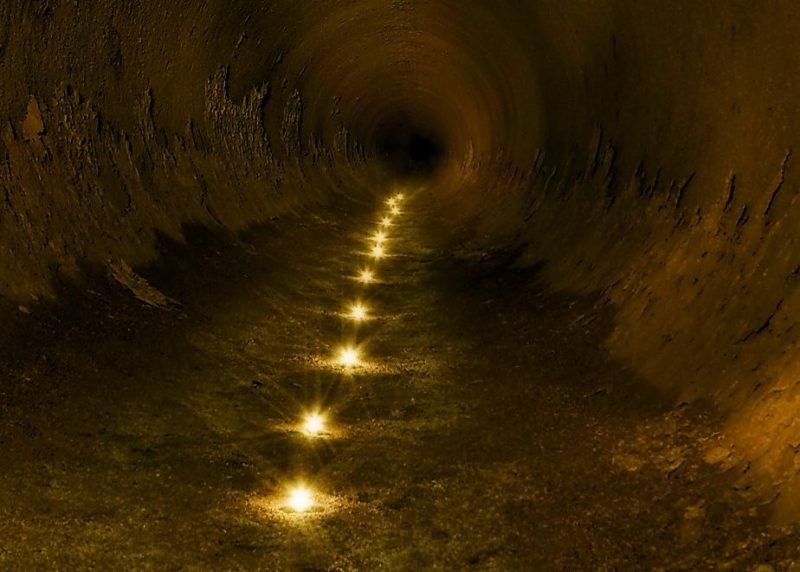 Like lights in a dark tunnel, stars in the distant universe become fainter as they are farther away. Because they pulsate at a rate correlated to their own intrinsic brightnesses, Cepheid variable stars reveal their own true distances. Image via The Last Word on Nothing

At the southeast corner of the house-shaped constellation Cepheus the King, there’s an intriguing variable star called Delta Cephei. With clocklike precison, this rather faint star doubles in brightness, fades to a minimum and then doubles in brightness every 5.36 days. You can see it change over a period of days. The entire cycle is visible to the eye alone in a dark-enough sky. This star and others like it have secured a place as important standard candles for establishing the scale of the galaxy and universe.

Delta Cephei itself looms large in the history of astronomy. An entire class of supergiant stars – called Cepheid variables – is named in this star’s honor.

Like Delta Cephei, Cepheid variable stars dependably change their brightnesses over regular intervals. The time period can range from about one to 100 days, depending on the star’s luminosity or intrinsic brightness. Astronomers have learned that – the longer the cycle – the greater the intrinsic brightness of the star. This knowledge is a powerful tool in astronomy for probing distances across vast space. 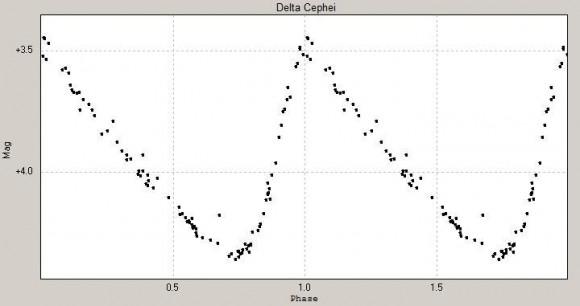 This graph – measuring brightness variations over time – is what astronomers call a light curve. It’s the light curve of Delta Cephei, which, as dependably as a fine clock, doubles in brightness and then fades again every 5.366341 days.

How do Cepheid variable stars help measure cosmic distances? Because Delta Cephei and other stars in its class vary so dependably – and because the cycle of their brightness change is tied so strongly to their intrinsic brightnesses – these stars can be used to measure distances across space. Astronomers call objects that can be used in this way standard candles.

Why are these stars varying in brightness, by the way? The variations are thought to be actual pulsations as the star itself expands and then contracts. 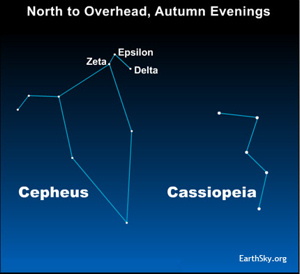 How can I spot Delta Cephei in the night sky? This star is circumpolar – always above the horizon – in the northern half of the United States.

Even so, this star is much easier to see when it’s high in the northern sky on autumn and winter evenings. You can find Cepheus by way of the Big Dipper. First, use the Big Dipper “pointer stars” to locate Polaris, the North Star. Then jump beyond Polaris by a fist-width to land on Cepheus.

You’ll see the constellation Cepheus the King close to his wife, Cassiopeia the Queen, her signature W or M-shaped figure of stars making her the flashier of the two constellations. They’re high in your northern sky on November and December evenings. 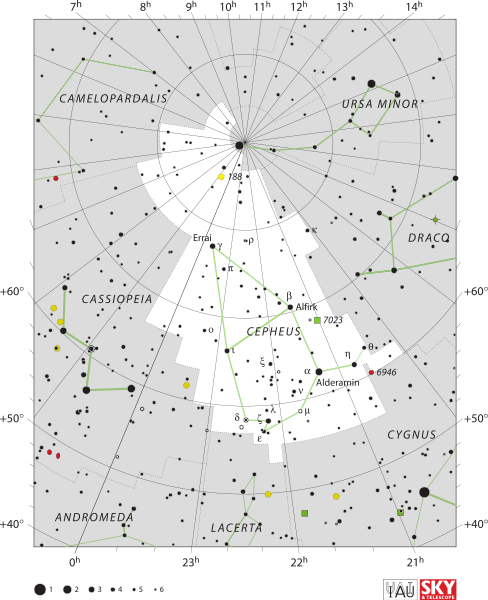