Where are the other most promising locations for extraterrestrial life in our solar system? 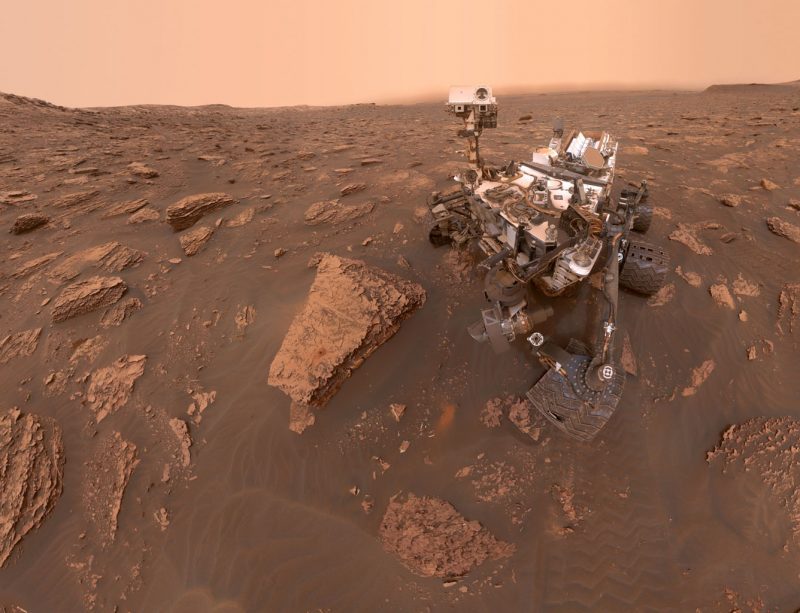 By Gareth Dorrian, University of Birmingham

The Earth’s biosphere contains all the known ingredients necessary for life as we know it. Broadly speaking these are: liquid water, at least one source of energy, and an inventory of biologically useful elements and molecules.

But the recent discovery of possibly biogenic phosphine in the clouds of Venus reminds us that at least some of these ingredients exist elsewhere in the solar system too. So where are the other most promising locations for extraterrestrial life?

Mars is one of the most Earth-like worlds in the solar system. It has a 24.5-hour day, polar ice caps that expand and contract with the seasons, and a large array of surface features that were sculpted by water during the planet’s history. 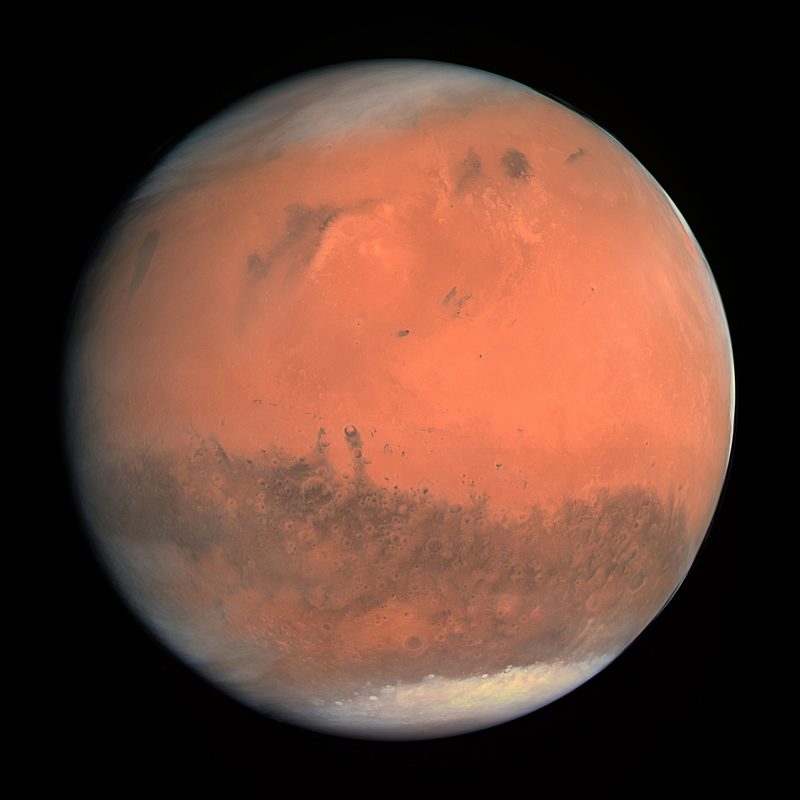 The detection of a lake beneath the southern polar ice cap and methane in the Martian atmosphere (which varies with the seasons and even the time of day) make Mars a very interesting candidate for life. Methane is significant as it can be produced by biological processes. But the actual source for the methane on Mars is not yet known.

It is possible that life may have gained a foothold, given the evidence that the planet once had a much more benign environment. Today, Mars has a very thin, dry atmosphere comprised almost entirely of carbon dioxide. This offers scant protection from solar and cosmic radiation. If Mars has managed to retain some reserves of water beneath its surface, it is not impossible that life may still exist.

Europa was discovered by Galileo Galilei in 1610, along with Jupiter’s three other larger moons. It is slightly smaller than Earth’s moon and orbits the gas giant at a distance of some 670,000 km (420,000 miles) once every 3.5 days. Europa is constantly squeezed and stretched by the competing gravitational fields of Jupiter and the other Galilean moons, a process known as tidal flexing.

The moon is believed to be a geologically active world, like the Earth, because the strong tidal flexing heats its rocky, metallic interior and keeps it partially molten. 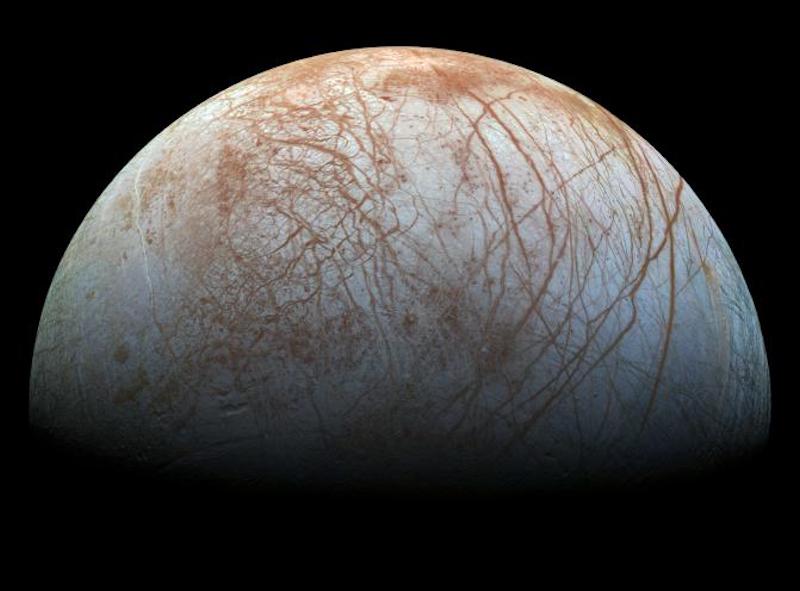 The surface of Europa is a vast expanse of water ice. Many scientists think that beneath the frozen surface is a layer of liquid water – a global ocean – which is prevented from freezing by the heat from flexing and which maybe over 60 miles (100 km) deep.

Evidence for this ocean includes geysers erupting through cracks in the surface ice, a weak magnetic field and chaotic terrain on the surface, which could have been deformed by ocean currents swirling beneath. This icy shield insulates the subsurface ocean from the extreme cold and vacuum of space, as well as Jupiter’s ferocious radiation belts.

At the bottom of this ocean world it is conceivable that we might find hydrothermal vents and ocean floor volcanoes. On Earth, such features often support very rich and diverse ecosystems.

Like Europa, Enceladus is an ice-covered moon with a subsurface ocean of liquid water. Enceladus orbits Saturn and first came to the attention of scientists as a potentially habitable world following the surprise discovery of enormous geysers near the moon’s south pole.

These jets of water escape from large cracks on the surface and, given Enceladus’ weak gravitational field, spray out into space. They are clear evidence of an underground store of liquid water.

Not only was water detected in these geysers but also an array of organic molecules and, crucially, tiny grains of rocky silicate particles that can only be present if the sub-surface ocean water was in physical contact with the rocky ocean floor at a temperature of at least 90 degrees C (194 F). This is very strong evidence for the existence of hydrothermal vents on the ocean floor, providing the chemistry needed for life and localized sources of energy.

Titan is the largest moon of Saturn and the only moon in the solar system with a substantial atmosphere. It contains a thick orange haze of complex organic molecules and a methane weather system in place of water, complete with seasonal rains, dry periods and surface sand dunes created by wind. 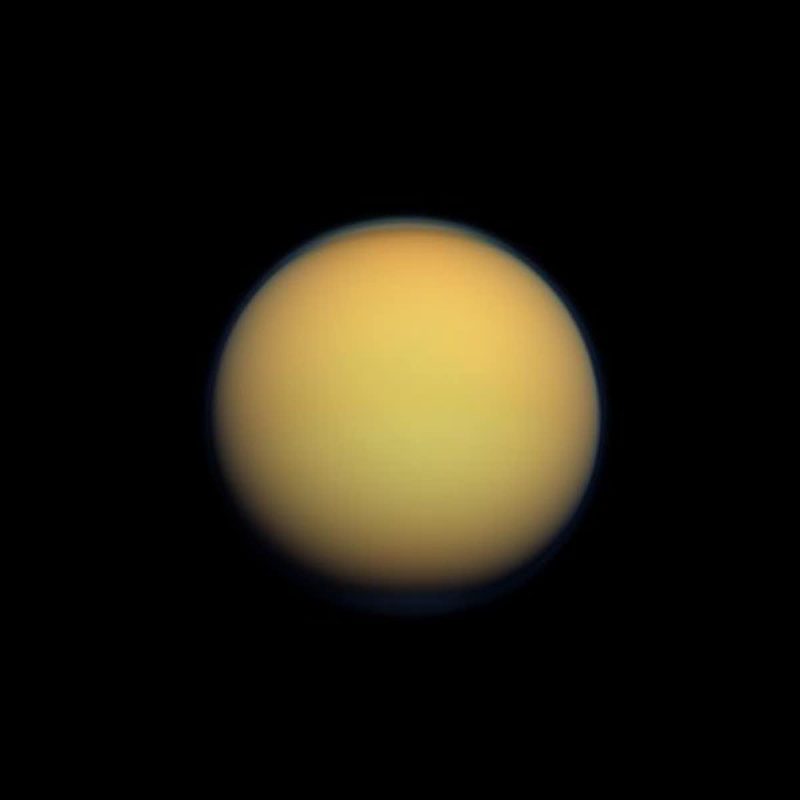 The atmosphere consists mostly of nitrogen, an important chemical element used in the construction of proteins in all known forms of life. Radar observations have detected the presence of rivers and lakes of liquid methane and ethane and possibly the presence of cryovolcanoes, volcano-like features that erupt liquid water rather than lava. This suggests that Titan, like Europa and Enceladus, has a subsurface reserve of liquid water.

At such an enormous distance from the sun, the surface temperatures on Titan are a frigid -292 degrees F (-180 degrees C), way too cold for liquid water. However, the bountiful chemicals available on Titan have raised speculation that lifeforms – potentially with fundamentally different chemistry from terrestrial organisms – could exist there.

Bottom line: Most promising locations for extraterrestrial life in our solar system.