Astronomers have discovered the first known “Trojan” asteroid orbiting the sun along with Earth. 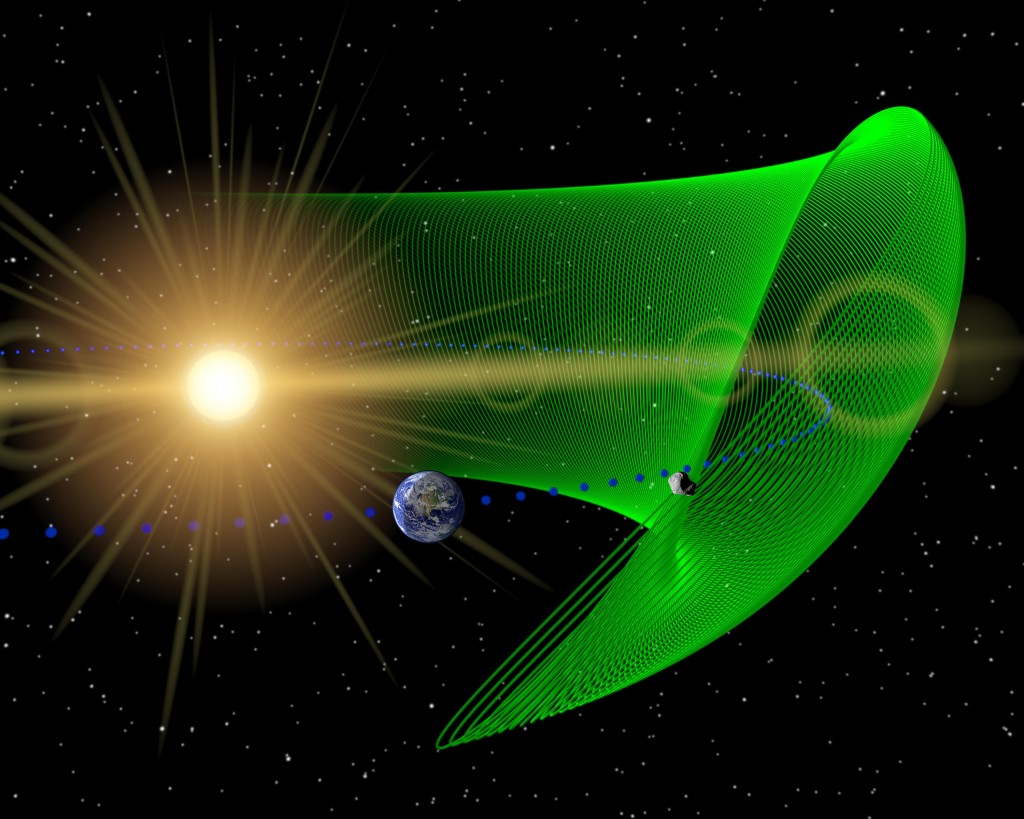 Trojans are asteroids that share an orbit with a planet near stable points in front of or behind the planet. Because they constantly lead or follow in the same orbit as the planet, they never can collide with it. In our solar system, Trojans also share orbits with Neptune, Mars and Jupiter. Two of Saturn’s moons share orbits with Trojans.

Scientists had predicted Earth should have Trojans, but they have been difficult to find because they are relatively small and appear near the sun from Earth’s point of view.

These asteroids dwell mostly in the daylight, making them very hard to see. But we finally found one, because the object has an unusual orbit that takes it farther away from the sun than what is typical for Trojans. WISE was a game-changer, giving us a point of view difficult to have at Earth’s surface.

The WISE telescope scanned the entire sky in infrared light from January 2010 to February 2011. Connors and his team began their search for an Earth Trojan using data from NEOWISE, an addition to the WISE mission that focused in part on near-Earth objects, or NEOs, such as asteroids and comets. NEOs are bodies that pass within 28 million miles (45 million kilometers) of Earth’s path around the sun. The NEOWISE project observed more than 155,000 asteroids in the main belt between Mars and Jupiter, and more than 500 NEOs, discovering 132 that were previously unknown. 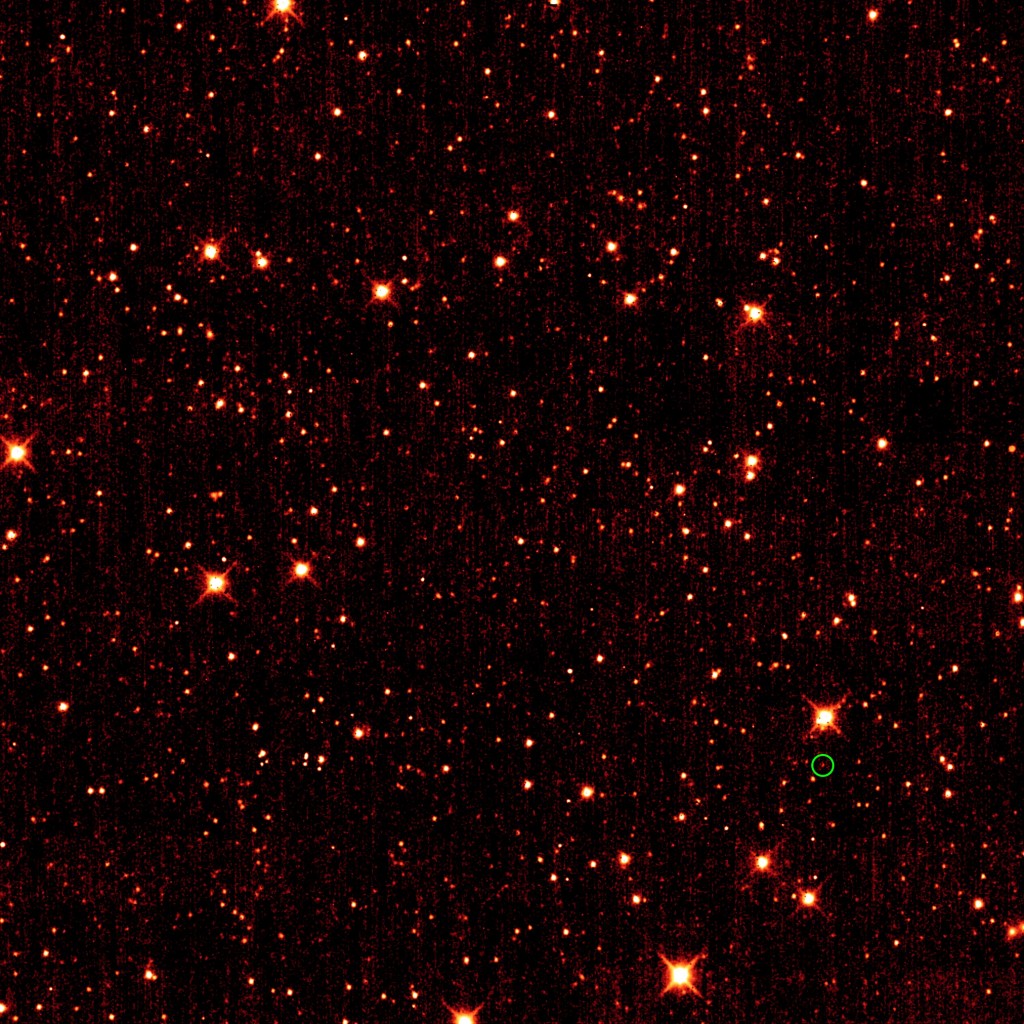 The Wide-field infrared Survey Explorer took this image of asteroid 2010 TK7, circled in green. The majority of the other dots are stars or galaxies far beyond our solar system. Image Credit: NASA/JPL-Caltech/UCLA

The team’s hunt resulted in two Trojan candidates. The one now named 2010 TK7 was confirmed as an Earth Trojan after follow-up observations with the Canada-France-Hawaii Telescope on Mauna Kea in Hawaii.

The asteroid is roughly 1,000 feet (300 meters) in diameter. It has an unusual orbit that traces a complex motion near a stable point in the plane of Earth’s orbit, although the asteroid also moves above and below the plane. The object is about 50 million miles (80 million kilometers) from Earth. The asteroid’s orbit is well-defined, and — for at least the next 100 years — it will not come closer to Earth than 15 million miles (24 million kilometers).

It’s as though Earth is playing follow the leader. Earth always is chasing this asteroid around.

A handful of other asteroids also have orbits similar to Earth. Such objects could make excellent candidates for future robotic or human exploration. Asteroid 2010 TK7 is not a good target because it travels too far above and below the plane of Earth’s orbit, which would require large amounts of fuel to reach it.

Bottom line: The first known “Trojan” asteroid orbiting the sun along with Earth is the subject of a paper by Martin Connors and team in the July 27, 2011, online issue of Nature. The scientists discovered the asteroid by looking at observations taken by NASA’s Wide-field Infrared Survey Explorer (WISE) mission.

Don Yeomans with the truth about close-passing asteroid Apophis