A new survey of our galaxy by astronomers with VERA in Japan has shown that Earth is both moving faster and is closer to the supermassive black hole at the center of our galaxy than previously thought. But don’t worry, our planet is safe! 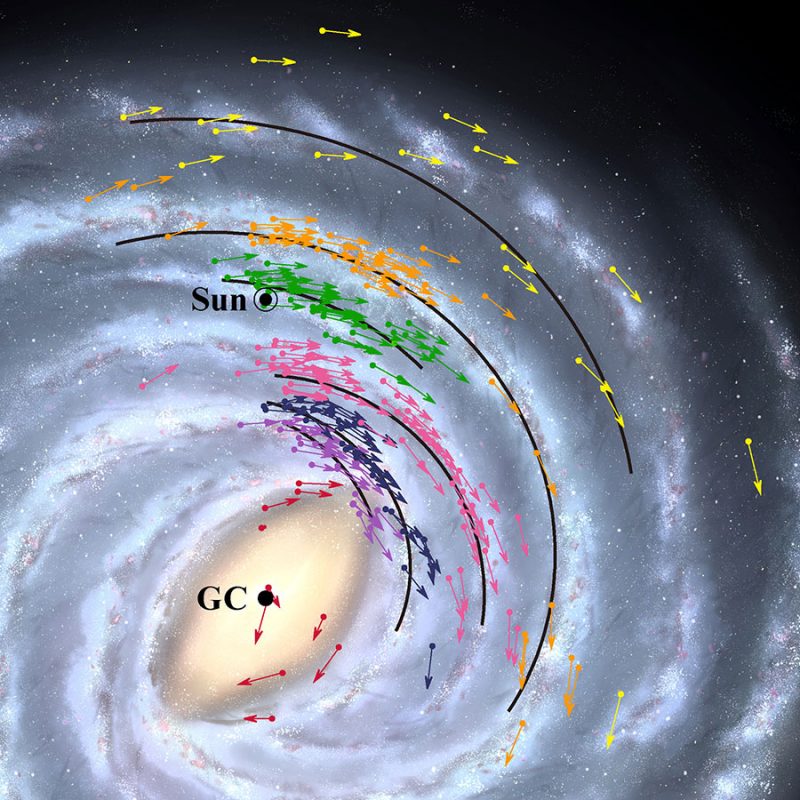 A new survey of the Milky Way from Japan suggests our Earth and solar system are both moving faster and residing closer to our Milky Way galaxy’s central, supermassive black hole than astronomers had realized. Image via NAOJ.

Is Earth heading toward our Milky Way galaxy’s central supermassive black hole? Rest assured, the answer is no. However, new observations the National Astronomical Observatory of Japan – highlighted in the first VERA Astrometry Catalog – suggest our planet is located about 2,000 light-years closer to the Milky Way’s central black hole than previously thought. And – just as in our solar system, where planets closer to the sun move faster than those further out – our Earth and sun are now seen as moving about 4 miles per second (7 km/second) faster than we knew.

The new work suggests our solar system is located 25,800 light-years from Sagittarius A* (abbreviated Sag A* and pronounced Sag A-Star), the region of our Milky Way’s central black hole. An earlier value of 27,700 light-years was adopted by the International Astronomical Union (IAU) in 1985.

These new estimates are the result of an improved model of the Milky Way, based on recent observations.

The peer-reviewed paper containing these and other results was published in the August 2020 issue of Publications of the Astronomical Society of Japan. 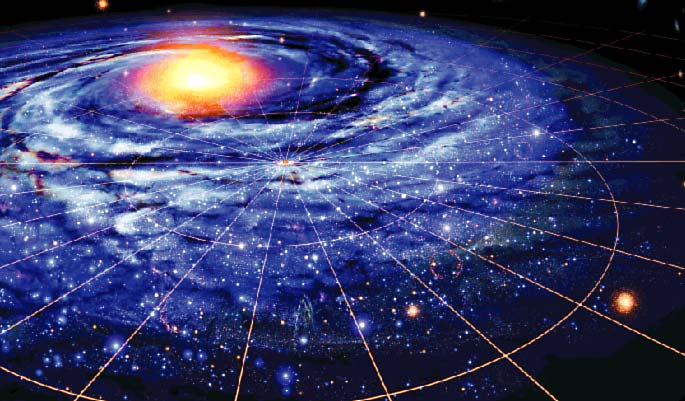 Schematic representation of our galaxy as it is being mapped by VERA. Image via VERA.

These are the first results from the new astrometry catalog from the Japanese VLBI (Very Long Baseline Interferometer) project VERA (VLBI Exploration of Radio Astrometry). Astrometry is about measuring the exact positions and, over time, movements of space objects. It’s a technique that, in this case, has allowed us to get our bearings, so to speak, with respect to Milky Way stars moving around us. From the paper:

We have compiled all the astrometry results from VERA, providing accurate trigonometric-annual-parallax and proper-motion measurements. In total, 99 maser sources are listed in the VERA catalog. Among them, 21 maser sources are newly reported, while the rest of the 78 sources are referred to in previously published results or those in preparation for forthcoming papers.

In other words, the VERA project is used to map three-dimensional velocity and spatial structures in the Milky Way and uses a technique called interferometry to combine data from radio telescopes scattered across the Japanese archipelago.

The result is an amazing new degree of precision, these scientists said, with the same resolving power (clarity) as a 1,429-mile (2,300 km) diameter telescope.

With that kind of resolution, you could theoretically see a penny on the surface of the moon. 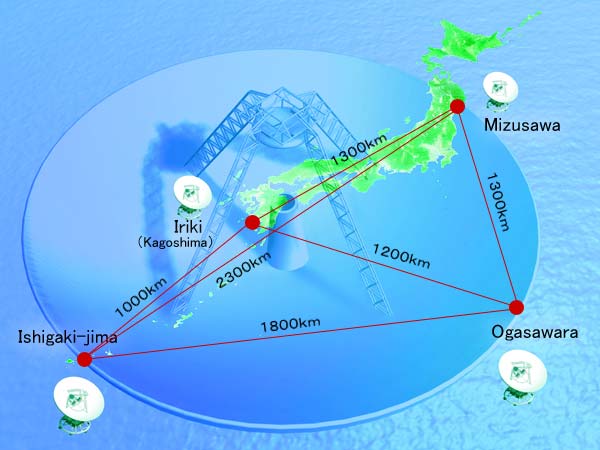 The VERA array consists of 4 stations in Mizusawa, Iriki, Ogasawara and Ishigaki-jima in Japan. Image via VERA.

The science of astrometry – the accurate measurement of the positions and motions of space objects – is used by astronomers to help map our entire galaxy and our position in it. That can be a bit tricky since, because we are embedded within the galaxy itself and not looking at it from the outside, we can’t just easily see where we are (which happens to be in one of the outer spiral arms).

So how did the astronomers come up with this revised location of our world and solar system, with respect to the center of the galaxy?

They first constructed a new position and velocity map, using data from the VERA catalog as well as other observations. This allowed them to more accurately determine the exact center of our galaxy. 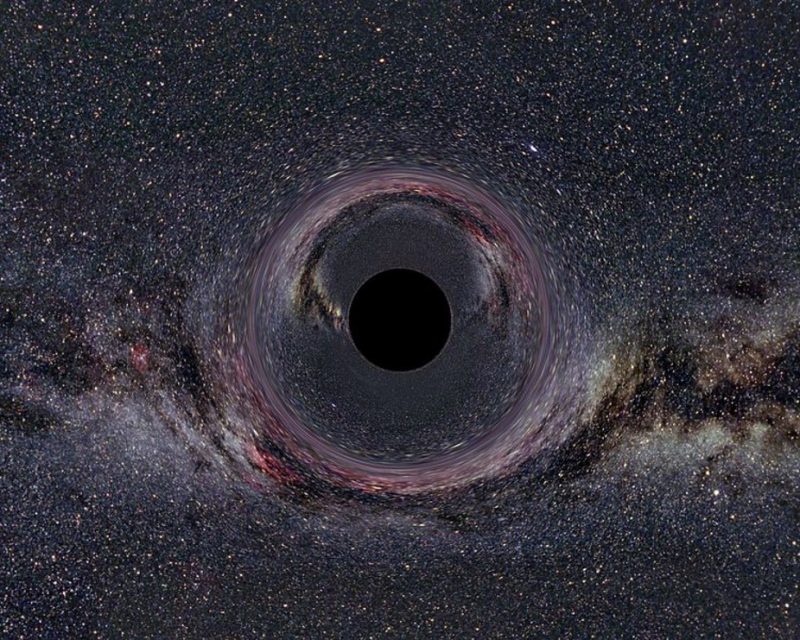 Artist’s concept of the supermassive black hole at the center of our galaxy. Earth is closer to it than thought, but there is no danger of being sucked in. Image via Ute Kraus/ Wikipedia/ CC BY-SA/ Phys.org.

But again, no worries, we are still a very long way away from the black hole at the center of our galaxy, and won’t be getting anywhere near it.

Scientists also want to use VERA to look at many more objects, including ones that are close to the black hole. This will help them to better map out the galaxy as a whole and its motion. This effort will also include the East Asian VLBI Network (EAVN), which has radio telescopes in Japan, South Korea, and China.

Earlier this year, another black hole, intermediate in mass, was also discovered near our galaxy’s center. At least a dozen others have also been found, and there may be thousands in the inner region of the Milky Way alone.

Bottom line: A new project to map the Milky Way has shown that Earth is both moving faster and is closer to the supermassive black hole at the center of our galaxy than previously thought. The new number is 25,800 light-years from Earth, in contrast to the 27,700 light-years established by the IAU in 1985. And Earth and our solar system are moving faster – around the center of the galaxy – at 227 km/second, instead of 220 km/second.

Read more: How the world came to understand black holes