Darn. No caverns on Rosetta’s comet

Low density of comets suggested there might be huge empty caves honeycombed throughout their interiors. Maybe true for some, but not so for Rosetta’s comet. 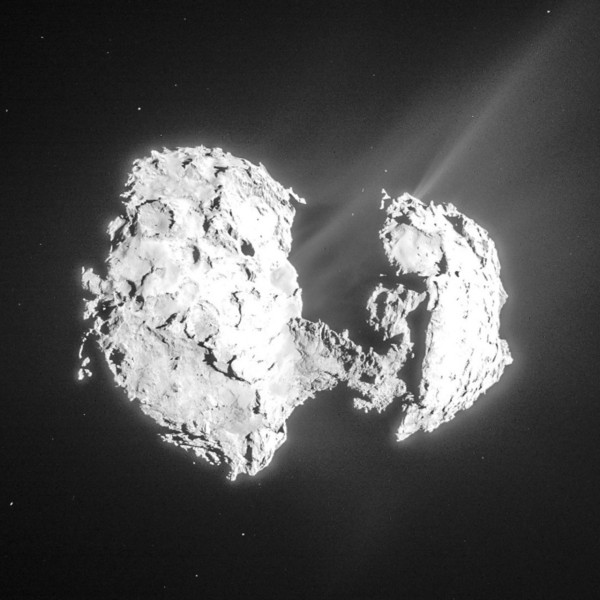 We’ve never been so intimate with any comet as we are with Comet 67P/Churyumov-Gerasimenko, the target of the European Space Agency’s Rosetta comet mission. The Rosetta spacecraft has been orbiting this comet since September, 2014, and continues to return data from it. A recent result – announced by ESA on February 4, 2016 – is that this comet does not have vast caverns below its surface, as some scientists had suggested it might.

Comets are a mixture of dust and ice. If you could hold a comet in your hand – and squash it like a snowball – it would be heavier than water (you can’t do this, of course, since comet nuclei are typically several miles wide). However, previous measurements have shown that some comets have extremely low densities, much lower than that of water ice. The low density suggests that comets must be highly porous, prompting scientists to wonder if there might be huge empty caves honey-combed throughout a comet’s interior.

Now the verdict is in on at least one comet – 67P/Churyumov-Gerasimenko – and the word is that there are no large caverns here. ESA’s Rosetta mission said this week it has:

… made measurements that clearly demonstrate this, solving a long-standing mystery.

Comets are the icy remnants left over from the formation of the planets 4.6 billion years ago. A total of eight comets have now been visited by spacecraft and, thanks to these missions, we have built up a picture of the basic properties of these cosmic time capsules. While some questions have been answered, others have been raised.

In a new study, published in this week’s issue of the journal Nature, a team led by Martin Pätzold, from Rheinische Institut für Umweltforschung an der Universität zu Köln, Germany, have shown that Comet 67P/Churyumov-Gerasimenko is also a low-density object, but they have also been able to rule out a cavernous interior.

This result is consistent with earlier results from Rosetta’s CONSERT radar experiment showing that the double-lobed comet’s ‘head’ is fairly homogenous on spatial scales of a few tens of meters.

Read more about this study from ESA 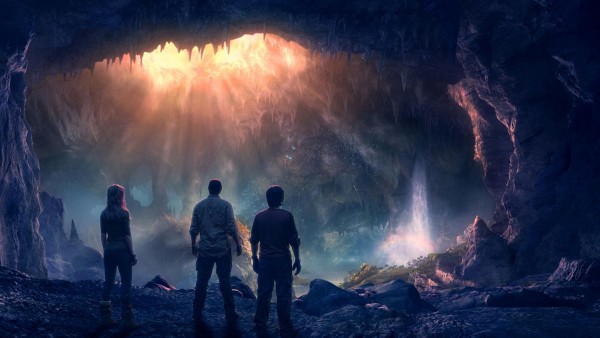 The idea of caves inside comets has been used in science fiction. Image via The Salish Parade of Life by Chris Paul.

Bottom line: Comet 67P/Churyumov-Gerasimenko has a low density suggesting a porous interior, but the porosity does not take the form of caves inside the comet, said ESA’s Rosetta mission in early February, 2016.