NASA has a whole slate of cool-looking activities in celebration of the 25th anniversary of the Hubble Space Telescope, starting on Monday, April 20! 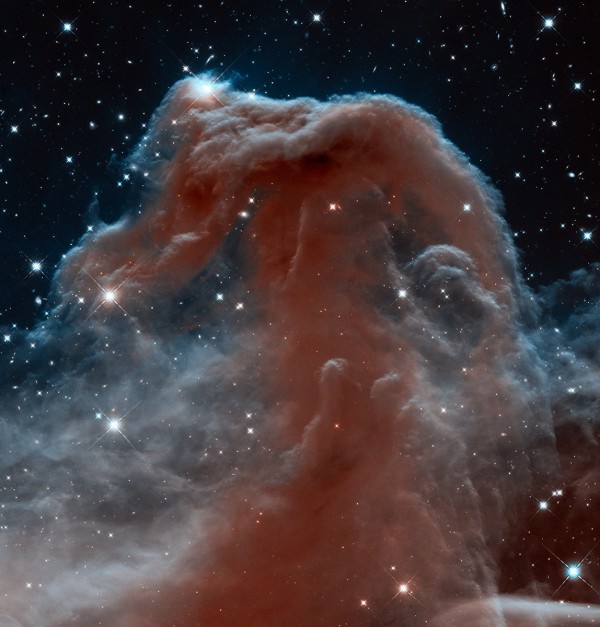 The Horsehead Nebula, photographed in 2013 in celebration of the 23rd anniversary of the launch of Hubble aboard the space shuttle Discovery. Read more about this image. Image Credit: NASA and The Hubble Heritage Team (STScI/AURA)

On April 24, 1990, the space shuttle Discovery lifted off from Earth with the Hubble Space Telescope (HST) aboard. The following day:

… Hubble was released into space, ready to peer into the vast unknown. Since then, Hubble has reinvigorated and reshaped our perception of the cosmos and uncovered a universe where almost anything seems possible within the laws of physics.

The quote above is from a NASA website where the agency explains its plans to celebrate Hubble’s 25th anniversary. The celebration begins on April 20, 2015 and runs through April 26. There are a lot of activities, some of which you can view here. If nothing else, don’t miss this awesome Flickr page, where NASA has selected one wonderful HST image for each year the telescope has been in orbit. The images on this page are from there. Activities also include:

– Starting at midnight EDT on Monday, April 20, and running through Sunday, April 26, images taken by the Hubble Space Telescope will be broadcast several times each hour on the Toshiba Vision dual LED screens in Times Square, New York.

– The IMAX movie Hubble 3D is playing at select theatres across the United States throughout April. Hubble images come to vast, three-dimensional life, taking audiences through the telescope’s 25-year existence and putting them in orbit with astronauts during the latest servicing mission. Click here for more information and the trailer.

– Commemorative 3-D Hubble model and logo files will be available beginning April 20. The files can be downloaded and printed using a 3-D printer and assembled into a miniature Hubble model. 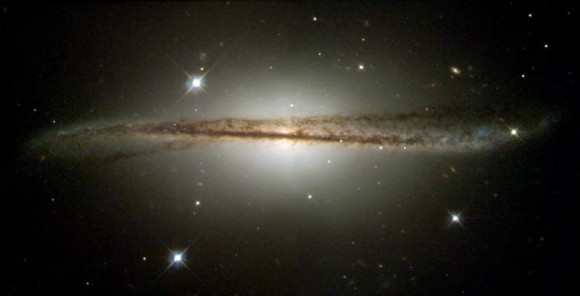 – Friday, April 24 (8 to 9 p.m.) — Smithsonian’s National Air and Space Museum, 600 Independence Ave. SW, Washington — Astronauts, scientists, engineers, technicians, educators, and staff who have contributed to Hubble’s success will be honored at a closed ceremony, followed by talks from prominent officials whose significant contribution to space science have made Hubble possible. For media interviews, contact Dwayne Brown at 202-358-1726, or dwayne.c.brown@nasa.gov. 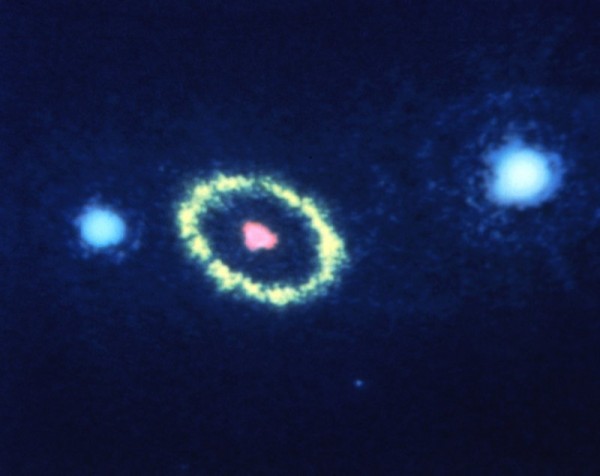 A mysterious elliptical ring of material around the remnants of Supernova 1987A, captured by Hubble Space Telescope in 1990. Read more about this image. Image Credit: NASA and The Hubble Heritage Team (STScI/AURA)

Bottom line: The Hubble Space Telescope is celebrating its 25th anniversary in orbit around Earth April 20-26, 2015. Information and links on how to join in.