Another asteroid disintegrates over Russia

A bright meteor was caught in many dashcam videos – in broad daylight – on April 6, 2019, over the Russian city of Krasnoyarsk. See a video compilation here.

Once again, a space rock has been seen while disintegrating over Russia, this time over the industrial city of Krasnoyarsk, in the south-central region of that country. The video above, from the American Meteor Society (AMS), is a compilation of many dashcam videos captures of the meteor as it sped across the sky in broad daylight over Krasnoyarsk on April 6, 2019. Although the incoming asteroid that produced the meteor is estimated to have been small – about 3.2 to 6.5 feet wide (1 to 2 meters wide) according to calculations – video captures and reports from the International Meteor Organization (IMO) indicate it was very bright.

The Siberian Times reported on April 7 that the meteor was:

Bright and noisy with a long, sparkling green and yellow tail. It was filmed by multiple observers in Krasnoyarsk region … Some residents said the meteor was blindingly bright, akin to the light and sparks created during intense welding work. It split into several parts before disappearing in the sky somewhere over Irkutsk region, east of Krasnoyarsk.

This is the third bright meteor detected in or near Russia in the last few months. According to the IMO:

Just recently, an asteroid hit the Earth over the Bering Sea (December 18, 2018) and another fireball was visible over the Krasnoyarsk region on March 15, 2019.

Why so many meteors over Russia? About 70 percent of our planet is covered by water, which means a space rock entering Earth’s atmosphere has a 70 percent probability of disintegrating over an ocean. And indeed most of these events do occur over oceans or unpopulated areas, and thus go unnoticed. When an asteroid’s disintegration occurs over land, it can happen anywhere, but there is more probability over Russia given that it has Earth’s most extensive territory. At more than 6.6 million square miles (17 million square km), Russia is by far the largest country in the world.

To date, there are no reports that fragments of the April 6, 2019, meteor have been found. However, if any did land, they came down close to the site of the Tunguska Event in 1908 when a meteor exploded in the atmosphere wiping out 80 million trees, with the estimated force of 185 Hiroshima bombs. 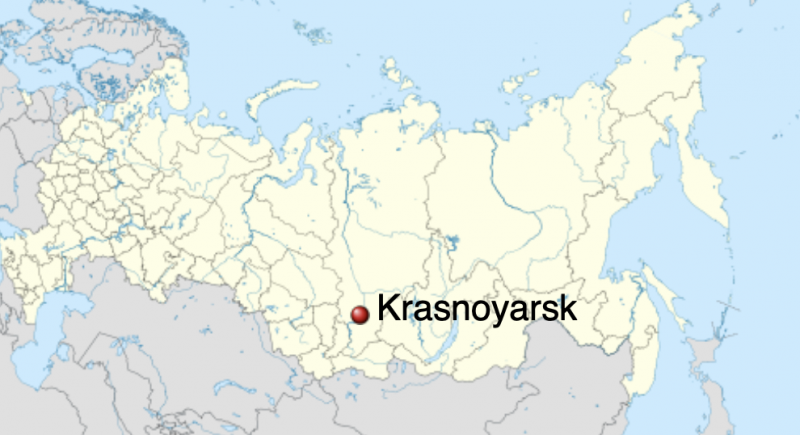 The April 6, 2019, meteor was seen over Krasnoyarsk, 3rd-largest city in Siberia with a population of over 1 million as of the 2010 census. Map via Wikipedia. 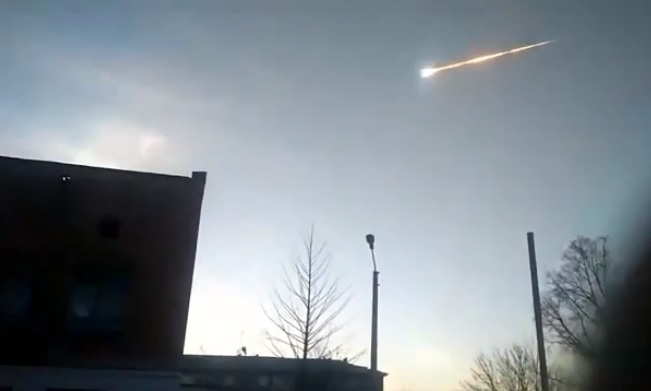 The bright meteor was seen in broad daylight on April 6, 2019. Image is a video still, via the International Meteor Organization.

Bottom line: On April 6, 2019, a bright daylight meteor was seen over Krasnoyarsk in Siberia.