Bridenstine to step down as NASA administrator

Jim Bridenstine is leaving the post of NASA chief administrator. 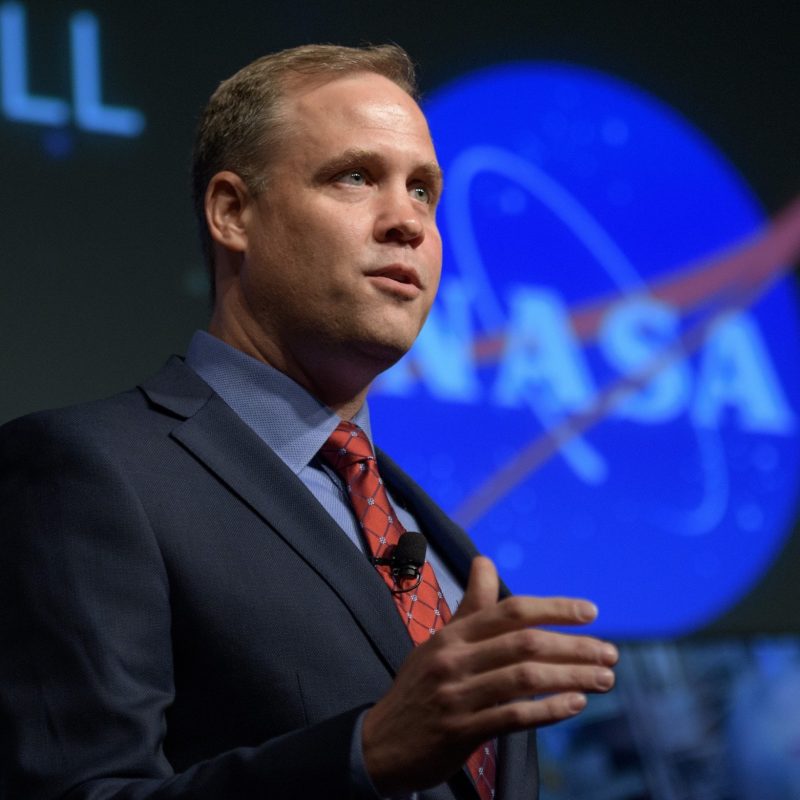 Jim Bridenstine, via his Facebook page as NASA administrator (@AdminJimBridenstine).

Current NASA chief Jim Bridenstine told Aviation Week this week (November 8, 2020) that he would pass on staying on as head of the U.S. space agency, under the new Joe Biden administration. As reported by Irene Klotz of Aviation Week, Bridenstine said he would not stay, even if asked to stay by President-elect Biden. He made these comments on November 8 – the day Biden was declared the winner of the 2020 U.S. presidential election – while at the Kennedy Space Center to greet the arriving SpaceX Crew-1 astronauts for a planned November 14 launch to the International Space Station (ISS). Bridenstine told Klotz:

The right question here is ‘What’s in the best interest of NASA as an agency, and what’s in the best interest of America’s exploration program?’ For that, what you need is somebody who has a close relationship with the president of the United States. You need somebody who is trusted by the administration … including the OMB [Office of Management and Budget], the National Space Council and the National Security Council, and I think that I would not be the right person for that in a new administration.

Bridenstine – formerly an American politician, who served in the U.S. House of Representatives for Oklahoma’s 1st congressional district from January 2013 to April 2018 – was nominated by President Trump as NASA chief administrator in September 2017. According to a story in Science that month:

… some critics are wary of naming a politician to lead an agency known for science and technology.

Bridenstine had served on the Committee on Science, Space and Technology during his time in Congress, and he had written about the commercial potential of exploiting lunar resources. As NASA chief, he was expected to be a strong supporter of the commercialization of space. However, prior to his confirmation as NASA chief, he faced stiff opposition from Democrats, in particular, for climate-contrarian comments – comments in direct opposition to the findings of scientists on the subject of global warming – made in 2013, during his first term in the House. Bridenstine had said:

Where to watch the historic SpaceX Crew-1 launch on Saturday, November 14 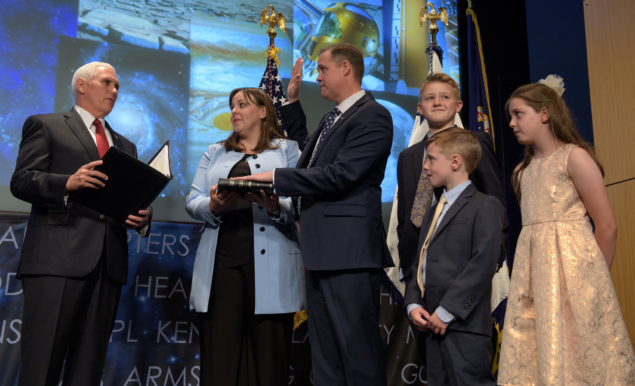 Jim Bridenstine (center) is sworn in as NASA chief in April 2018 by U.S. Vice President Mike Pence (left) as his family looks on. Image via NASA/ PhysicsWorld.

Now, as reported by Aviation Week, he expects to resign on January 20, 2021, but believes the U.S. space program is in a “good position:’

If you look at the bipartisan, apolitical support that we have from members of Congress on both sides of the aisle … there is strong support for Artemis [the agency’s post-ISS exploration initiative to expand human presence to the the moon and eventually to Mars].

There is a political agreement that America needs to do big things in space exploration, that we need to lead the world. There have been lessons learned from the past, and I think Congress is in a good position to make sure that we have sustainable programs going forward.

The thing I think is most important is to have continuity of purpose, and I think right now we have that as much as you possibly can. 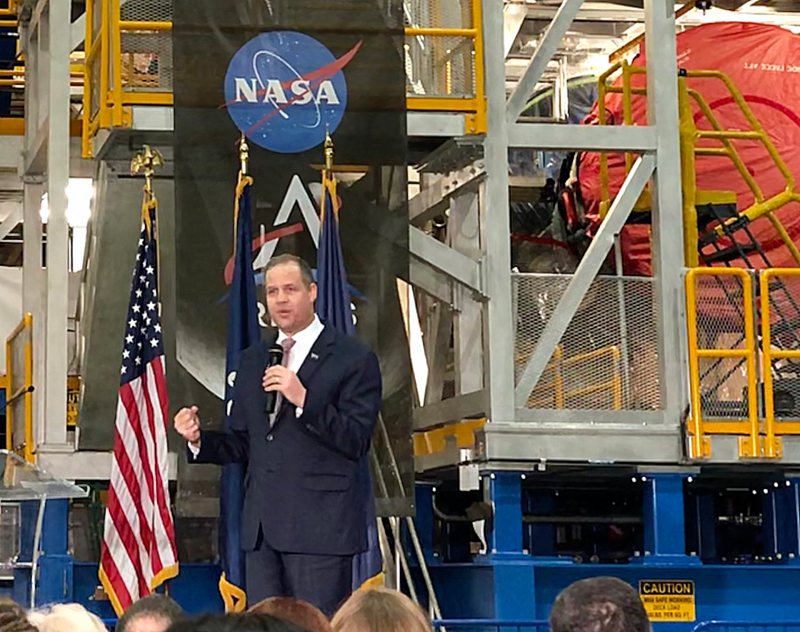 NASA chief Jim Bridenstine speaking in December 2019 at the Michoud Assembly Facility in New Orleans, Louisiana. He is standing in front of the newly completed SLS core stage for the Artemis 1 mission, the first in a series of increasingly complex missions aimed for the moon and Mars, which is expected to launch in November 2021. Image via Wikimedia Commons.

Read more from Aviation Week: NASA chief plans to step aside under Biden

Read more from The Verge: NASA administrator says he plans to leave position under Biden administration

Read more from Science in 2017: Trump has picked a politician to lead NASA. Is that a good thing?