The SpaceX Falcon 9 rocket carrying the Crew-1 spacecraft launched Sunday evening. The rocket returned to Earth for an upright landing on a drone ship in the Atlantic Ocean. The spacecraft went on to dock with the International Space Station on Monday evening, transporting 4 astronauts. 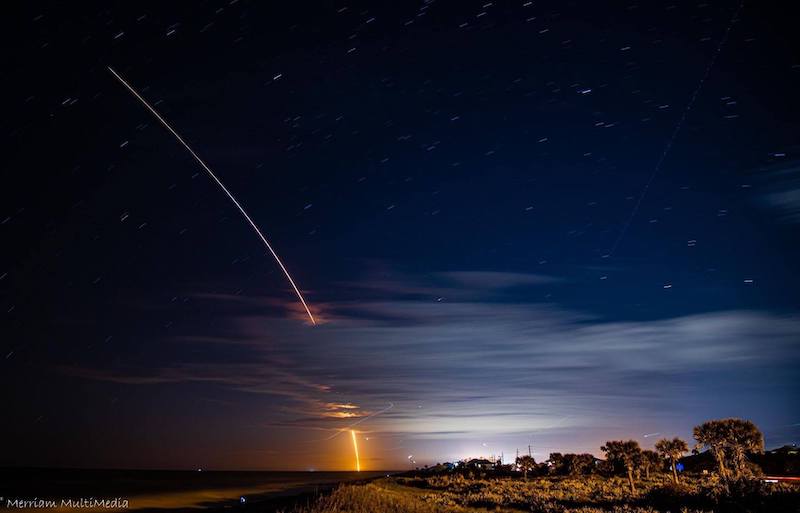 UPDATE NOV. 15: The SpaceX Falcon 9 rocket carrying Crew-1 launched successfully at 7:27 p.m. EST Sunday, November 15 (00:27 UTC Monday) from NASA’s historic Pad 39 in Florida, and then returned to Earth for an Atlantic Ocean landing on the drone ship named Just Read the Instructions. The Crew Dragon capsule carrying the astronauts will dock with the International Space Station on Monday, November 16, at 11:00 p.m. EST (04:00 UTC on November 17). Go to NASA TV for continuing coverage on the action. 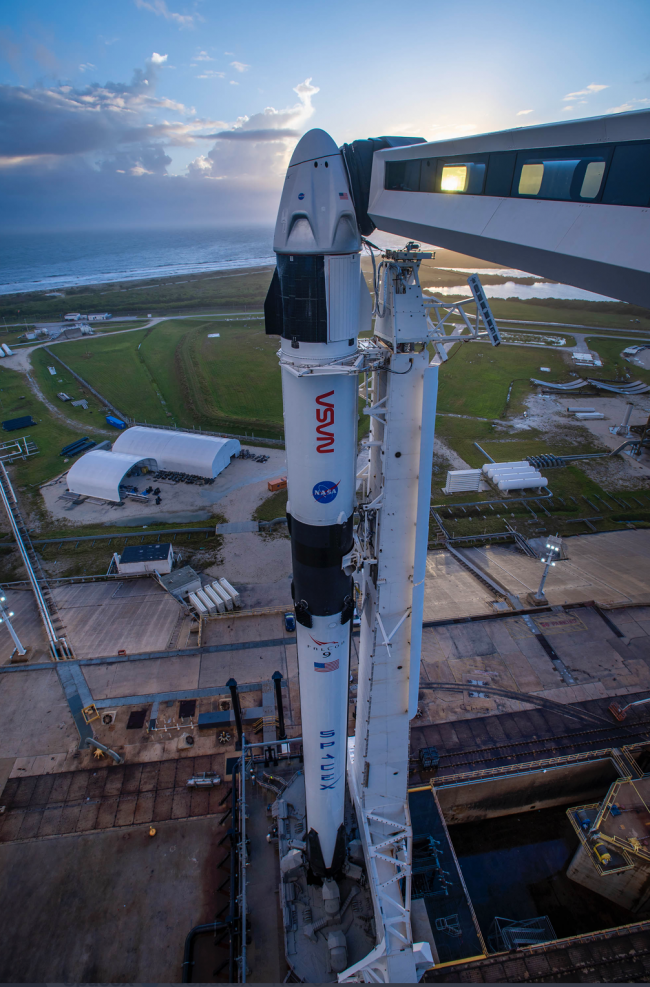 Falcon 9 rocket – with Crew Dragon spacecraft atop – poised for launch on Launch Complex 39A at Kennedy Space Center in Florida on Sunday, November 15. Image via @SpaceX/ Twitter.

Note: The Saturday, November 14, 2020, SpaceX launch has been delayed to Sunday, due to weather at the rocket booster’s landing location.

SpaceX is now targeting 7:27 p.m. EST on Sunday, November 15, 2020 (that’s 00:27 UTC on the following date), for the launch of Crew-1 via a Falcon 9 rocket from NASA’s Kennedy Space Center in Florida. Crew-1 is the first operational, contracted mission to launch as part of NASA’s Commercial Crew Program. If all goes according to plan, the Crew Dragon – which the Crew-1 astronauts nicknamed Resilience – will dock with the International Space Station on Monday. The docking is now scheduled for Monday, November 16, at 11 p.m. EST (4 UTC on November 17).

See how to livestream the November 15 launch.

Live launch coverage will begin at 20:30 UTC (3:30 p.m. EST), which you can stream anywhere via NASA TV or the SpaceX website. The launch date is subject to change, however, depending on weather and technical factors; it’s been previously delayed from October due to technical issues concerning Merlin rocket engines on the Falcon 9.

See the moon phase for every day in 2021 on EarthSky’s Lunar Calendar. Order yours before they’re gone! Makes a great gift.

The Crew-1 spaceflyers – NASA astronauts Victor Glover, Mike Hopkins and Shannon Walker and Japan’s Soichi Noguchi – will stay on board the space station for a six-month mission, and have already begun their final preparations before liftoff. Their shiny new Falcon 9 ride to orbit rolled out to Pad 39A overnight on November 10 for a planned prelaunch static fire test. That test is a part of normal launch procedures for SpaceX and ensures that the rocket is ready for flight.

Crew-1 will be the first four-person crew to fly in a Dragon, and the mission will help NASA and SpaceX fine-tune procedures to make sure that future flights run smoothly. Having four people spend more than eight hours in a small pod may easily pose logistical challenges. Passenger Hopkins said in a statement:

We’re ready for this launch, we’re ready for our six months of work that is waiting for us on board the International Space Station, and we’re ready for the return. Thank you to all the people at NASA and SpaceX and around the world that have helped us get to this point.

In May of this year, Crew Dragon completed its first crewed flight, a test mission called Demo-2 that carried NASA astronauts Bob Behnken and Doug Hurley to the ISS for a two-month stay. But Crew-1 is quite different: Behnken and Hurley’s flight to the station lasted approximately 19 hours, more than twice as long as Crew-1’s trip is scheduled to take. The Crew-1 flight should be short enough that the astronauts won’t need to sleep on the way, although that could change if the launch is delayed. 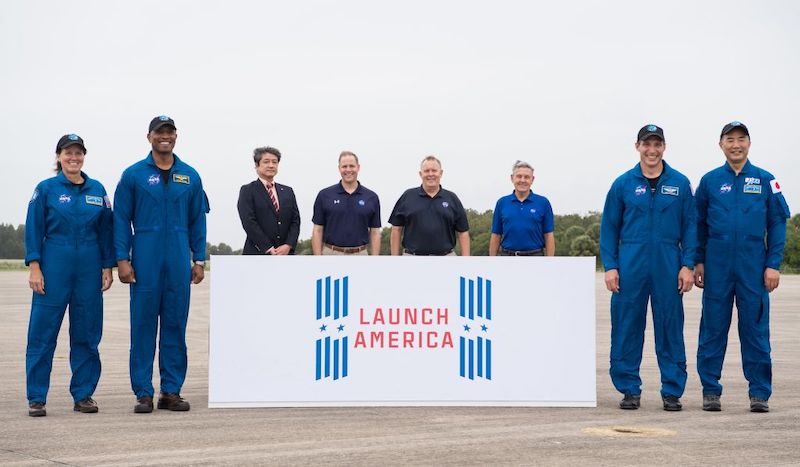 See how to livestream the November 15 launch.