Best photos of Venus and Saturn after sunset

Venus and Saturn are in the same field of view of your binoculars from September 15 to 21. Look west after sunset. Plus … check out these photos.

While all eyes were turned toward the east after sunset this week, to watch the beautiful full Harvest Moon rise over that horizon, some people remembered to turn around and watch the equally awesome sight of the brightest planet Venus near the golden planet Saturn in the west after sunset. Many thanks to EarthSky friends on Facebook and Google+ who posted photos! 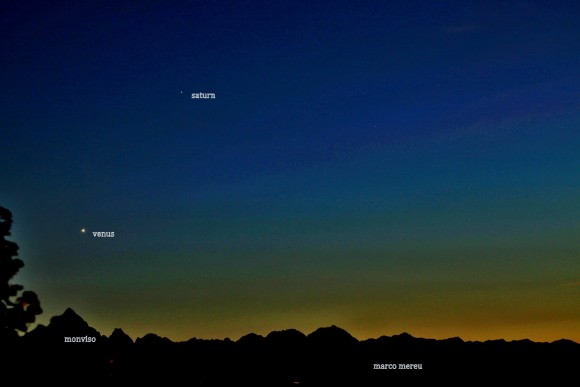 EarthSky Facebook friend Marco Mereu of Turin, Italy captured this beautiful image of Venus and Saturn on September 18, 2013. The two are poised above Monviso, aka Monte Viso, the highest mountain of the Cottian Alps. Thank you, Marco!

Venus and Saturn are presently occupying the same binocular field of view and will continue to do so through September 21. Although Saturn shines as brilliantly as the brightest stars, Venus outshines Saturn by about 80 times. 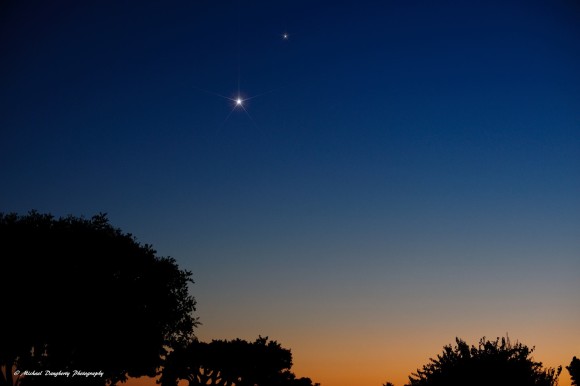 Venus and Saturn as seen by EarthSky Facebook friend Michael Daugherty on September 18. Thank you, Michael!

Be sure to catch these two worlds as they come out at dusk and nightfall. As the Earth rotates eastward on its axis, Venus and Saturn will sink westward, to set at early evening at mid-northern latitudes. At more southerly latitudes, these two planets stay out later after dark. 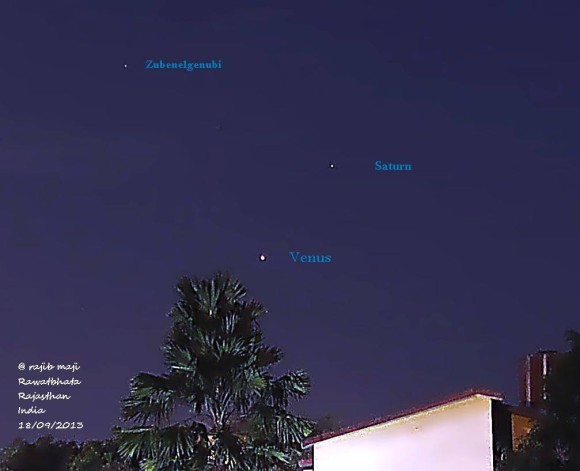 Venus, Saturn and a nearby star – Zubenelgenubi in the constellation Libra the Scales – as seen by our friend Rajib Maji of Rawatbhata, India. Thank you, Rajib!

Venus and Saturn are visible after sunset as seen from around the world. The star Zubenelgenubi is to the east of these planets as you stand gazing at them toward the western horizon. At our northerly latitudes, we may need binoculars to see Zubenelgenubi, since it’s now close to the sun’s glare. This star is one of the brightest stars in the constellation Libra the Scales. 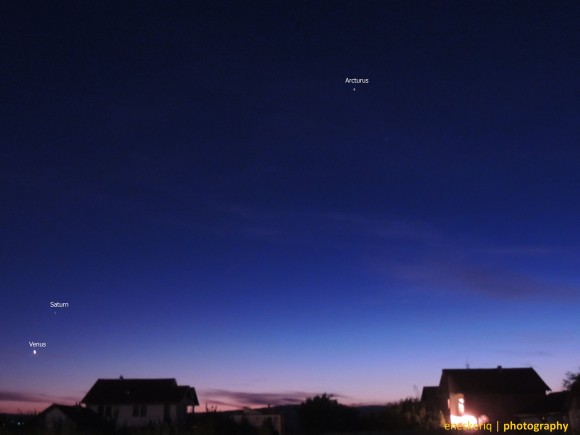 Venus, Saturn and the star Arcturus in the constellation Bootes as captured on September 18 by our friend Enes Keriqi C of the Republic of Kosova.

The orange star Arcturus is to the west of the planets. It’s easier to spot than Zubenelgenubi because it’s not so close to the glare of sunset. Arcturus is the brightest star in the constellation Bootes the Herdsman. 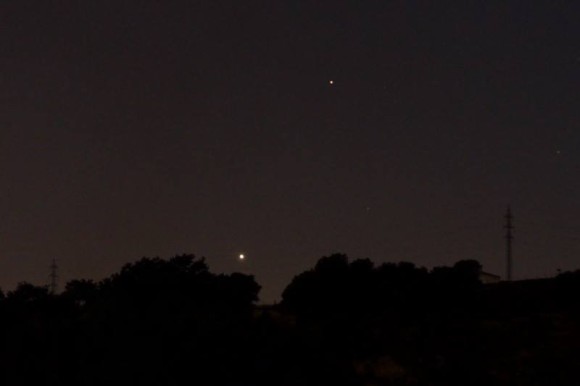 Venus and Saturn as captured by our friend Annie Lewis on September 18. Annie is in Madrid, Spain. 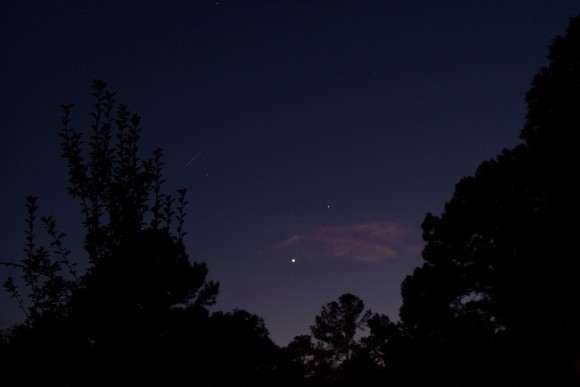 Venus and Saturn as captured on September 18 by our friend Patricia Smith Mims in North Carolina. Thank you, Patricia! 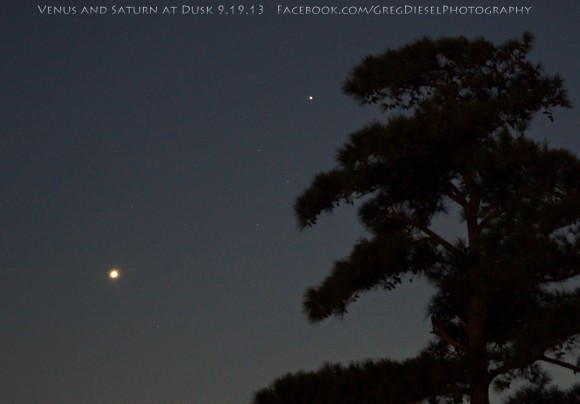 Bottom line: While most of us watched the eastern sky this week, where the Harvest Moon was rising after sunset, a few people remembered to look westward to the planets Venus and Saturn. Thank you to all who shared photos!

Everything you need to know: Harvest Moon 2013

Best photos of the Harvest Moon