How high up do meteors start glowing?

Meteors begin to glow almost as soon as they hit Earth’s atmosphere, but tend to vaporize (burn up completely) at varying altitudes. 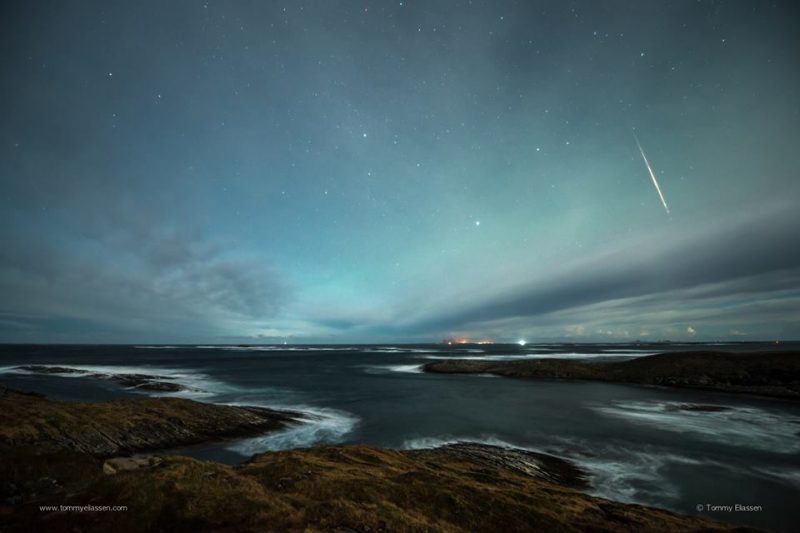 Meteors in annual showers – like the ongoing Perseid shower, still visible tonight but past its peak and declining in numbers – are caused by dust particles left behind by comets. These bits of cometary debris collide with Earth’s atmosphere and vaporizing, and the falling vaporizing particle becomes the streak across the sky we see as a meteor. At what altitude do these meteors – sometimes called shooting stars – become incandescent and begin to glow?

Meteors become incandescent – or glow – almost as soon as they hit Earth’s atmosphere. But the height at which they entirely burn up in the atmosphere varies.

The difference is that the Draconids are much slower meteors than the Perseids. That tells you the height in the atmosphere at which a meteor begins to glow depends on its arrival speed. 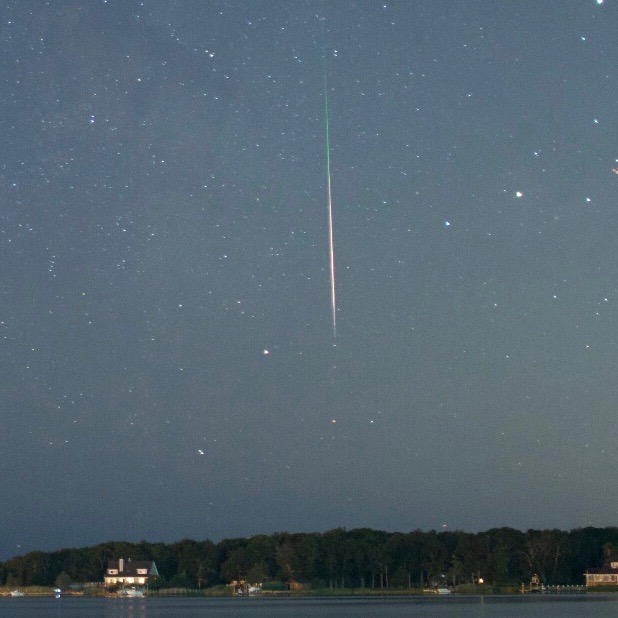 There are a dozen major meteor showers every year – and many more minor ones. Click here for EarthSky’s meteor shower guide for 2016

Here are some meteor arrival speeds:

By the way, the length of a meteor’s path across the sky doesn’t depend entirely on the meteor’s arrival speeds. It depends mostly on the angle at which the particle of dust slices through the atmosphere. If the particle arrives at a low angle, it enters the atmosphere more gradually, heats up more slowly, and cuts a longer swath across the sky than if it barrels in at a steep angle.

The size, composition, and density of the dust particle probably also affect the length of the path – but scientists still aren’t sure exactly how.

Bottom line: Meteors start glowing almost as soon as they hit Earth’s atmosphere, but tend to vaporize at varying altitudes.