Exoplanet Gliese 3470 b fits nicely in size between our solar system’s Earth and planet Neptune. Known as a “mini-Neptune,” it likely has a rocky core beneath a deep, crushing, hydrogen-helium atmosphere. The analysis of its atmosphere is a first for one of these mid-sized worlds. 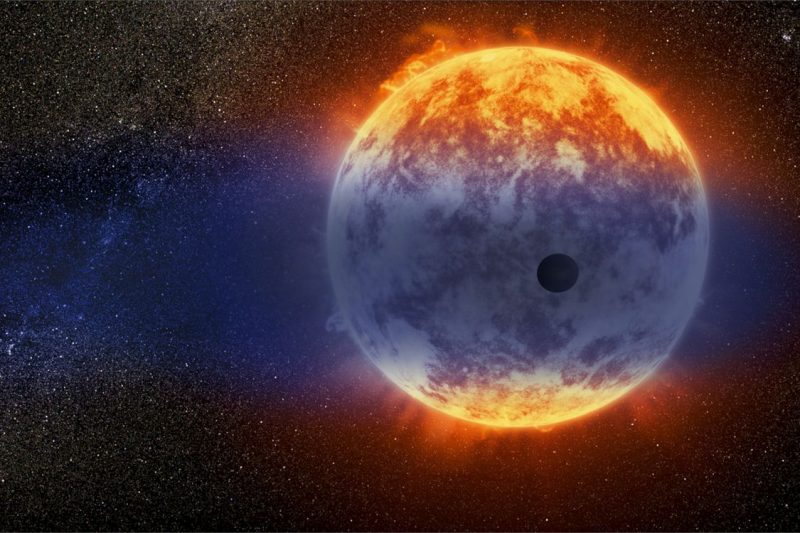 Artist’s concept of mini-Neptune exoplanet GJ 3470 b transiting, or passing in front of, its red dwarf star. In the new study, astronomers used transits and eclipses of the exoplanet to obtain spectroscopic data about the exoplanet’s atmosphere. Image via NASA/ESA/D. PLAYER/UdeMNouvelles.

Planets between the Earth and Neptune in size don’t exist in our solar system, but they seem to be common elsewhere. They are a cross between our solar system’s rocky terrestrial planets and its ice giants. Now, for the first time, astronomers have been able to analyze the atmosphere of one of these “mid-size” distant worlds, which are known, as a class, as mini-Neptunes.

The peer-reviewed findings were announced on July 2, 2019, via Hubblesite, and published in the journal Nature Astronomy on July 1, 2019.

The planet is Gliese 3470 b, a mini-Neptune orbiting a red dwarf star. It weighs a calculated 12.6 Earth masses, making it much more massive than Earth but less massive than Neptune in our solar system (17 Earth masses). If placed in our solar system, Gliese 3470 b would fit nicely between Earth and Neptune in terms of size. It’s thought that the planet has a large rocky core buried beneath a deep, crushing atmosphere of hydrogen and helium. 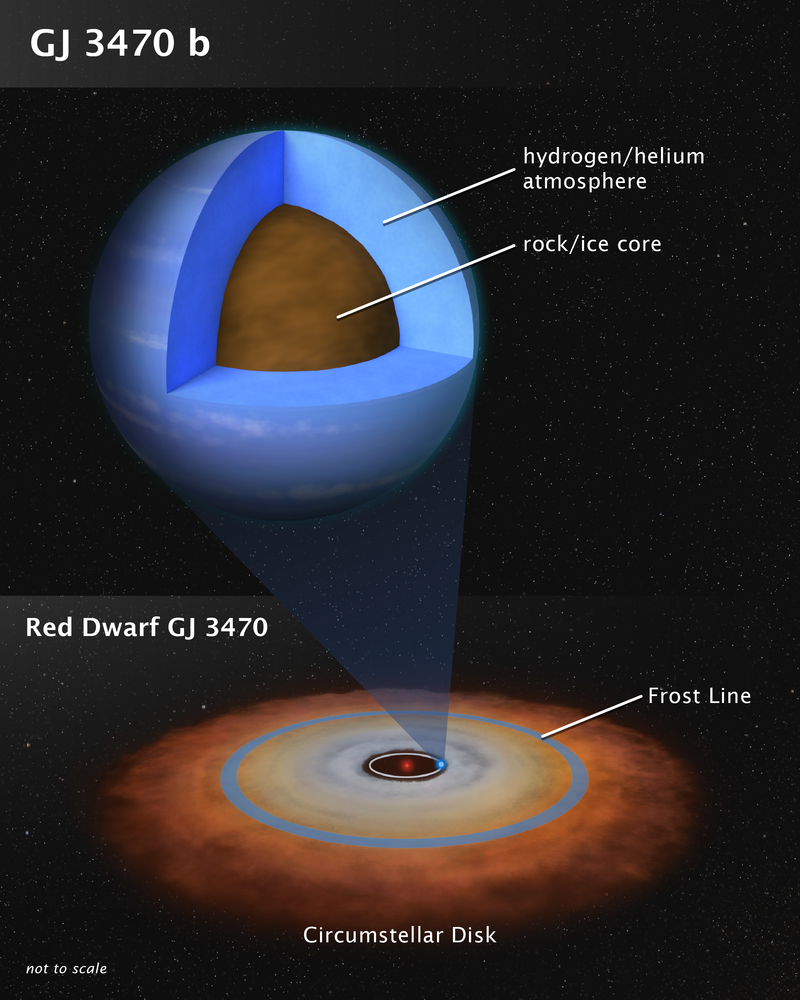 Artist’s illustration of both the atmosphere and interior of GJ 3470 b (top), as well as what the system may have looked like when the circumstellar debris disk still existed around the star (bottom). Image via NASA/ESA/L. Hustak (STScI)/Hubblesite.

Thanks to NASA’s Hubble and Spitzer space telescopes, scientists were able to study the atmosphere of Gliese 3470 b, the first time this has been done for a planet of this type. According to Björn Benneke at the University of Montreal in Canada:

This is a big discovery from the planet formation perspective. The planet orbits very close to the star and is far less massive than Jupiter – 318 times Earth’s mass – but has managed to accrete the primordial hydrogen/helium atmosphere that is largely “unpolluted” by heavier elements. We don’t have anything like this in the solar system, and that’s what makes it striking.

The researchers were able to analyze the composition of the atmosphere by measuring the absorption of starlight as the planet passed in front of the star and then passed behind the star. When the planet moves in front of the star, that is a transit, just as when our sun’s inner planets, Mercury or Venus, can be seen to transit the sun as seen from Earth. When it moves behind, that is an eclipse. These astronomers observed 12 transits and 20 eclipses in total, giving them enough data to analyze the atmosphere using spectroscopy (using light to determine the chemical fingerprints of gases in the atmosphere). As Benneke said:

For the first time we have a spectroscopic signature of such a world. 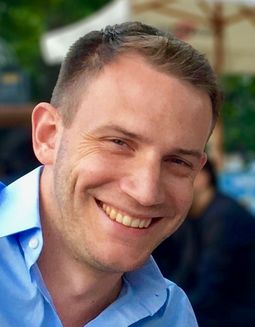 It also turned out that the atmosphere was mostly clear, with only a few hazes, making the study of its composition that much easier. This was a bit surprising, according to Benneke:

We expected an atmosphere strongly enriched in heavier elements like oxygen and carbon which are forming abundant water vapor and methane gas, similar to what we see on Neptune. Instead, we found an atmosphere that is so poor in heavy elements that its composition resembles the hydrogen/helium rich composition of the sun. If the planet had formed further from the star, where water and other astronomical ices can condense, we would have expected to see more water and methane in the atmosphere. 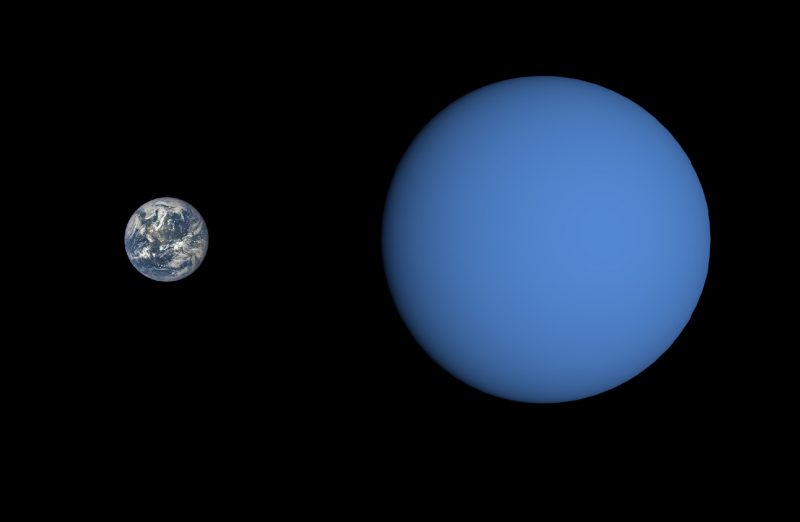 Even though there are now more data about the planet, there is still a question as to just how it should be classified, according to Bennek. Should it be called a mini-Neptune as referred to now, or rather a super-Earth (larger than Earth but smaller than a typical mini-Neptune)?

Or could this planet be similar to hot Jupiters, giant planets that are similar to Jupiter but orbit close to their stars? Unlike typical hot Jupiters, which are thought to form far out from their stars and then migrate inward, Bennett thinks that Gliese 3470 b formed just where it orbits today. He theorizes it first formed as a dry rocky planet that then rapidly accreted hydrogen from the circumstellar disk of gas and dust around the star, and that the disk dissipated before the planet could become any larger:

We’re seeing an object that was able to accrete hydrogen from the protoplanetary disk, but didn’t runaway to become a hot Jupiter. This is an intriguing regime. The planet got stuck being a sub-Neptune.

Gliese 3470 b is just one example of a mid-size planet, of course, but knowing the composition of its atmosphere helps astronomers understand how these unique worlds formed and evolved, at least in a general sense. This is important, since they appear to be one of the most common kinds of planets out there. 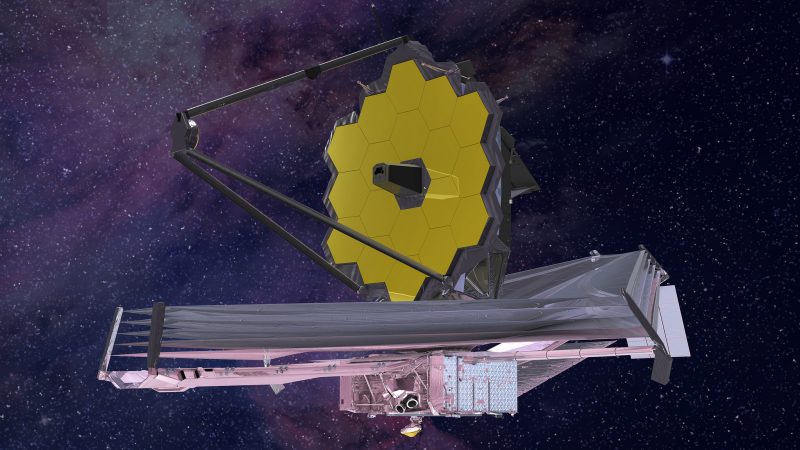 Artist’s concept of the upcoming James Webb Space Telescope. It will be able to study the atmosphere of Gliese 3470 b and other exoplanets in greater detail than ever before. Image via Northrop Grumman/Gizmodo.

In the relatively near future, the upcoming James Webb Space Telescope will also take a look at Gliese 3470 b and study its atmosphere in even greater detail by viewing it in infrared wavelength. Astronomers will observe the transits and eclipses of GJ 3470 b at light wavelengths where the atmospheric hazes become increasingly transparent.

Bottom line: For the first time, astronomers have analyzed the atmosphere of a mid-size exoplanet that is substantially larger than Earth, but smaller than Neptune.

Source: A sub-Neptune exoplanet with a low-metallicity methane-depleted atmosphere and Mie-scattering clouds