Where did Mars get its organic molecules? 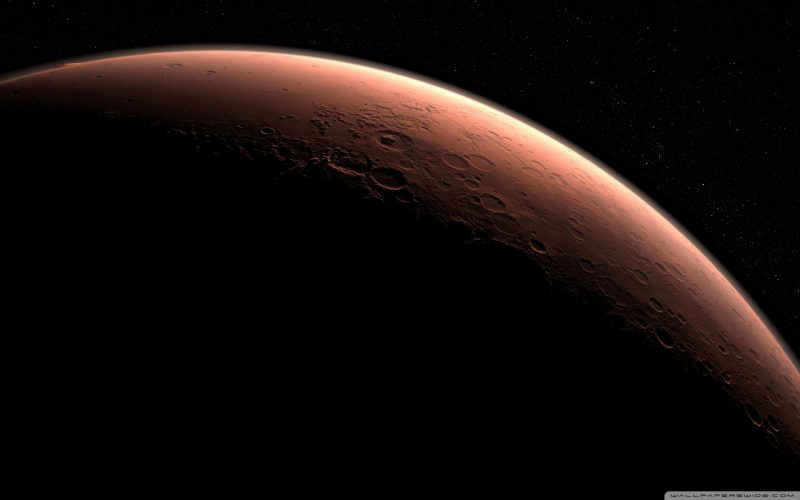 Here’s the latest installment of the organic molecules from space story. Now it appears that asteroids and comets were a much more important supplier of organic molecules to Earth’s neighboring planet Mars than expected. Organic molecules are the sorts of molecules typically found in living things. They’re usually composed of carbon atoms in rings or long chains, to which other sorts of atoms – elements such as hydrogen, oxygen, and nitrogen – attach. Because Mars is our neighbor, studies of organic molecules on Mars have implications for the way Earth got its life.

The new study comes from an interntional team of researchers, led by a Ph.D. student at the University of Groningen, Kateryna Frantseva. The findings have been accepted for publication in the peer-reviewed journal Icarus. The scientists’ statement said:

Until now, astronomers assumed that the organics on Mars mainly came from dust particles from space. Now, computer simulations by an international team of researchers … indicate that one third of the material comes from asteroids and comets.

[The research team] suspected that the theory of the dust particles could not be the whole story. The scientists assumed that some of the organic molecules might be delivered by asteroids and comets. To investigate this, they built a computer model of our solar system including hundreds of thousands of asteroids and comets. Then they used Peregrine, the supercomputer of the University of Groningen, to run the computer model for a few weeks.

The calculations show that 192 tons of carbon per year end up on Mars. That is comparable to eight truckloads. Approximately 129 tons (67%) of carbon come from interplanetary dust particles. But asteroids also deliver another 50 tons per year (26%) and comets provide about 13 tons (7%) of the organic material.

This research team says its work has consequences for future and current Mars missions. Mars rovers, according to the astronomers, should look closely at the impact craters of asteroids. In those places, a lot of organic material could be found.

Furthermore, the research also has implications for the chance of life on exoplanets. Study leader Kateryna Frantseva explained:

Near other stars, there are also exo-asteroids and exocomets that can shower the surfaces of exoplanets with carbon. If, on top of that, there is water, then you have the required ingredients for life.

These researchers say they are now focusing on the planet Mercury, where water has been found. They want to estimate how much water on Mercury might be delivered by asteroids and comets. After that they want to extend their research to planetary systems around other stars.

Source: Delivery of organics to Mars through asteroid and comet impacts, 2018 accepted for publication in Icarus (free preprint here)

Thank you! Your submission has been received!
Oops! Something went wrong while submitting the form.
END_OF_DOCUMENT_TOKEN_TO_BE_REPLACED