Giant Jupiter is a frequent target for asteroid strikes, in part because of its size. This impact is the 5th we’ve seen in the past decade. 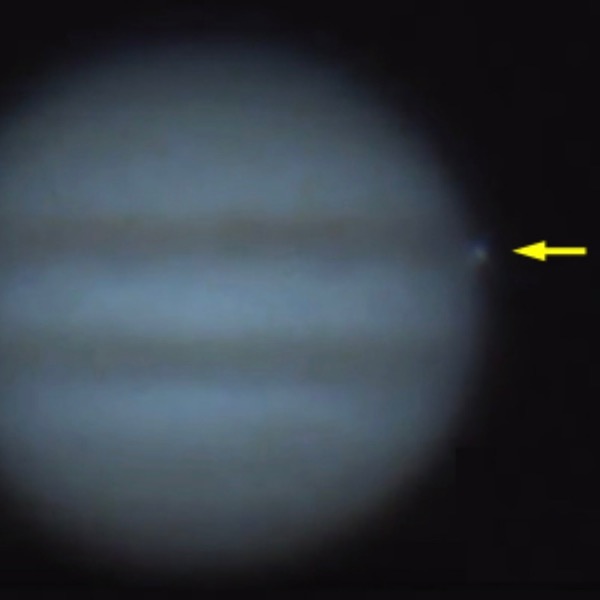 Cropped still from a video by Gerrit Kernbauer of Austria.

Two amateur astronomers apparently caught a flash on Jupiter on March 17, 2016, a possible indication of an asteroid striking the giant planet’s upper atmosphere. Gerrit Kernbauer of Mödling, Austria captured the image above. He wrote on his YouTube page:

… I was observing and filming Jupiter with my Skywatcher Newton 200/1000 Telescope. The seeing was not the best, so I hesitated to process the videos. Nevertheless, 10 days later, I looked through the videos and found this strange light spot that appeared for less than one second on the edge of the planetary disc. Thinking back to Shoemaker-Levy 9, my only explanation for this is an asteroid or comet that enters Jupiter’s high atmosphere and burned up/exploded very fast.

Experts agree that it looks like an asteroid strike.

John McKeon in Ireland caught the flash, too, while making a 3½-hour-long time-lapse video of Jupiter and its moons. He wrote on his YouTube page:

The original purpose of the imaging session was to get this time-lapse, with a happy coincidence of the impact in the second last capture of the night.

Here are the two videos, first Kernbauer’s and then McKeon’s:

Apparently, asteroid impacts to Jupiter’s atmosphere happen “pretty much all the time” according to a statistical analysis, reports Skyandtelescope.com:

… Ricardo Hueso (University of the Basque Country, Spain) and colleagues estimate that objects with diameters 5 to 20 meters across, as these impactors likely were, should collide with Jupiter anywhere from once to five times per month.

And, assuming the evidence continues to be solid that the March 17 flashes were due to an asteroid strike, we’ve seen five impacts on Jupiter over the past decade. Skyandtelescope said:

The largest of these occurred July 19, 2009, and it left a distinctly dark ‘powder burn’ in Jupiter’s upper atmosphere first spotted by Australian astro-imager Anthony Wesley.

That was followed by three lesser strikes on June 3, 2010 (recorded independently by Wesley and Christopher Go); on August 10, 2010 (independently seen by Masayuki Tachikawa and Kazuo Aoki); and on September 10, 2012 (seen visually by Dan Petersen and independently recorded by George Hall).

Counting the historic multiple-hit crash of Comet Shoemaker-Levy 9 in July 1994, that’s a grand total of six impacts on Jupiter in the past 22 years — with five of those in the past decade! 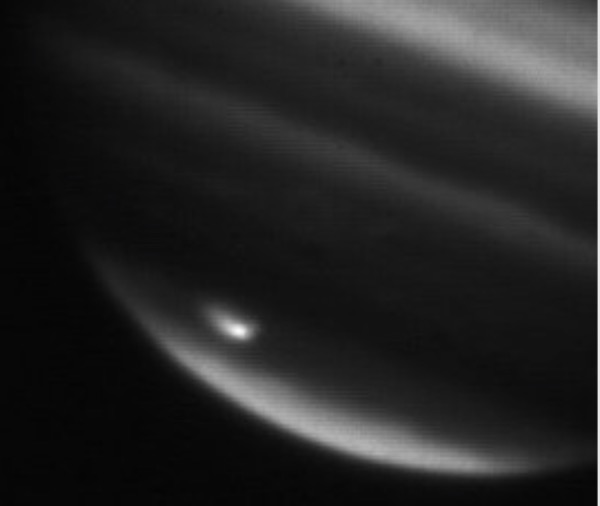 Following up on a tip from amateur astronomer Anthony Wesley of Australia, a NASA infrared telescope caught this ‘scar’ on Jupiter’s south polar region on July 20, 2009. It appears to have been the largest of 5 impacts on Jupiter over the past decade … or at least the largest we’ve caught on film. Image via NASA/JPL/Infrared Telescope Facility. 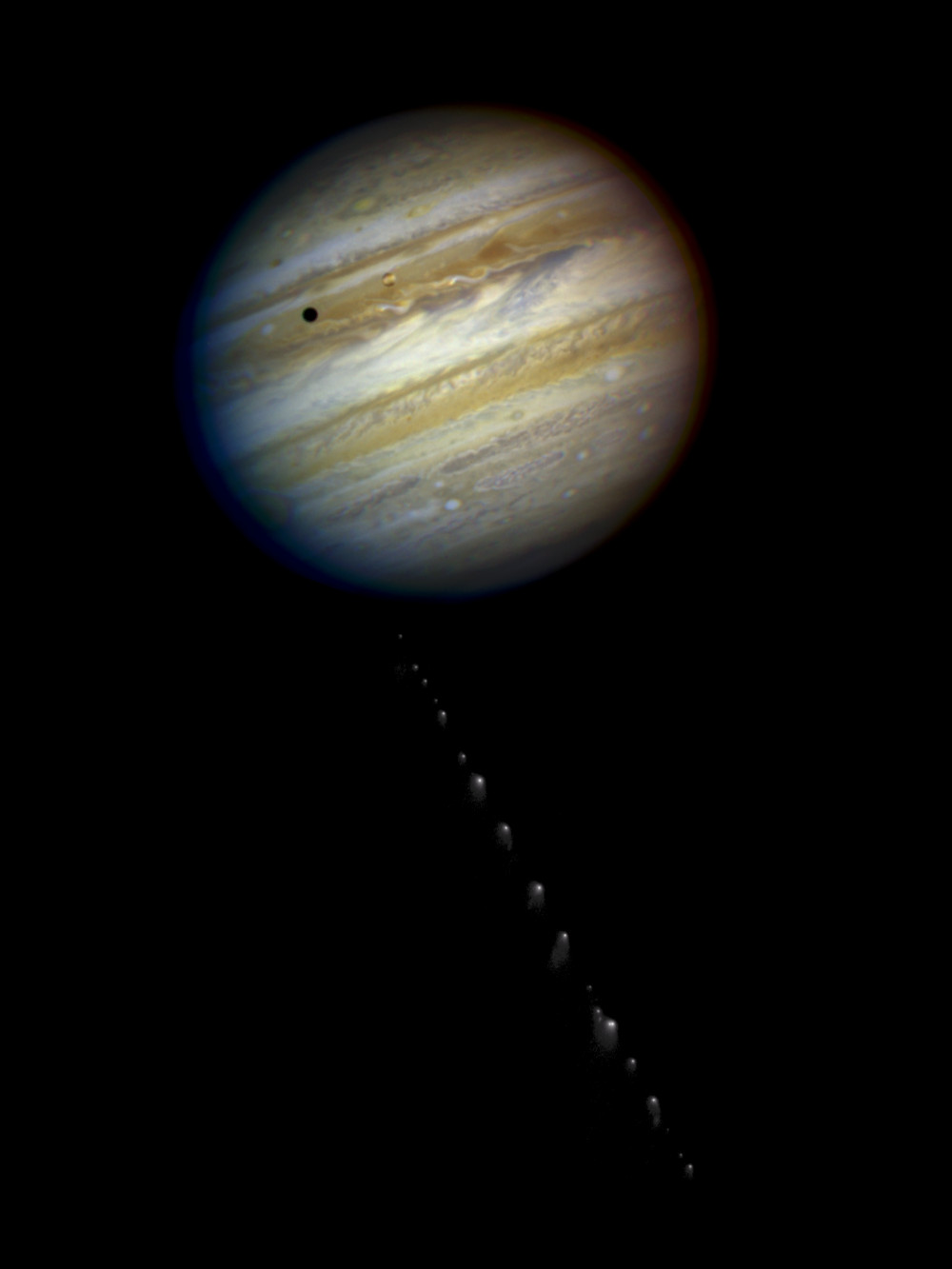 View Larger | Hubble composite image of Jupiter and Comet Shoemaker-Levy 9 in 1994. That impact was predicted in advance, and very spectacular! Read more about this image, which is via NASA, ESA, H. Weaver and E. Smith (STScI) and J. Trauger and R. Evans (Jet Propulsion Laboratory).

Bottom line: Giant Jupiter is an easier target for asteroids than Earth, and it apparently gets hit often. Two amateur astronomers appear to have caught an impact on video on March 17, 2016.