The meteor was seen over Russia on June 21. Now scientists from Ural Federal University are reporting finding meteorite fragments from the event. Plus … why are so many large meteors seen over Russia?

A bright meteor was seen in near daylight on June 21, 2018, over several Russian cities, including Lipetsk, which is located southeast of Moscow. There are also reports now of the meteor having been seen from Moscow itself. And now the first meteorite fragments are reportedly being found. The first to be found is about 1.18 inches (3 cm) across. Scientists from the Ural Federal University reported finding it near the town of Yelets. Search operations are still underway, as other fragments may be found in the area.

The small space rock found this week is a stony meteorite, whose properties will be studied in detail in a laboratory. 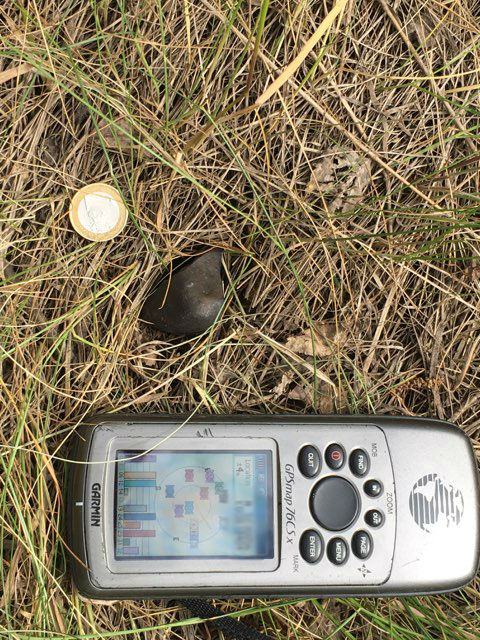 One of the 1st fragments found from the bright meteor seen over Russia on June 21, 2018, via vk.com.

The fast fireball seen on June 21 produced an amazing smoke trail that remained visible during several minutes. NASA’s fireball records indicate the event occurred on June 21 at 01:16:20 UTC. Sensors detected that the space rock produced an explosion equivalent to 2.8 kilotons. That explosion size corresponds to the disintegration of a small asteroid of about 13 feet (4 meters) in diameter. That size is in contrast to the estimated 65-foot (20-meter) asteroid that exploded in the air over Chelyabinsk, Russia, in February 2013.

Infrasound sensor detectors registered the low frequencies produced by the explosion of the space rock as it entered Earth’s atmosphere. And some people caught the meteor on dashboard cameras, as in the video at the top of this page by Alexander Dundin.

Although intense friction with the air caused most of the space rock to disintegrate, small fragments have reached Earth’s surface. 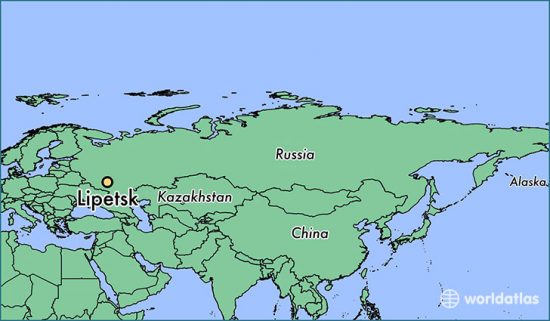 Location of Lipetsk, Russia, one of several cities over which the June 21 daylight meteor was seen. Image via World Atlas.

Why so many meteor events over Russia? Russia is the largest country in the world, thus its large territorial extension makes it the target with most probability for a space rock to hit, after the seas. About 70 percent of our planet’s surface is covered by water, which means that most meteorites do fall into the sea.

Science centers and museums around the world will celebrate Asteroid Day on June 30, an event to create awareness and educate our communities about asteroids. 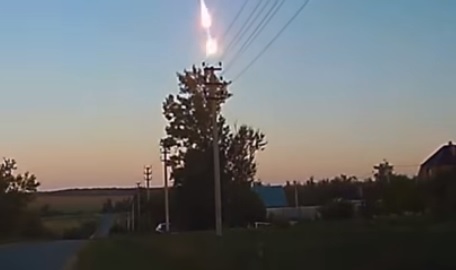 Bright twilight meteor seen over several Russian cities on June 21, 2018. Image is a screen shot from the video above. 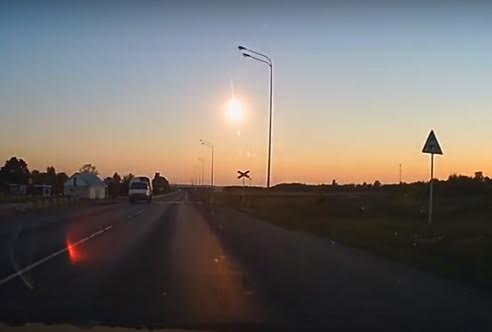 Bottom line: Images and video of the 13-foot (4-meter) asteroid seen in near daylight on June 21, 2018, over various Russian cities. It exploded in the air, but some fragments have reached the ground and the first fragments have been found. Plus … why so many large meteors are seen over Russia.