Posted by Eddie Irizarry and Deborah Byrd in Space | March 8, 2018

Asteroid 2017 VR12 passed at 3.76 times the moon’s distance on March 7. Here are images and video of its sweep past Earth.

This morning, our live streaming coverage of asteroid 2017 VR12 was amazing.

As 122 minutes are shown in 0.25 minutes, this video is showing the asteroid moving about 500 times faster than in reality. 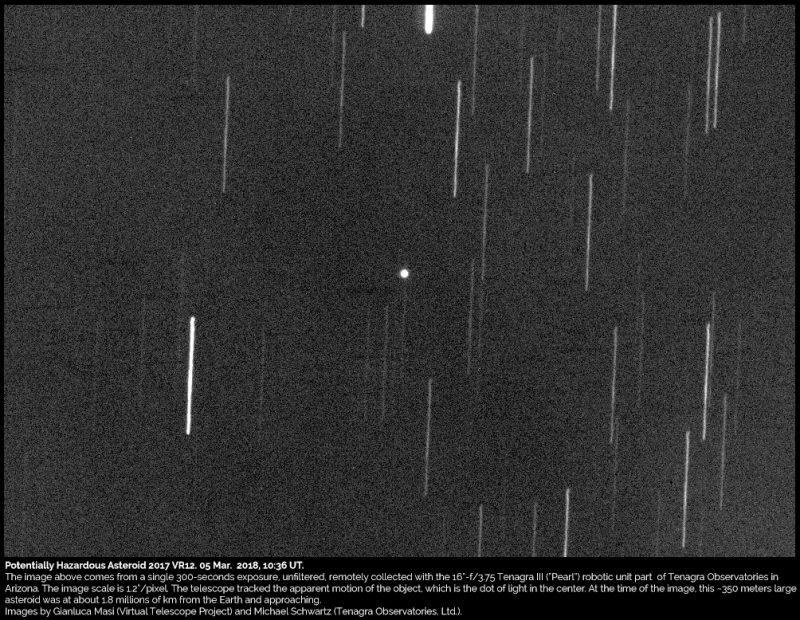 Professional astronomers have been following 2017 VR12 since it was discovered on November 10, 2017, by the 60-inch Pan-STARRS 1 telescope in Hawaii. NASA’s Goldstone Radar in California was beaming radar signals at the asteroid, and recording those that bounce off it, between March 5 and 7. Radar can show scientists the shape and rotation of the space rock. We haven’t seen any radar images of the asteroid released yet, but will post them in this article if we see them.

This asteroid is supposed to be a good radar target for professional astronomers, because of its relatively large size.

Asteroid 2017 VR12 offers no risk to Earth this time, however.

Calculations show this space rock will come no closer for at least the next 177 years than it did on March 7.

Because it has the potential to make close approaches to Earth and is big enough to cause significant regional damage if it were to strike, 2017 VR12 is classified as a Potentially Hazardous Asteroid by the Minor Planet Center.

As asteroids go, asteroid 2017 VR12 is considered medium-sized. Ceres, the largest asteroid (now classified as a dwarf planet), is 588 miles (946 km) in diameter (but objects the size of Ceres stay in the asteroid belt, far from Earth). 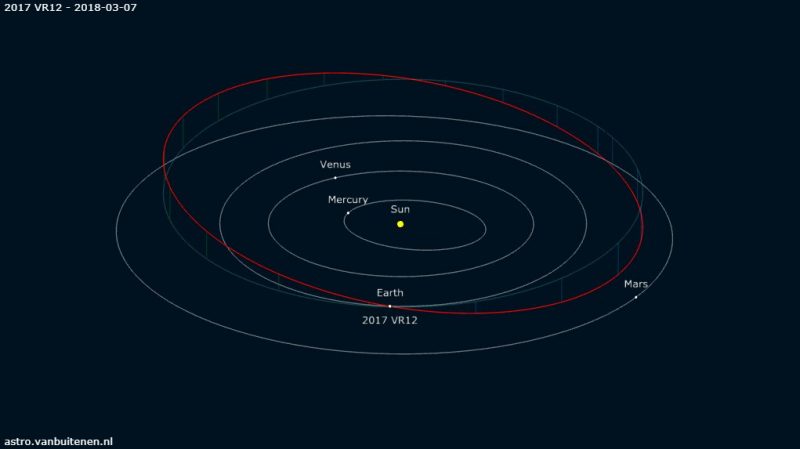